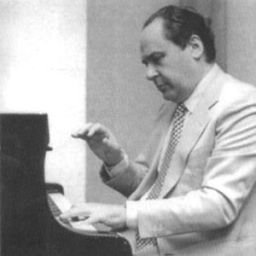 Apart from Ennio Morricone, Bruno Nicolai is probably the composer/conductor that most soundtrack collectors and film buffs alike associate with the music for the Italian cinema, in particular the scores for the Spaghetti western genre. His style was not unlike that of Morricone’s and at times it was very difficult to differentiate between the two composer’s works for film and television. So much alike were their styles that many people outside of Italy during the late 1960,s and early 1970,s were of the opinion that Nicolai and Morricone were one and the same person, this opinion was also reinforced in the eyes of collectors because Bruno Nicolai conducted Morricone, s scores and his name appeared regularly alongside Morricone, s on screen.

Bruno Nicolai was born in Rome in 1926. He studied with Aldo Manitia for piano and Antonio Fernandi and Godfredo Petrassi for composition. Petrassi was also responsible for schooling Morricone in composition, and that is probably why the two composers had similar styles in composition and orchestration. Nicolai also studied organ with Ferruccio Viganelli. Nicolai, s entry into film music as a composer came in 1963 when he scored HEAD OF THE FAMILY,then in 1964 he  collaborated on the score for the sequel to MONDO CANE, which was very originally titled MONDO CANE 2. The composers break into bigger projects came in 1965 when ennio Morricone asked him to conduct the score for sergio Leone’s FOR A FEW DOLLARS MORE, after this Nicolai and Morricone worked on numerous projects together,Nicolai either being musical director or collaborating with Morricone on the composition of scores such as OPERATION KID BROTHER and A PROFESSIONAL GUN. In 1966 he conducted Morricone’s classic score for THE GOOD THE BAD AND THE UGLY, after this Nicolai began to work as a composer in his own right and started to be commissioned to write scores for all types of movies. As well as composing soundtracks for the cinema, Nicolai conducted many works for film, and during his career was employed by many well known Italian film music composers, these included, Ennio Morricone, Nino Rota, Luis Bacalov and Carlo Rustichelli. Nicolai also had a keen interest in classical music and spent much of his time studying the scores of past musical masters such as Beethoven and Mozart. He also would at times perform on soundtracks for movies; this was in the main as a keyboard player or an organist. Nicolai would often be offered scores for movies when Morricone was not available. 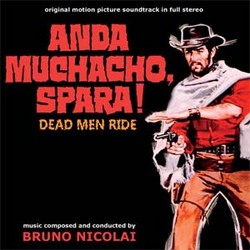 So at times he would be conducting for Morricone, playing organ for Rustichelli whilst at the same time composing a score of his own for a western or otherwise. In 1969, Nicolai penned the soundtrack for an American produced western entitled LANDRAIDERS; this contained a particularly haunting theme and also a driving and powerful main score. Arguably this is Nicolai, s best western score, and although it contains passages and musical phrases that are very much in the style of Morricone, most of the soundtrack is pure Nicolai. Morricone,s success unfortunately overshadowed much of Nicolai,s musical output, and many collectors and critics alike considered Bruno Nicolai to be a mere Morricone clone. This of course is not true, and Nicolai was a great composer possessing much originality and talent. One only has to listen to his music for the movies as produced by filmmaker  Jesus Franco. IL CONTE DRACULA, 99 WOMEN & IL TRONO DI FUOCO being particularly worthy examples. Nicolai, s scores for Italian made westerns are also of a very high quality, and contain many of the musical sounds and trademarks that are associated with that genre, but they also have  a secondary sound that is similar to the music that was employed in American made westerns which is  grandiose, sprawling and vigorous, and this style combined with the rawness and savagery of the established spaghetti western score creates an interesting and  original sound.

During the 1970,s Nicolai established his own recording label, this was for the purpose of releasing his own film scores and other musical works, a small an independent label EDI-PAN released a number of albums, but was not really that widely distributed, and this is probably why Nicolai, s soundtracks were always  difficult to obtain outside of Italy in the days of vinyl. The label still operates today, and is helmed by the composers daughter Julia, she took charge of things when her Father passed away in August 1991.  Since his death many of the Maestros soundtracks have made an appearance on compact disc He died on August 16th 1991, he was just 65, Unfortunately the composer’s death went almost unnoticed, and the vast majority of soundtrack collectors that were aware of his music did not receive news of the composer’s death until some two months later. His passing left a void in the Italian film music fraternity, a void that in many peoples opinion has never been filled.