One of your most recent scores for film is GAGARIN-FIRST IN SPACE, how did you become involved on the project?

Back in 2008 I met director/producer Anthony Waller who happened to be the creative consultant and editor and on this production. When Kremlin Films started looking for a composer, Anthony called me and asked if I was interested to write some music to picture, as a pitch, for the Executive Producer Oleg Kapanets in Moscow. I was also told that Russian composers were also writing so I knew had to really “bring it” to win the gig. I scored two scenes and a couple of weeks later I got the good news.

The score has already been released as a download and is due for compact disc release in August of this year, were you involved with the release in any way, i.e.; selection or sequencing of cues etc?

We worked very closely with Mikael (Movie Score Media) and it was a back and forth process. I initially sent him all the cues from the film, with suggestions of what we could leave out. We then worked organically in editing and improving the flow of the soundtrack while trying to keep the music in the order it appeared on the film.

The score for GAGARIN is performed by the Russian State Orchestra; how large was the orchestra that you utilized and did you conduct at the recording sessions or did you supervise whilst the film was being scored?

We had 80+ musicians in the orchestra. I always prefer conducting myself, but this time round I decided to supervise from the recording booth. I knew we had to push the orchestra time wise since we were limited in the recording and mixing studio hours. Therefore I wanted to make sure I got exactly what I wanted in the recording signal rather than spending time in post-production finding the right take, editing etc. We had the resident conductor of the orchestra, Sergei Skripka who did an excellent job!

The choral work on the score is stunning and there is a soprano solo who was the soloist?

Thanks! The choir was truly magical. We had a group of 16 which we double tracked, but Russian vocalists are renowned for their depth and lyricism. It sounds like a choir of 64 rather than of 32. The soloist’s name was  Ljubóv Temnova and I also had my friend Dora D sing a few ethnic sounding passages.

You were born in Cyprus, and I understand that you began by studying piano and violin, but also were influenced by heavy metal and jazz music, what made you decide to begin to start writing for film or was this something that you had already decided to do?

I think film music was embedded in me subliminally as my parents loved big Hollywood films of the 50s and 60s. So as you can imagine growing up hearing the big themed orchestrations by the best composers in history, one gets attached to the particular sound.  I love writing all types of music, but I enjoy being in front of an orchestra the most.

You studied at Berklee College in the United States and also at the Royal College of Music in London, was this solely for composition?

I graduated from Berklee with a dual major degree, in composition (classical) and film scoring. At the Royal College of Music I continued my studies with a masters in Composition for Screen. Moving to London was actually a very useful geographical change, because in London we  followed a “European” approach in scoring and we explored music from various productions around the world, and how they differed from traditional Hollywood scoring. 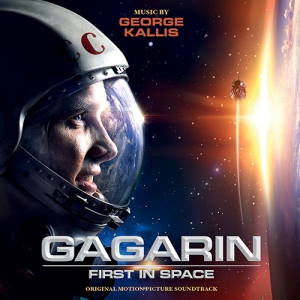 What is your favoured instrument when working out your musical ideas?

Piano is my main instrument but I don’t have a favourite way to compose. A theme can come from anywhere and depends on the circumstance. I might whistle a melody while watching a picture and it might just ‘glue” onto the scene. Or I can spend some time on the guitar (self taught) and experiment by de-tuning a few of the strings to see what I can come up with. Or the more traditional piano/keyboard approach if I am in a hurry!

You have worked on many mediums of film i.e.; features, advertisements, shorts and also documentaries for TV, what would you identify as the main differences between working on a feature as opposed to working in television for either a series or an advertisement?

Each medium has its own variances. The wonderful thing about composing in long format (features and TV series) is that you can write themes, motives and passages that you can develop and keep them appearing in different permutations throughout the film. In a movie everything has to be written within a specific time-frame (around 6-8 weeks if you are lucky, sometimes its 3 weeks!). In a series you have to work a little bit more sporadically, and what I like to do is write a lot of material at the very beginning. This enables me to re-arrange and restructure the music so as to have more solutions in the weeks to come. Commercial spots are a lot of fun to do, and although they require less time to compose due to their short duration, spot producers are usually very demanding, as they themselves have to account to their clients (brands they represent). They expect a very polished high-end music production.

Do you orchestrate all of your own music or are there occasions when you use an orchestrator, and do you also think that orchestration is an important part of the composing process?

I do orchestrate (I started my career as an orchestrator and copyist), but as time is of the essence nowadays I have to get “reinforcements” in. My mock-ups are quite detailed but transferring everything from the computer onto score paper is a time consuming process. A week before the recordings sessions in Moscow I received a new cut of the movie. Without my orchestrating / copying team (Michael and Akiko) I would have found it very difficult to bring everything together in time for the recordings! I thank them dearly! 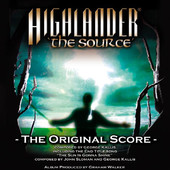 To what extent do you incorporate electronics into your scores or does this vary depending of the needs of each individual project and what technology do you utilize to aid the composing process?

I love using electronics and musical sound-design but I do prefer having a solid melodic score and work the electronics around it. A lot of directors are looking for non-thematic ideas nowadays and focus too much on atmospheric beds. I understand this approach to a point as it makes things more “real”, but a lot of the times  it is not as effective as such scores become lost and are not memorable.  I am a logicpro user since my days at Berklee and use a lot of soft samplers, synths and the latest sample libraries out there.

You wrote the opening titles for the BBC series HORIZON when it celebrated its 40th Anniversary, how did this assignment come about?

I was working as an assistant to composer Guy Michelmore who was doing a lot of TV work at the time. I received a call from the BBC that they were asking a few composers to pitch a new theme arrangement for the 40th anniversary of the documentary and wanted Guy’s take as well.  As Guy happened to be away on holidays I asked for permission from him to send my version in, and I won the gig.

How many times do you like to see a movie or project before beginning work on the actual composition of the score?

I usually see it once (and make my initial notes) and then once again with the director to finalize the spotting notes. I don’t think that watching it over and over again is beneficial.  I find that my first hunch is always the best. If I do find a scene difficult to understand I definitely go back to re-evaluate.

Do you or have you ever performed on any of your scores?

Most of the times I pre-record the piano myself and those recordings end up onto the final mix. Same with some light guitar passages or any weird instrumentation like flute sounding effects which I can do on ethnic recorders etc.

What composers would you say have had some influence upon your style of writing or indeed the way in which you score a movie?

I think Basil Poledouris’ score for Conan had a big impact on me. Amazing rhythms, themes and orchestation. Basil was also Greek and his themes / motives definitely have that Greek / Byzantine influence. Another composer I grew up listening to was Miklós Rózsa. The themes from King of Kings, El Cid and Ben Hur are just stunning. They are in my 10 out of 10 musical works!

JOY DIVISION contains a very dramatic and also emotional score, what size orchestra did you use for this movie and where was the score recorded?

Thank you! Joy Division was a very interesting WWII movie, told from the “other” side, a German teenager forced-drafted into the Nazi army and then into the Russian secret service as an adult during the cold war. The movie, written and directed by Reg Traviss, gave me a lot plots and characters to work with so I wrote quite thematically. We recorded in Bratislava with the Slovak Radio Symphony Orchestra, with around 60 musicians.

You have worked on projects from a number of countries, where are you based?

I am now based in Los Angeles after spending 11 years in London. I will continue to write music for international films since they require a different sensibility which makes things more fun!

What in your opinion is the purpose of music in film?

I believe that in modern commercial film making the musical score is just another character to a movie and should be allowed to “perform”!