Founded by the man with the harmonica (from Once Upon  a time in the West) Franco De Gemini, this long established soundtrack specialist continues to release numerous Italian soundtracks and is also promoting Italian films and film music.

A small independent label helmed by soundtrack lover Godwin Borg. Kronos maybe a small label but it releases big soundtracks and its catalogue is filled with interesting and original film scores. 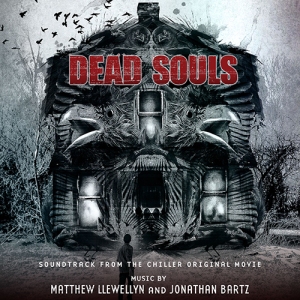 Film music company MovieScore Media was founded by former journalist Mikael Carlsson in November, 2005. Best known for its two soundtrack labels, MovieScore Media and Screamworks Records, the company has released  over 150 score albums and received one Grammy Award nomination and multiple nominations for the ‘Soundtrack Label of the Year’ award by the International Film Music Critics Association.

MovieScore Media has released around 200 soundtrack albums and since the launch of the company in 2006. Among the many acclaimed albums are Merlin (Rob Lane), Let the Right One In (Johan Soderqvist), Pandorum (Michl Britsch), Treasure Guards, Age of Heroes and A Lonely Place to Die(Michael Richard Plowman), Centurion (Ilan Eshkeri), Submarine (Andrew Hewitt), In a Better World (Johan Soderqvist) and The Innkeepers (Jeff Grace).

Recently, an album released by MovieScore Media’s sub-label Screamworks Records, The Shrine (music by Ryan Shore), was nominated for a Grammy in the ‘Best Score Soundtrack for Visual Media’ category. MovieScore Media has been nominated to the International Film Music Critics Association Award for ‘Film Music Record Label of the Year’ six years in a row.

An up to date website that caters for all collectors of film scores old and new.  The site contains reviews, interviews and articles all of which are to do with film music and the composers that write for film.