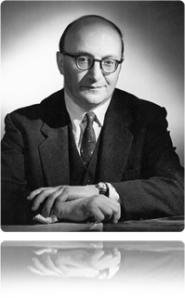 Franz Reizenstein was born in Nuremberg on June 7th 1911, his father was a doctor and also an excellent amateur pianist, his elder sister was an artist and his elder brother played the violin. Reizenstein’s Mother was also very musical and was astonished when her two year old son could sing back any of the songs that she had just sung to him in perfect pitch and time. At the age of just four Franz began to teach himself to play the piano, and it was also at this time that he begun to compose short pieces of music. When Franz was a teenager the sudden death of his father inspired him to compose a piece in his memory. At 17, Reizenstein decided to study composition under Paul Hindemith in Berlin. Despite opposition from his uncle he eventually went to Berlin in 1930. As the thirties progressed the Jewish Reizenstein relocated to the Royal College of Music in London, where he continued to study composition under Vaughn Williams and also continued his piano studies under Solomon. Reizenstein never returned to Germany, instead he adopted British nationality and remained in London until his untimely death at the age of 57. He left a wife, Margaret, and also a son John.

Although Reizenstein was thought of as a serious musician and composer, by this I mean he composed mostly for concert hall performance. He did make a number of forays into the world of film music, most notably the composer worked on Hammer films production of THE MUMMY in 1959 which was the composer’s film music debut. His score is sweeping and dramatic but also remains romantic and melodically lush and lavish. The central theme that he wrote for the movie doubles as a love theme of sorts and depicts THE MUMMY’S (Kharis) centuries old obsession for Princess Ananka. Reizenstein, reprised the principal theme throughout his score and it is performed in a number of variations and arrangements an assortment of instrumentation. Although the central theme is essentially the heart of Reizenstein’s score, the composer also created secondary and other minor themes for the soundtrack which are just as important and integral to the movie and the story that is unfolding upon the screen. The images of the Mummy frantically smashing its way into Peter Cushing’s character John Banning’s library and study is underlined and accompanied by rasping brass, which blares out over driving and urgent sounding strings that are themselves supported and punctuated by a chaotic sounding Xylophone. This exciting composition stops abruptly as Banning’s wife Isobel enters the room, Kharis see’s her and believes her to be he lost love Ananka,

The Mummy ceases his attack on Banning and beats a retreat out of the house and into the night. The sense of excitement and atmosphere of Kharis’s ferocious attack on Banning is assisted greatly by Reizenstein’s highly volatile and vibrant musical score. The movies climatic scene is another example of how much the score aided the impact of the images and just how images and music can and should work in film as one. Kharis returns to Banning’s house, this time the evil Mummy is intent on killing him, things however do not go to plan and Kharis abducts Isobel, Pursued by the Police, villagers and Banning, Kharis is chased into a swamp. Booming percussion racing timpani and short brass stabs underline the scene. When Kharis is shot down Reizenstein’s urgent timpani begins to slow as if to be the heartbeat of the Mummy, and as the creature disappears below the swamp Reizenstein’s musical accompaniment fades and eventually stops. Reizenstein was at the top of his musical game when Hammer asked him to write the score for THE MUMMY, His music was quite unique and the composer placed his stylish and original musical fingerprint upon the production, the idiom of his music being unmistakably 20th Century but not avant-garde. 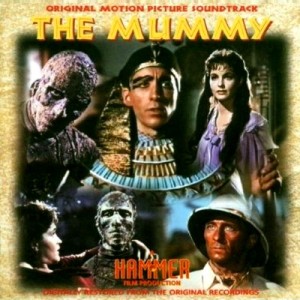 Many composers in the first half of the century became beguiled with the twelve tones series system, but Reizenstein found that the strict system cramped his natural style and he never cared for the tight intellectual music it produced. Reizenstein’s music flows naturally from melodic ideas and harmonies with which the listener can easily identify. He composed concertos for piano, violin and cello with orchestras, and two large-scale choral works, VOICES OF NIGHT and GENESIS. The latter was commissioned for the Three Choirs Festival of 1958, which was held at Hereford Cathedral. The success of VOICES OF THE NIGHT led the BBC to commission him to write the first opera for radio, entitled ANNA KRAUS. It was the British entry for the prestigious Italia Prize. Reizenstein also composed music for a number of documentary films, and provided incidental music for a number of BBC productions.

Shortly after completing his score for THE MUMMY, he wrote the music for Sydney Hayers shocker CIRCUS OF HORRORS (1959). As a composer Reizenstein was versatile and this became even more evident when Gerard Hoffnung asked him to write two works for the Hoffnung Concerts. At first Reizenstein was reluctant and refused, he argued that he was a serious composer who would be reluctant to let his hair down at the Royal Festival Hall, Hoffnung persevered, however and Reizenstein contributed the witty CONCERTO POPOLARE or (the piano concerto to end all piano concerto’s)and the hilarious LETS FAKE AN OPERA.