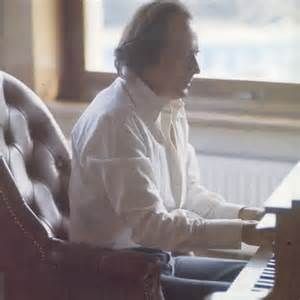 Riz Ortolani was born in Pesaro Italy on  September 4th,1931.He began his career as a singer and moved on to doing arrangements for many of his fellow artists at the beginning of the 1950,s as the 1960,s approached the composer decided that he would concentrate all of his efforts into writing music for motion pictures. One of his first assignments was it turns out to be his most successful and certainly his most lucrative. The music for the documentary film MONDO CANE (world of dogs) which Ortolani co-wrote with Nino Olivero contained the song “MORE” which proved to be a popular piece, and enjoyed worldwide success. It has been confirmed that the song has been performed on no less than seven million occasions since it was originally recorded for the movie score. Ortolani has worked extensively scoring films and also television projects, he was highly successful in his native Italy and much in demand by film makers within the country. But Ortolani also gained a reputation for being a composer of worth and talent outside of Italy and Europe and is along with Ennio Morricone and Mario Nascimbene one of the few Italian composers from the period of the 1960,s through to the late 1970’s to be offered numerous scoring assignments in Hollywood and England, for example Ortolani worked on productions such as THE GLORY GUYS, ANZIO,THE McKENZIE BREAK and SEVENTH DAWN plus he also penned the score for THE YELLOW ROLLS ROYCE which contained the song, “FORGET DOMANI” and MADRON the latter he received an Oscar nomination for best original song, “TILL LOVE TOUCHES YOUR HEART”. The composer was like many other Italian composers who scored movies very active within the genre of the Italian or Spaghetti western, writing the soundtracks for approximately 20 movies within that genre. These included, DAY OF ANGER, A REASON TO LIVE A REASON TO DIE, THE UNHOLY FOUR, NIGHT OF THE SERPENT, BEYOND THE LAW and REQUIESCANT. However the composer did come in for some criticism when scoring Spaghetti westerns as many people, critics and soundtrack collectors alike were of the opinion that his music was not harsh enough for this particular genre, it somehow did not contain the rawness or the savagery that was displayed by other composers who were active within the same genre. Ortolani’s scores being thought as being to lush and romantic, however when he wrote the music for the British made western, THE HUNTING PARTY (1971) the composer produced a fierce sounding score that contained a dramatic electric guitar rift and also had at its heart a driving composition that was performed on strings and punctuated by brass with an upbeat percussive background. His soundtracks for thrillers and also comedies were well received as were his scores to numerous horror movies and Italian Giallo pictures.

Ortolani has scored over 300 motion pictures  and has had an illustrious musical career that  lasted nearly 60 years, he passed away on January 23rd 2014.