I have collected soundtracks from movies for many years now, I suppose I am what is called old school. When I started to collect film music I did not have any idea that I would be listening to and enjoying music from games for the computer or ps3 or x box, but the music for many of these games is highly original and certainly delightfully entertaining. Lorne Balfe came to my notice firstly when Varese Sarabande released IRONCLAD, and then because of this score I researched him and found out that he has been very active in providing additional music for some of cinemas blockbusters and also has produced as many, working alongside and collaborating with numerous composers.  His music for ASSASSINS CREED lll, THE TYRANNY OF KING WASHINGTON, is in my opinion a great soundtrack, and yes I know it is not essentially a film score, but it’s for images that are moving and are on screen so in my book this is film music. The score is performed by a 75 piece orchestra and has as support a scattering of electronic and synth percussive elements which take a hand in driving the music along at a swift and urgent pace. This is a well structured and musically engrossing soundtrack, that literally is a powerhouse of themes and sounds that are not only infectious but are also filled with originality and a rhythmic freshness that maintains a high level of drama and a rich atmosphere that oozes darkness and adventure throughout the entire score. The urgency and robust vibrant energy of the music is also complimented by a lighter more emotive side to the work, this can be heard via sorrowful cello solos and also heartrending violin in places that seems to weave its way into the score and rises out of nowhere to radiate a mood and ambience that is calming but also faintly apprehensive. What struck me the most about this score was the amount of music that is included on the compact disc, nearly 100 minutes, but here we have quality as well as quantity as it is consistently good throughout. Balfe’s momentous and imposing themes are filled with fearsome and forceful sounding thematic material that is unrelenting and striking; the orchestration too is inventive and at times ingenious, the composer creating wonderfully atmospheric and haunting sounds that have an almost unearthly and malevolent consistency to them. Of course the score is full of action music and at times this is literally full throttle, but it still maintains a thematic identity, the composer has the ability to create vast and fervent music which is filled with emotion and has heart and soul. The score opens with, ASSASSINS CREED lll MAIN TITLE, the composer introduces the cue with a layering of synthetic sounds that act a background to low key but rich sounding strings that have a warmth to them, these strings swell and become more forceful and lush with horns and percussion being introduced to act as an effective and suitably epic sounding support, the theme is taken on more fully by the string section and increases in not only momentum but also in emotion and romanticism. 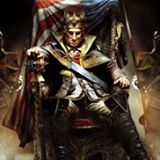 This piece sets the scene marvellously for the remainder of the score and the central theme returns on a number of occasions becoming a haunting and contagious listening experience. Track number two, RATONHNNHKE TON, commences with ethnic voice, which is underlined by mystical pan pipe effects the composer then introduces a Celtic sounding wind instrument that picks out the central theme briefly, strings then emerge and take on the theme the composer also introducing percussion and a striking vocal to the proceedings, this adds a great sense and feeling of emotion to the piece, with percussion becoming more up tempo throughout and brass making a contribution and as the cue progresses and develops it becomes one of those goose-bump moments in music. Track number 3, THE TYRANT, is a slightly more sinister sounding piece, it begins with low and ominous sounding strings which are underlined by subdued percussion, strings become more prominent as the cue begins to develop and the composer brings horns into the equation giving it a more epic and also a far more grand sound. The composition then moves into a more aggressive sound, with strident and driving strings taking the lead and percussion, woods and also brass being added as it gains momentum. This is a thrilling but at the same fearsome sounding cue, that is filled with a nervous and exciting urgency. To analyse every cue of this score I think would be almost impossible, let it suffice to say that ASSASSINS CREED-THE TYRANNY OF KING WASHINGTON is a score that you should own, it is entertaining,powerful,dramatic and above all its just great music. Even if you are not into game soundtracks, please give this one a listen, you may find many things here that you like and also this could be a perfect introduction to music for games. Highly recommended.