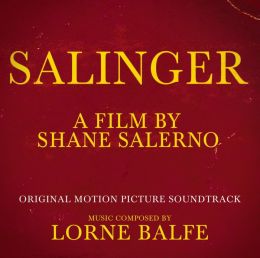 Salinger is a two hour documentary that attempts to tell the life story of acclaimed author J.D Salinger who although very talented and obviously tremendously fascinating, became a recluse and shunned the limelight. His most popular writing being, THE CATCHER IN THE RYE, which he penned in 1951.The music for the film is the work of Lorne Balfe, the Maestro has provided the movie with a subdued and also a very fragile and delicate sounding score in places. Balfe utilizes a small but effective string section for the soundtrack and also enlists piano and delicate sounding woods which combine with the strings or act as either a support or lead to them in many of the cues.  The composer also makes effective use of brass and percussion throughout and adds these to the equation at strategic moments. This is in my opinion is not a complex work but is one however that needs your undivided attention and the listener needs to stay focussed and concentrate on the music or they will miss some of its shining and wonderful excellence. It is for the most part a low key work but it also contains some darker tense and mysterious sounding passages that compliment its more beautiful and inspiring peaks. The orchestration is attention-grabbing and also contains an originality and sound that is not only effective but beguiling, interesting and attractive. Track number thirteen, WRITING CATCHER, for example, begins with a pleasant and haunting piano solo, which meanders along repeating a five note motif underlined by faint strings, these strings then increase in volume and become slightly more threatening in their style, subdued percussion and also a more up beat piano and guitar is brought into the mix and this leads to a more strident and certainly more dramatic passage performed by strings and percussion that take the cue to its conclusion. One of the most interesting cues for variation within the score I think is track number Fourteen, GASOLINE RAINBOWS, which  begins as a mystical and fairly subdued piece, but the composer via orchestration and also a gradual build up of the theme creates a vibrant and affecting piece written for brass, percussion and also strings,  it has humble and tantalizing beginnings, which introduce the cue and I must admit lull the listener into  thinking that it is a slow and gradually building composition that will remain so from beginning to end, that is until the composer raises the tempo slightly and brings into play a scattering of synthetic percussive support which gives the cue  more upbeat textures and adds a slightly colourful beat to the proceedings, then with a rumble of percussion Balfe  ushers in a highly expressive and lush sounding string section that relays a modern take on Americana, that is lavish and also emotive, this brings the cue to a shimmering and passionate filled conclusion that just oozes opulence.

The score I think touches upon many emotions, as I have said it is mysterious but at the same time it can be emotive and delicate, it certainly conjures up a sense of solitude in places and also I felt that there was a certain apprehension to it, almost a sorrowful and poignant stand offish ness that is underlined and purveyed by use of solo piano and touches of solo violin and wisps of woodwind, which hint at melancholy and loneliness. I loved the score, but have not yet had a chance to see the documentary, but I am confident that the music serves the movie well. Balfe’s music is a fusion of the modern and infectious granduer that is created at times by Hans Zimmer and also the intimate, romantic and fragile qualities  that were produced by composer Georges Delerue, Recommended.