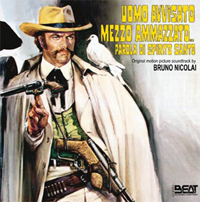 Released in the early part of 1972, UOMO AVVISATO MEZZO AMMAZZATO-PAROLA DI SPIRITO SANTO aka- THEY CALL HIM HOLY GHOST, was an entertaining and at times gimmicky Italian western, directed by Giuliano Carmineo and starring Gianni Garko. The movie which was set in Mexico focused upon the revolution in that country, and involved the main protagonist of the movie giving revolutionaries assistance in return for gold against a tyrannical politician General Urbarte who has proclaimed him self El Presidente. Garko’s character SPIRITO SANTO owns a pet dove whom he christens HAWK, which at certain times during the movie makes an entrance prior to Garko’s character coming on screen striking fear into his enemies. The movie is an unlikely romp, with a few implausible scenarios thrown in along the way but at the same time it remains enjoyable, attention holding and amusing. In fact it is probably a movie that brings into the equation elements from the best of the Italian western, by this I mean it combines the drama and also the edge of the seat tension of the ZAPATA western sub genre with that of the comedy/drama western such as THEY STILL CALL ME TRINITY etc. The musical score is by the great film music Maestro Bruno Nicolai, who produced a magnificent soundtrack that is filled with excitement, drama and also comedic musical passages and overflows with infectious and haunting themes. In fact the score is built upon a trio of central themes, with the composer utilising many of the now well known stock sounds and instrumentation from the spaghetti western genre. The opening track is a robust and some what rousing vocal performed by IL CANTORI MODERNI which has lyrics credited on the release to Giulia de Mutiis which I am 99 percent sure is an alias that Allessandro Alessandroni used on many occasions. LIBERTAD is in many ways similar to Morricone and Nicolai’s PACO theme from A PROFFESSIONAL GUN or even Cipriani’s music for THEY CALL ME ALLELUJAH and Waldo De Los Rios music for SAVAGE PAMPAS, sung in Spanish and oozing patriotism and also having to it a rawness and vitality that carries the cue along at pace, altering sound and direction midway when the composer introduces male voices that more or less bark or grunt to accentuate the racing composition. The theme is heard four times on the compact disc each time the composer bringing something new to the piece via clever orchestration or arranging. 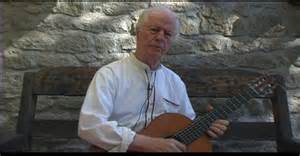 The second cue on the disc, opens with a flute warble that has certain affiliations with the short flute trill that accompanies Clint Eastwood’s character in A FISTFUL OF DOLLARS, this is followed by a short burst from a low key electric guitar that parodies Morricone’s familiar guitar death rift from FOR A FEW DOLLARS MORE, but after this the similarities between Morricone and Nicolai cease with the cue assuming a musical identity that is unmistakably Nicolai, organ, underlying strings and strumming guitar act as a background to the distinct whistle of Alessandroni, that is further enhanced and punctuated by little organ nuances. It is a somewhat laid back affair that has to it an underlying atmosphere of darkness and apprehension. I suppose comparisons can be drawn this time between this piece and the composers score for DEAD MEN RIDE another western which was released in the same period or near enough. The score for THEY CALL HIM HOLY GHOST is probably one of Nicolai’s best for a western, an accomplished work that should be savoured by Italian western fans old and new. The CD is presented very well, with colourful art work and numerous stills from the movie inside the CD booklet, which contains informative notes written in Italian and English by BEAT records Executive Daniele De Gemini. Well worth adding to your collection.