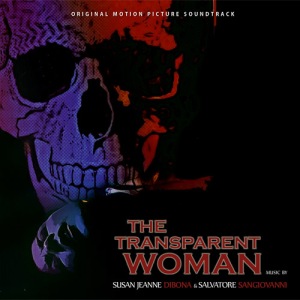 When listening to the musical score for THE TRANSPARENT WOMAN by composers Salvatore Sangiovanni and Susan DiBona without any knowledge of the film it would be quite easy to make the assumption that the music is taken from an Italian production that was released during the mid to late 1960,s. This is because the score is filled with numerous sounds, quirks of orchestration and musical trademarks that evoke the music from Italian cinema during that particular period and up to the late 1980,s. A flawless, sultry and seducing sounding female voice opens the work and immediately evokes the aural performances of Edda Dell Orso, the vocal pieces are placed throughout the score at key moments, supporting at times the various instrumentation that is utilised within the soundtrack but more often than not the seductive sounding wordless vocal is the heart of the work, infusing personality and attractively enhancing the proceedings. There is to the vocal performance a slight childlike aura which in effect makes it more sinister. This is effective in two ways, it lends to the movie a kind of romantic and sexy sound but at the same time it creates an apprehensive and at times foreboding and chilling mood. Nerve jangling strings and sinister sounding keyboard performances are at times interspersed with slightly melancholy and romantic sounding piano interludes punctuate and adorn the work. The composers have created a musical ambiance and style that is not a million miles away from the sound created by a number of renowned Italian film music Maestro’s who were gainfully employed in the 1960,s and 1970,s. When one explores the score the musical trademarks of composers such as Gianni Ferrio, Nora Orlandi, Luis Baclov, Piero Piccioni, Bruno Nicolai and Ennio Morricone shine through. Soundtracks such as THE BIRD WITH THE CRYSTAL PLUMAGE (Morricone), LA MORTE ACCAREZZA A MEZZANOTTE (Ferrio) and LO STRANO VIZIO DELLA SIGNORA WARDH (Orlandi) being prominent or at least a style that is akin to these works. What the composers Salvatore Sangiovanni and Susan DiBona have successfully accomplished is to create a respectful and tasteful Homage to not only the aforementioned composers but also they pay tribute to numerous Italian solo artists such as Edda Dell Orso, Mina and Alessandro Alessandroni and the highly original and innovative sounds that they collectively performed and at times helped to fashion, but saying this they have also given these sounds a more contemporary feel at times by placing upon them their own individuality and original musical fingerprint.

When listening to the score for THE TRANSPARENT WOMEN I found myself transported back in time to a period when Italian film music was for me exciting and innovative, and collecting was like a voyage of discovery where it was possible to find new composers every week and also to discover new movies on a daily basis or so it seemed, it was a period that influenced and also astounded many collectors, composers and critics alike as there was so much original and groundbreaking movies coming out of Cinecitta and a veritable landslide of original sounding music that enhanced, supported and ingratiated them.

This is a soundtrack that upon each listen one can find something that sounds familiar but at the same time something that is vibrant and fresh in its overall musical impact. There is also a handful of cues that are far removed from the rather taught and tense atmosphere that prevails throughout much of the score, these brief interludes of calm are welcomed but even these can be underlined with a brooding atmosphere that seems to be telling the audience all is not well. For example a music box type sound can be heard at the beginning of track number 8, the theme which it introduces however is soon passed to piano which is even more of a calming element, this is something that Maestro Gianni Ferrio employed at times within his film scores employing a more harmonious or romantic approach to scenes that were either violent or harrowing, thus the impact of a scene would be greater simply because the audience were being lulled into a false sense of security by the music. The score for the TRANSPARENT WOMAN is a mix or fusion of styles, we have on occasion an almost easy listening side to the work plus there are a few cues which are most certainly darker to the point of being harrowing thanks mainly to the composers use of strings and keyboards which are neither harmonious or discordant but border on both of these, the sounds created in the main by strings literally emanate an atmosphere that is uncertain and unnerving. Then there is another face to the work which manifests itself via the lilting and calming piano solos performed by both DiBona and Sangiovanni and a heartrending violin solo which seems to appear from nowhere at certain points within the score, although these are more subdued and less vexing they still have to them an underlying mood which is of apprehension and at times dread. Plus we have the exquisite wordless Female vocalising that returns throughout the scores running time which I am told is courtesy of composer Susan DiBona. This is a score that is filled with a shadowy and dark persona, but also one that contains its fair share of light and melodic content. 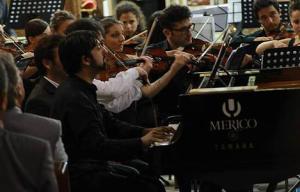 As I write I hear that the composers have won an award for their sterling efforts on THE TRANSPARENT WOMAN, they have been recognised for their outstanding achievement as composers in film and television by THE GLOBAL MUSIC AWARDS. All I can say is it is well deserved, and I look forward to more of the same. This is not just a score that takes its lead from the great Italian film music composers, it is much more than that, accomplished, inspirational and above all entertaining. Available for pre order now only from KRONOS RECORDS.Will be released early 2016. 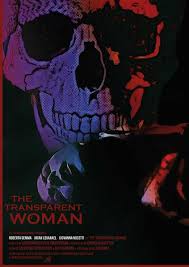