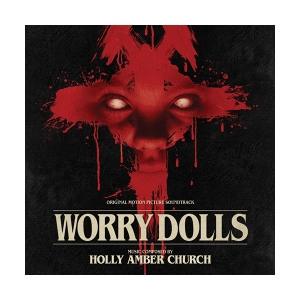 There have been a number of soundtracks to horror movies released of late, now the score for the horror movie or the horror genre in general was up until a few years ago a taboo subject or at least the release of music from horror movies was, unless of course it was by the likes of Jerry Goldsmith, John Williams and a handful of other A lister composers. It is recording labels such as Movie Score Media and its sister company Scream works that we collectors have to thank for dipping into the rich supply of horror scores that are written for film. It is down to these lovely people and other labels such as Howling Wolf etc that we can reap the benefits and add to our collections scores that probably ordinarily would not have seen the light of day. WORRY DOLLS is one such soundtrack, available on Scream Works this is a highly atmospheric and mysterious sounding work, that has the ability to send shudders up any listeners spine when played during the daylight hours let alone when it is aired at night. Composer Holly Amber Church has been working steadily scoring shorts, commercials and feature films creating a highly polished and deliciously attractive musical canon. Her music has added much to the productions that she has worked upon and one of her latest creations the score for WORRY DOLLS is no exception, this is a soundtrack that contains a plethora of sounds both electronic and symphonic, the composer fusing the two mediums seamlessly into a work that oozes not only foreboding and apprehension but is filled with sophisticated and distorted yet harmonious passages that not only work within the context of the movie but are entertaining in a perverse sort of way when played away from the images. This is one of those scores that although predominantly atonal or un-melodic can at the same time be deemed as an enjoyable and interesting listening experience. In fact there are a number of moments albeit short lived that do contain some haunting thematic material and the composers use of a childlike vocal within the score has a duel effect as in it seems safe because it is a child’s voice we hear but there is an underlying atmosphere that is devilish or impish or maybe just down right evil and disconcerting. The work contains driving strings at certain points that bring to the work a vigorous and forceful persona these are at times supported and punctuated by somewhat chaotic percussive elements and these too are further enhanced by the use of sinewy string stabs and growling brass effects, then there are a number of interludes that are occupied by a lilting almost faraway sounding piano performance which seems to echo or twinkle in the distance which is given an even more icy effect when combined with cello and strings that act as a background giving it an uneasy richness. 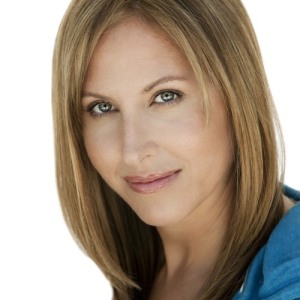 Strings come into their own on track number nine, THE INTERROGATION which is a bittersweet adagio of sorts laced with intricate sounding piano and ends with dark low strings creeping into the equation. The composer also pulls out the scare the hell out of stops in track number ten, WHERE IS SHE, again strings melded with electronics are combined to create a fear filled and taught sounding piece that certainly gets the attention of the listener. This can also be said for track number twelve LAWNMOWER LACERATIONS, which is filled with strings being plucked struck and played. Track number thirteen SOMETHINGS WRONG WITH TODD is a creepy and unsettling piece strings again take centre stage but this time are overpowered in the first portion of the cue by electronic sounds that I have to say certainly grate on ones nerves and have the affect of alerting you to something malevolent and spiteful, driving strings are also present which push this composition along at a fairly brisk pace giving it more power and impact. Yes this is a horror score, yes it is atonal and contains synthetic sounds but it also contains some interesting and quite stunning thematic material. Maybe it is wrong to say that Holly Amber Church employs a style similar to etc etc, but in my opinion she does have a style and achieves a sound somewhat in the same vein as composer, musician and synthesist Ed Tomney when he scored movies such as DRACULA RISING back in 1993 and WHERE EVIL LIES in 1995. There is a virulent and potent ambience to this soundtrack and it is one that is alluring in a strange sort of way. It is a modern horror movie which has a score that is contemporary and contains elements and musical affiliations to the horrors of bygone days. I am confident it will become a talking point amongst collectors of movie scores in the coming weeks.