Many years ago when I was a lot younger and soundtracks were not so readily available or at least limited in what was issued, it was shall we say acceptable to buy a cover version of a score, this was at times down to the original not being available or if it was it was an import and had been deleted very quickly. Even at times when soundtracks were available, DOCTOR ZHIVAGO and LAWRENCE OF ARABIA for example many people who were not actual film music collectors would opt for the cheaper cover version, nowadays I pleased to say that cover versions or re-recordings of scores from films are a lot better than they were in the days of MFP (although I am not knocking that label in anyway) and even HALLMARK released some pretty good covers and originals THE BIG COUNTRY for example. The re-recordings of today are in most cases excellent as attention is paid to reconstructing scores that have parts missing or sections that have never been previously released, in fact the only way to hear the entire score is to sit and watch the movie that it comes from. Re-recordings I think stepped up a gear when Silva Screen stepped into the re-recording market and also let us not forget the wonderful series of classic film score as recorded by Charles Gerhardt and the RCA label. But for me it was Silva screen and the Hammer soundtracks that had never seen the light of day became available as re-recordings, yes ok this was a compilation of themes and principal cues from a handful of Hammer movies such as DRACULA, VAMPIRE LOVERS, VAMPIRE CIRCUS, HANDS OF THE RIPPER etc. But they were very authentic and left us the collector wanting more, in fact it was the re-recordings by Silva that inspired the GDI label to seek out the original scores from these Hammer horrors and we all know what an excellent series that turned out to be. But, it’s the re-recording that I am focusing upon. Maurice Jarre has always been a favourite of mine and I am proud and privileged to say I met him many times both at concerts, premieres and privately and after a while became friends with him. His music has been a big part of my life as a collector of movie music in fact it was LAWRENCE OF ARABIA that started my (for want of a better word) addiction to film music. The composer had the knack of not only creating dramatic and supportive scores for movies but he also was able to produce a theme that invariably became popular away from the film it was intended to enhance. DOCTOR ZHIVAGO being a prime example in the form of SOMEWHERE MY LOVE Lara’s theme.

The latest re-recording to hit the news is the TADLOW release of Jarre’s IS PARIS BURNING? Now although I have always been aware of the theme I have to state that the score was not a favourite of mine, the original LP record is still in the collection and in new condition, which shows how many times I actually played it.

But after a lot of buzz about this re-recording conducted by Nic Raine and performed by THE CITY OF PRAGUE PHILHARMONIC ORCHESTRA I decided to get myself a copy, and yes I am so glad I did. As always the attention to accuracy and detail that is displayed in other TADLOW recordings is also present here but even more so in my opinion. I suppose that because I did not actually listen to the score that often when it was issued all those years ago I can in effect listen to it with fresh ears and an open mind, what I am hearing is a wonderfully atmospheric and thematic soundtrack, which is performed to perfection by what has to be one of the globes leading film music orchestras. The compact disc opens with THE OVERTURE, which itself opens with a fairly typical Jarre sound and style, piano and percussion building with aggressive sounding brass whilst the composer introduces a variant of the familiar central theme from the score, this segues nicely into a more martial sounding piece with strings and flutes working together to bring to the fore a march theme and then on accordion we hear for the first time the haunting and highly melodic theme for the movie, this is bolstered and given weight by timpani and strings that transform it from martial into a flamboyant and almost joyous waltz type composition which brings the track to a shimmering and uplifting conclusion. This re-recording boasts a lot of previously unreleased cues 22 in all if I counted correctly. So definitely a complete edition of this soundtrack and one that will fit in very nicely with the rest of Jarre’s moving and highly attractive film soundtrack releases on the TADLOW label, we have James Fitzpatrick to thank for all these wonderful releases but I am sure he will say NOT JUST ME, and when you look back on film music history with re-recordings or even soundtrack releases we can invariably get a glimpse of his name on other releases, i.e. Silva Screen with their Hammer series etc. His contributions to film music as a producer have been many and also as a conductor too. 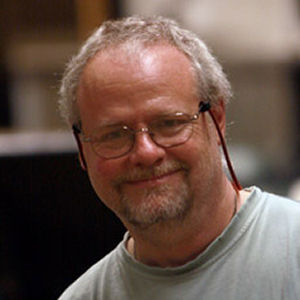 But I digress, back to IS PARIS BURNING, let it be sufficient to say just go buy it, you certainly will have PAS DE REGRETS (sorry could not resist). As for me not being struck with the original soundtrack by Jarre maybe I was having an off day or I went deaf for a while because this is a glorious score, superbly written and filled to overflowing with so much patriotism and power, you must have it in your collection. The double CD also contains a handful of other Maurice Jarre scores or suites from them. There are concert suites from THE NIGHT OF THE GENERALS, THE TRAIN, WEEKEND AT DUNKIRK and also IS PARIS BURNING plus we are treated to the opening titles from THE DAMNED and two bonus tracks which are vocals from IS PARIS BURNING. PARIS EN COLERE sung by Melinda Million and also a choral version of the same piece. Exhaustively extensive sleeve notes by Frank D Wald which are just so informative plus numerous stills and art work from the movie and pictures of Jarre and a front cover that cannot fail to attract anyone’s attention. So in a word FANTASTIQUE and UNE LIBERATION IMPORTANTE.