James Newton Howard first came to my attention back in 1987 when he scored the movie RUSSKIES, since those early days he has risen to become one of Hollywood’s most sought after film score composers and in recent years has written the scores for some of the world’s best known movies and also some of tinsel towns biggest box office successes. Born in 1951 Newton Howard began to write music for film and television in 1985 when he scored HEAD OFFICE. After which he became involved with movies such as PRETTY WOMAN, FLATLINERS, FALLING DOWN, DYING YOUNG, THE MAN IN MOON and many more. His most recent triumphs include THE HUNGER GAMES series, WATER FOR ELEPHANTS, SNOW WHITE AND THE HUNTSMAN and its sequel THE HUNTSMAN WINTER’S WAR, CONCUSSION and MALEFICENT which in my ever so humble opinion stands out as one of the composers finest works for cinema. MALEFICENT is in essence a darker take on the SLEEPING BEAUTY and is quite far removed from the original Disney version which delighted kids and adults all those years ago, Newton Howards score is a masterpiece of dramatic and foreboding, fully symphonic and filled with wonderfully lyrical and lavish sounding passages that not only bring much to the movie but are as equally uplifting and enjoyable away from the images on screen. I think that Newton Howard is probably the closest to James Horner that we will get, he has the ability to fashion soundtracks that fit the movie perfectly but at the same time he creates music that is consistently very good. He produces little nuances and leitmotifs that at times seem to come from nowhere but establish themselves quickly and add depth and the correct atmosphere to each and every scene he scores. MALEFICENT is a film that I enjoyed a lot, filled with action and also it has a softer and slightly melancholy side to it, it is a story of a vengeful and bitter fairy who curses the baby Princess Aurora on the day of her Christening to fall into a death like sleep when she pricks her finger on a needle of a spinning wheel, but after she gets to know the child she realises that it is possible her that is the only one who can restore peace and harmony to a kingdom that is divided. Newton Howards score is overflowing with magical and sparkly sounds which straight away enhance and support the storyline, strings, brass and woodwind are the major players within the score, being further bolstered by percussion and a heavenly sounding choir in parts. To actually select a stand out cue is so difficult as every cue has something that will enthral, excite and mesmerise. Rasping brass and thundering percussion join forces to create a highly volatile and relentless piece in MALEFICENT IS CAPTURED with sharp brass stabs adding to the powerful composition and giving it far more urgent and agitated persona.

MALEFICENT FLIES is also a pretty awesome composition, beginning slowly and quietly, the composer setting the scene with low strings that are laced with woods and a beautiful soprano voice which leads into a short but affecting rendition of MALEFICENT’S theme which is very evocative of the sound created by Danny Elfman within a number of his scores, the track builds slowly swelling and growing until the string section take on the theme giving a full working the composer adding brass and percussive elements alongside choir to bring it to a wonderfully triumphant filled crescendo which then melts away and returns to a lower key version of the theme. Then we have BATTLE ON THE MOORS, fearful sounding male voices accompanied by brass and percussion open the cue purveying a sound that radiates foreboding, the composition slows momentarily but soon returns even more powerful and fearful, booming percussion underlining jagged brass stabs and sinewy strings until the piece reaches its conclusion Newton Howard reverting back to low sounding woods that are supported by strings. This is a score that I have to say I adore, it is filled with highly emotive and poignant tone poems plus it has its fair share of the mystical and magical, and of course the action music is superb. MALEFICENT is a score that is brimming with emotions of every kind, which are brought to the surface and made to be even more affecting and real by the talent and artistry of James Newton Howard. I know it’s been out a while, but if you love film music you will want this in your collection. 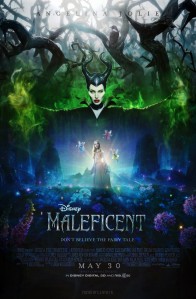