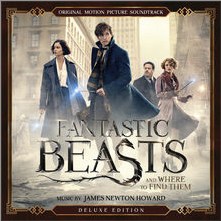 One of the most anticipated movies of 2016 is soon to hit screens in the UK and U.S. FANTASTIC BEASTS AND WHERE TO FIND THEM is yet another addition to the already popular and fantastical HARRY POTTER franchise. Well its the story of Newt Scamander and is set some seventy years before Harry Potter reads his book at school a book that tells of a secret community of Wizards and Witches who frequent New York. Written by J.K. Rowling (who else) and directed by David Yates the movie stars Johnny Depp and Eddie Redmayne as Newt and it set to become one of the biggest box office attractions this Christmas. The musical score which has also been awaited by film music collectors with baited breath is the work of one of cinemas most talented composer, arranger, conductors James Newton Howard. It was many years ago when I first encountered his name on a soundtrack release RUSSKIES was I think my first JNH score on long playing record. This was followed by several others that included, SAIGON, THE MAN IN THE MOON, DINOSAUR, MALEFICENT, PRETTY WOMAN, MY GIRL, THREE MEN AND A LITTLE LADY, FALLING DOWN, WYATT EARP and FLATLINERS to name but a few. His talent as a composer is immense and his ability to adapt to any genre of film and create wonderfully melodic and dramatic compositions which compliment support and enhance each motion picture he is involved with is second to none and that is why he is in such demand. His music can be grand and lavish, poignant and subtle, delicate and mesmerising as well as powerful and hard hitting. FANTASTIC BEASTS is in my humble opinion one of the composers best scores to date, it is a veritable powerhouse of rich and lush thematic material. The score opens with the familiar strains of the principal theme that composer John Williams created all those years ago for the first Harry Potter adventure, HARRY POTTER AND THE SORCERERS STONE in 2001. But this is short lived as Newton Howard launches into a highly dramatic and pulsating central theme that is of his own creation. The theme soon establishes itself and does have that Newton Howard trademark sound, it is vibrant and romantically laced but also has to it an underlying aura which can be unsettling and this lends a touch of apprehension to the proceedings. The composition is led by strings that are fleetingly given more power by choral support, the brass section also take a major role in the piece with thundering percussive elements adding weight to the cue giving it a commanding and powerful musical persona.

The composer then begins to gradually build his central theme with playful driving strings which although not overpowering are affecting and soon establish themselves as the main stay of the MAIN TITLE alongside subdued brass flourishes. Track number two, THERE ARE WITCHES AMONG US/THE BANK/THE NIFFLER, is as one might expect a rather mystical and magical sounding cue, in many ways I was reminded of the style employed by James Horner in his score for WILLOW, the use of choir is stunning and beautiful with the string section supporting to great effect as the track begins to develop, the composer creates a mesmerising and haunting sound in the opening stages of this cue, this however soon alters as the music shifts into a more comedic sounding piece, with woodwind, strings and subdued use of percussion and brass which act as punctuation rather than taking on the leading role.
Track number three, TINA TAKES NEWT IN/MANCUSA HEADQUARTERS is another delight and certainly oozes with a sense of mischief and grandeur with the composer combining and Elfman like choir with highly melodic strings and jaunty brass. Jumping forward to track number seven INSIDE THE CASE which I think is one of my favourite cues on the release, we are treated to a slow burner at first with Newton Howard opening with a magnificent and lush theme performed by strings and brass and elevated into a crescendo by shimmering and powerful percussion, this then evaporates momentarily with the composer building again until the lush and fully lavish theme returns, but again this is just a brief manifestation of the theme as the composition dips and returns to a more subdued state, with a solo trumpet underlined by rich but low sounding strings and further embellished by faraway sounding horn and a delightful meandering piano solo that seems to skip in and out of the strings and brass in an impish or mischievous fashion. Further woodwind and celeste are brought into the piece as it segues into a rather cheeky sounding theme which although has a somewhat light and comedic atmosphere is also rather unsettling as in the calm before the storm or in this case however, it is the quiet before the full-on eruption of the composition, with the theme raising its head once again, in a very similar fashion to the soaring theme that the composer produced in MALEFICENT FLIES. This is a wonderfully inventive score that is overflowing with a majestic, rich and highly vibrant style and sound, there is something here for every taste and if you listen to this score and say you do not like it, then you cannot be listening to the same recording that I am. 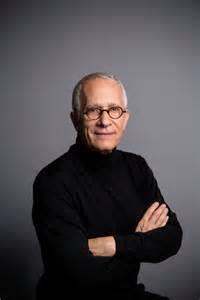 Just sit and listen to the magnificence and the magical nuances and musical passages in track number 14, RELIEVE HIM OF HIS WAND/NEWT RELEASES THE THUNDERBIRD/JACOBS FAREWELL or track number 15, NEWT SAYS GOODBYE TO TINA/JACOBS BAKERY and tell me you are not inspired, moved and thrilled. The END TITLES too are quite wonderful and contain a sound that evokes the style of Korngold and other Golden age composers. It’s a must have, an essential purchase, so come on you Muggles go get it. It is already a classic.

Fantastic Beasts and Where to Find Them Original Motion Picture Soundtrack
Music by James Newton Howard.