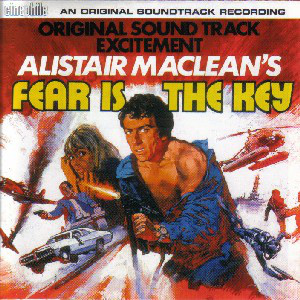 Roy Budd was one of the world’s leading jazz pianists, but of course is also known for his alluring and well-crafted film scores. With the first live performance of Mr Budd’s PHANTOM OF THE OPERA score scheduled to take place on October 8th, 2017 at London’s Coliseum, I thought maybe it’s the right time to post reviews of his soundtracks that were made available on the Cinephile label 18 years ago in 1999. First up is FEAR IS THE KEY, a fast-paced movie based on the story by Alistair McClean. For this project Roy fused the symphonic styles of orchestra with that of jazz influences and the end result was something that sounded like a mix of groovy jazz vibes and full on dramatic orchestral flourishes, it is a testament to the skill of Mr Budd that these two quite differing styles gelled in his hands and not only underpinned, punctuated and supported the full on action on screen, but stood up as a listening experience away from the movie and still remained exciting and a compulsive listen. The style and sound created and achieved by Budd on FEAR IS THE KEY is meeting of so many musical colours and textures, it evokes some of the work done by Jerry Goldsmith and also briefly gives a gentle nod to Ennio Morricone, plus then there are the ingenious and polished jazz influences that glide along with ease and are a delightful and delicious encounter for the listener. It was described as sounding like a fusion of Led Zeppelin and the SHAFT soundtrack, but when you think about it, It, is simply Budd, through and through. I think I am correct when I say Roy was just 25 when he penned this score and already had soundtracks such as GET CARTER, SOLDIER BLUE etc to his credit, FEAR IS THE KEY displays the professionalism and expertise that this then young man had. 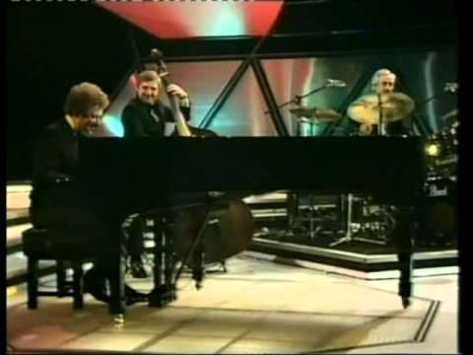 The score also includes some outstanding performances by jazz icons such as, Kenny Ball, Ronnie Scott and Tubby Hayes all of whom played their hearts out and jammed all the way through. As well as the dramatic action cues and the flawless jazz performances the score contained one of the composers most haunting themes in the form of IN SEARCH OF THE KEY which although having jazz influences contained a flowing and attractive theme performed by the string section, which as we all know are Roy Budd trademarks, the theme being reprised a few times within the film and an alternate arrangement being performed on the compact disc in track number 10, FROM SEA BED TO SURFACE. FEAR IS THE KEY is a soundtrack that should be in your collection, and if it is not then you should take steps to remedy that, NOW ….