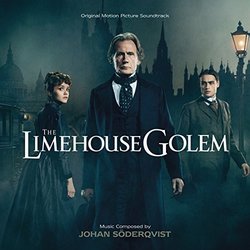 THE LIMEHOUSE GOLEM, is a period horror/drama, that fuses both old school Hammer horror moods and atmospheres with contemporary styled scenarios which are present in horror movies that have been released more recently. The cast is particularly strong and each actor/actress brings something to the movie that is undeniably charismatic and believable. Set in the city of London, this atmospheric and suitably dark movie, is directed by Juan Carlos Medina, and focuses upon a series of murders the perpetrator of which is referred to as THE LIMEHOUSE GOLEM, the City is place that is filled with fear as the killer leaves a string of cryptic clues which are written in his victim’s blood. Shades of the Jack the Ripper story are present here and anyone with a little knowledge of the Ripper murders will obviously make comparisons at certain points within the films storyline. The authorities have a few leads which they are pursuing, but as public pressure and fear grows, Scotland Yard enrol the help of an experienced detective, who himself has a chequered and somewhat troubled past. Inspector Kildare is portrayed convincingly by the excellent Bill Nighy, who because of his past seems to think he has only been given the assignment by his superiors so he can fail. As the story progresses Kildare enlists the assistance of one of the key witness, s played by Olivia Cooke. Kildare, tries all he can to stop the grotesque murders and close in on the killer in the hope of bringing him or her to justice. This is a great horror story, and one which is akin to many of the glorious Hammer Gothic horrors which were produced during the 1960, s, simply because of its settings and the way in which it is photographed. The musical score is also something that would not sound out of place in a horror movie that was released during the 1960, s it is filled with a strong symphonic presence and oozes melodies as well as being filled with dark and sinewy passages that have the ability to send a cold shudder up one’s spine. Within the score there is a delicate but at the same time icy touch, which is highly effective and creates some wonderfully hypnotic and fearful interludes. The composer, Johan Soderqvist has worked on several movies in which his music has gained recognition, his ability to create atmospheres and invent innovate musical colours and underline sequences and scenes is stunning. Working on such movies as KON TIKI, KING OF DEVILS ISLAND, THE MURDER FARM, LET THE RIGHT ONE IN, JAGARNA 2 and TV projects such as THE KEEPER OF LOST CAUSES and THE ABSCENT ONE the composer displays a multi-faceted approach to scoring film, his soundtracks are all highly original and there is not a style or sound that one can compare him to as his style is all of his own making. 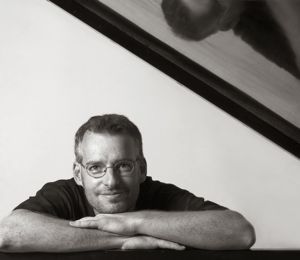 The score for THE LIME HOUSE GOLEM, I would have to mark as one of his finest works for cinema, the composer giving the already tense and fear filled storyline even greater depth and virulent and urgent musical persona. But, Soderqvist’s music for the movie also has to it a richness and an opulent and lavish sound that simply envelopes the listener, it is alluring and becomes an important component of the developing storyline, underlining, supporting and at certain points even overpowering the images and scenario being acted out on screen, this is a powerful work, a commanding and haunting soundtrack, that is almost operatic with its imposing growling brass and swirling strings, light flourishes of harpsichord and lilting woodwind and piano performances, the composer lulling the audience into a false sense of security and then suddenly without warning creating a motif that is filled with dread and doom. Soderqvist music for THE LIMEHOUSE GOLEM, in my opinion is thus far this year probably the most interesting, worthy and entertaining score for a motion picture, if it is not nominated for an Oscar or a BAFTA then there is something seriously wrong with the system. Its lush and romantic heart is at times overshadowed by its shadowy and dramatic interludes, but the two styles complement each other making this a highly desirable release, and will be a treasured addition to any film music collection.