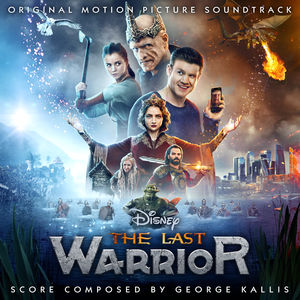 It is rare these days in film music, to hear a score that one can refer to as being epic in its proportions and its overall sound. It is also a rare occurrence for a composer to be able to score such a project, and when the two opportunities do arise a wonderous thing happens, we hope. The last time a score of this like came to my notice was when the movie STARDUST hit cinema screens, back in 2007. The score I am about to review is for a movie that is yet to be released, but by the looks of things this is going to be a rip-roaring adventure filled with mystical matters, magical moments and filled with fantasy and action of the swashbuckling variety. The music is composed by George Kallis, who’s scores for movies such as THE BLACK PRINCE, GAGARIN and ALBION THE ENCHANTED STALLION caused something of a stir in the ranks of film music collectors all over the world. His scores for these movies contained real themes, as in the tradition of vintage movie scores from both the Golden and Silver age, and were hailed as highly creative and as a refreshing breathe of air within the film scoring arena. I notice that he is up for several new scores in 2018, so I look forward to those, his latest work is for Disney production, which has been a co-production between Disney USA and Disney Russia. THE LAST WARRIOR is an epic tale which also contains romance, magic and comedy, based upon stories from Russian mythology and folklore. The art work certainly looks impressive, and the score well, where do I start? POWERFUL, EPIC, COMMANDING, ROMANTIC, ADVENTUREROUS, yes all of those. Symphonic, a yes again, so what more could we as collectors of film music possibly want? What’s that? emotion, poignancy, action, yes all of those too. But with a movie such as this I think the music is key to the success of the film, it has so many scenarios and situations, which all change so quickly, it is also a movie that could be so easily swamped in music, and the composer has in my opinion delivered a score that enhances, accentuates, underlines and supports without being over the top or indeed detracting attention away from the scenes unfolding on screen. The soundtrack is highly melodic, stirring and simply overflows with proud themes and motifs that seem to be never ending. As a youngster I remember going to the cinema and seeing a Russian movie that was dubbed into English, it had many of the Russian folklore and mythology that raises its head within THE LAST WARRIOR, the film was entitled THE SWORD AND THE DRAGON, it also had a witch, a dragon with three heads and so many fairy tale like characters, so maybe this is a modern day version of this story, or at least deals with some of the same characters, obviously because film making has come a long way since the 1950,s the effects etc will be far superior.

But let me attempt to give you a better idea of what the film is about, and hopefully a review of its haunting and addictive score.
From what I can deduce, THE LAST WARRIOR, Begins In the present, with a young man who is the star of a very popular TV show called, THE PSYCHIC CHALLENGE. Ivan, who is basically an ordinary guy, relies on others to make him look good on screen and on the show, it fools many of the audience into thinking he does have real powers that are magical, but one day Ivan is caught paying one of the technicians who has made him look incredible by an old woman who is also a contestant on the show, she tells Ivan that he will die very soon and meet his end in a world that is quite different from his, a world that is filled with magic and also numerous dangers. Ivan does not believe the woman, but soon realises that her prediction is correct, when he is transported to this other world and time. I am not going to go into any more detail about the movie, because it is one that you should go and see, and take the kids too, after all it is a Disney production, filled with adventure and comedy lots of weird wonderful characters and even though it is subtitled I am sure they will enjoy immensely. The parts I have seen via mainly trailers the movie does look very interesting, and if you like fantasy movies and tales filled with daring do, with characters that are literally out of this world, then this is for you. Magical, mysterious and overflowing with adventure and more twists than a rollercoaster. THE LAST WARRIOR, I hope will get a release outside of Russia, but this looks unlikely, due to the subtitles issue, after all children won’t want to be reading those whilst all the action is taking place, it is a pity, because this could be a hit. It is pure escapism with so many different characters, plots and sub plots. The soundtrack is an epic work and if this at least does not get a release it will be a tragedy. The score opens with a robust and up-tempo theme, performed by brass, strings, thundering percussion and choral support. Driving strings set the pace and rounded and rich sounding brass keep the momentum, whilst percussion adds a pounding and rhythmic underscore to the proceedings, what one thinks is a fairly brief introduction to the score becomes a cue of nearly 4 minutes, as the grand and driving theme melts away into a more dramatic, apprehensive and mystical sounding piece, but this section of the composition is also short lived, with strings building in the background and finally returning to accompany, enhance and carry the choir and brass along before, returning to a rousing and martial sounding musical persona, which includes flyaway sounding woods that are wispy and filled with energy and give the impression of speed as the theme thunders along. 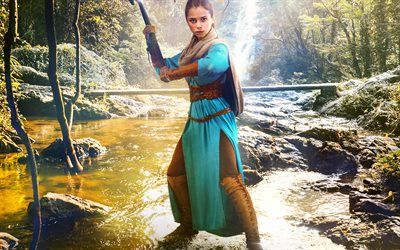 Track number 2, THE BOY AND THE ORPHANAGE, is more of a subtle affair, with delicate piano, underlined by cello, and then both are incorporated into a full version of the six-note motif, which turns from a fragile sounding piece into a rich and fully romantic cue, performed by the string section. The style of the music alters towards the end of the brief but haunting theme, becoming slightly more urgent, but all the time maintains a highly melodic and lush sound. Track number, 3, THE LAND OF BELOGORYE, opens with an almost comedic fashion, racing strings act as an introduction, with brass adding depth and giving the opening statement more power, this then curtails and slips into a subtle but at the same time luscious theme for choir, and strings, purveying a sense of wonder or even calm, again the sound alters and becomes more threatening, and unsettling. Track number 4, KOSCHEI THE UNDEAD. Again, an apprehensive sound is achieved via the use of low strings, which are brooding as well as dark and unnerving. Track 5, BABA YAGA THE WITCH, is a fusion of dramatic, comedic and jaunty, again the composer relaying the atmospherics and creating the mood with strings and brass in the main. Track number 6. Is a variation of the scores central theme, or at least has elements of the theme that we hear at the beginning of the score, THE LEGEND OF THE MAGIC SWORD, is performed by many elements of the orchestra, with strings, choir and brass forming the foundation to the piece, as the composer expands and adds to his theme, filling it with dramatic emotion. Track number 7, VASILISSA THE FROG PRINCESS, opens in a somewhat dark mood, but this soon evaporates and gives way to cheeky sounding pizzicato and choral support, that creates an air of mystery, trumpet is introduced briefly over a more up-tempo composition, which is performed by strings and subtle use of percussion and brass, the composer then introduces a ghostly sounding solo Female voice, which creates shivers, the cue then moves up a gear and brass, percussion and choir are utilised, to fashion a more urgent sounding mood. Track number 8, BATTLE WITH THE GUARDS, is an entertaining musical jaunt, filled with brass flourishes, dramatic strings and percussive support, that together conjure up a stop start piece that makes it easy to imagine a fight with swordplay involved. This is a wonderfully powerful and lyrical score, it is a reminder for me at least about what good movie music is about, I have no doubt it enhances, supports, underlines and adds the musical commas and full stops to the proceedings and maybe even the odd question or exclamation mark during its duration. The thing is although I have not seen the movie in its full version, I feel I have via listening to George Kallis’s highly thematic, romantic and commanding score, please let this have a soundtrack release. Recommended, yes of course.     Album should be available digitally today. November 17th. 2017. 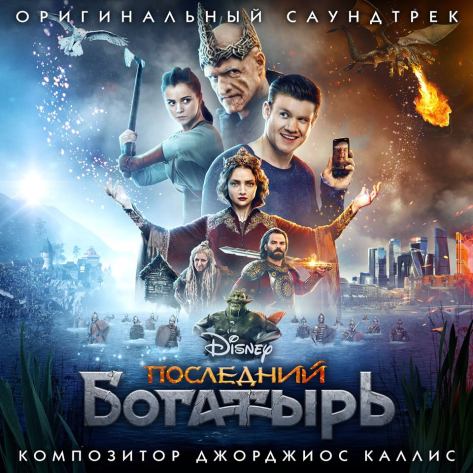