1. Firstly. why film music? And when did first become aware of music in movies?

I have no idea why Film Music became my passion. I saw Superman in April 1979 and was blown away by that main theme! It is still my favourite score to this day.
I became obsessed by the music of John Williams and taped anything I could off the radio and TV. I would drive my parents mad by playing the Superman theme over and over again. What they failed to remember was it was my Dad who introduced me to Superman and that let to film music! I bought everything Williams and then bought Supergirl and Gremlins by Jerry Goldsmith. One day in about 1985 I decided I wanted to try some other stuff and purchased Star Trek II by James Horner….and was completely blown away and have been a massive fan ever since!

2.What was your first record purchase. If it was not a soundtrack what was the first film music you went out and paid for? 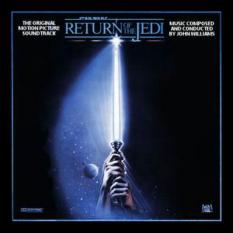 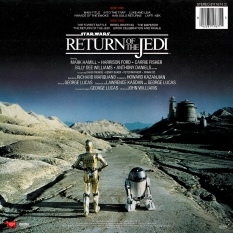 Return of the Jedi – just because it was John Williams!

3. Before the arrival of cds how many soundtracks did you have in your collection on vinyl?
Probably a hundred or so. Deeply regret binning these! However I still have Return of the Jedi, Superman and a JW score my grandparents bought me when they were on holiday in Canada- John Williams The River.

4. What was your most expensive soundtrack purchase ?
Probably the Superman Box Set and the Jerry Goldsmith 20th Century Fox Set.
Getting Ken Thorne’s Superman scores in full was a dream come true. Very underrated!

5. Do you still buy lp’s and which do you prefer.lp.cd or download?
No. Love CDs! Wish I could do more browsing like I did in the late 80s and 90s. Used to love going down Oxford Street and Dean Street looking for rarities!

6. Is there anything that you are looking for that maybe you have not been able to find?
I don’t think so although our favourite labels keep surprising me as Intrada has just done with Robin Hood!
The one holy grail for me would be a release of Volunteers….oh and the full score to Willow!

7. What composer would you say dominates your collection?
James Horner…My favourite composer by a long way. I just love his music. Then Jerry Goldsmith and John Williams. I love the phrase “the holy trinity of film composers”! And the fourth largest in my collection…the great John Barry.

What is your opinion of the state of film music in recent years, compared to the 40.s 50.s 60.s and 70s?..
I am a fan of the late 70s to mid 90s and really need to explore the golden age scores more. Although I buy less new film music than I did I do have an open mind. There has been some great stuff recently by Valezquez, Giacchino, etc but there are definitely less orchestral thematic scores than there used to be.

You did a few reviews for MUSIC FROM THE MOVIES a while ago, when was this?

The one thing I wanted to say about state of film music is that today is a great day to be a film music enthusiast! The labels are releasing stuff we never thought possible, concerts are on the rise, composers are going on tour and scores are being performed live to Orchestra! I never would have hoped to hear the Desert Chase or Clock tower sequence live in a concert hall – let alone synchronised