Where and when were you Born?

Do you come from a family background that is musical at all?

Yes, my Grand Father was a mandolinist in Italy, my Father is a very good guitarist and my Mother a really good singer. 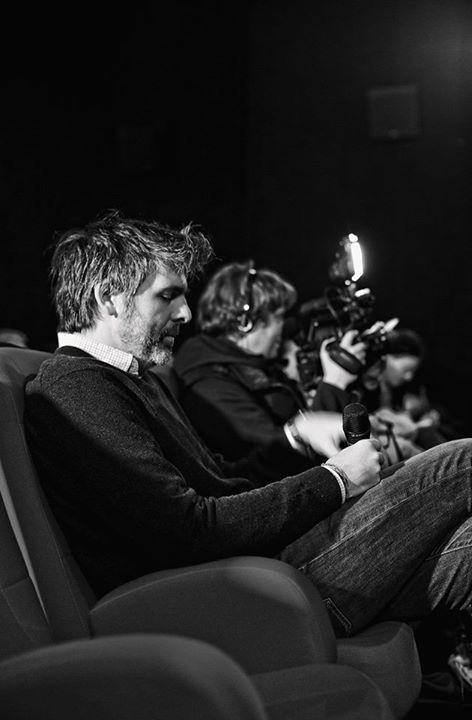 Was writing music for film always a career you wanted to follow or was it something that you moved into as your career progressed?

I ‘ve always wanted to write music for films, since I saw E.T. when I was 8.
Later, I was deeply moved by Hermann’s music for Hitchcock, William’s music for Star Wars etc etc.
In the early 2000’s, I had an electro band, and my two friends used to tell me that my music sounded oneiric like if had written it for films… 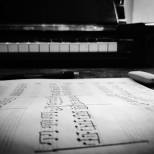 One of your recent scores is for the movie I KILL GIANTS, How, did you become involved on the movie and what size orchestra did you utilize for the score?

My American agent talked to me about the project when I was in L.A. last year for the Oscars. Anders (The director) had heard about me thanks to one of the producers (Martin Metz). He « temp tracked » his film with some of my scores (The Red Turtle and other films) and when they showed me the film « I Kill Giants » with music of mine, it was really confusing. I couldn’t hear in my mind the music I should write for this film. I had to ask them to remove the music.

As for the orchestra, it comprises 40 musicians, with analogue textures and beat boxes that I programmed in my studio, a lyric voice (Julia Wischnievski), as well as an Octobass for the very dark side of the music.

Did the director of I KILL GIANTS Anders Walter, have specific or set ideas as to what style he wanted for the movie and was there a temp track in place on the film when you came to work on it? 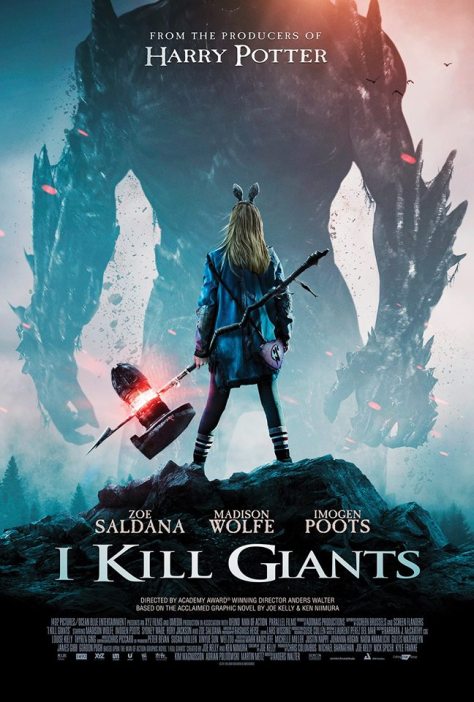 Anders wanted something « original », emotional, the producers talked about more classical scores and I think, I hope that the score is a mix of these different influences…

Do you find temp tracks distracting or productive?

It depends on the director. In some cases, it can help the director to be more precise about what he wants. Anyway, I just listen to it one time.

The film THE RED TURTLE was a big success as was your beautiful score, is there any difference between scoring animation as opposed to working on live action movies?

It’s not different in the way I compose music. I never wrote « music for children » because it was an animation feature.
The only difference for me is that sometimes, you can push a little bit more the emphasis in animation, and sometimes you have to be more discrete in live action movies…

Do you have an active role in selecting what music cues will be included on a CD when a record company decides to release one of your scores?

Yes, I choose the cues, the order of the cues, and I check each step of the stereo mix and the mastering.

How much time were you given to write the score for THE RED TURTLE and where was the music recorded?

I wrote the first mock-ups of the all music in three weeks, because I wanted to be sure that Michael agreed the direction I had chosen, and then we made changes for one month.
Globally, it took two months and we recorded it in early 2016. 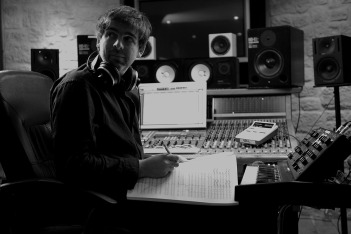 Do you have a preference as to where your scores are recorded, and if so for what reasons?

I had the opportunity to record at Abbey Road Studios and it was really my greatest experience. But I also like the Fame’s in Macedonia, because it’s a very good orchestra, I know them very well, I feel like home with them.

Do you conduct at all or is this not always possible because of scheduling etc?
No, I prefer when my collaborator conducts. He is a super conductor and he knows exactly what I want.
It allows me staying inside the control room, focused and listening to every detail and discussing with the director to change things till the end, if needed. 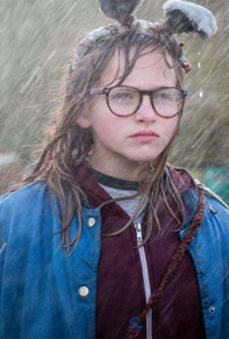 How many times do you like to see a movie before you begin to get any fixed ideas about what style of music and where music will be placed?

I like spending time with the movie. Most of the time, I watch the film once. Then start writing the themes, orchestrations, first mock-ups. Eventually, I test the music on the film. As part of this process, I can watch a scene 150 or 200 times, in order to adjust the music like a sculptor.

Do you think that orchestration is an important part of the composing process?

Yes, it’s as important as the theme. Textures, arrangements and orchestrations are inspiring, and allow most of the time obtaining the right colour for the film.

Do you perform on any of your film scores, and how do you work out your musical ideas, keyboard, piano or do you utilize a more technical approach?

Yes, I always play my pianos, keyboards, guitars, electric basses, analogue textures, programmations, and sometimes flutes, percussions on my film scores.
For my musical ideas, it depends. The best way I think, is to be far of my machines and piano, and to think about the film. Then, you can imagine your themes, without being limited by your (bad?) instrument technique.
I had this discussion with Maurice Jarre when I was younger, because we agreed that we both were limited by our piano technique…

Do you think that movie scores in recent years are lacking a substantial opening or central theme as they did back in the 1960’s, 1970.s etc?

Yes, and I feel sad about this. A lot of scores are more like sound design than music, lot of textures etc. You can’t listen to the soundtrack out of the film. On the other side, sometimes, I think that some composers find very good concepts, setups, electronic sounds and harmonic suites that can be considered like themes. it depends.

Does the budget or maybe the lack of budget have an impact on a composer’s score for a movie?

Yes, it’s necessary to have the budget you need to produce the music correctly.
Interpretation is very important, as is the mix of the music. You need very good musicians, recorded in a good studio, with good engineers…

At what stage of production is it best for you to become involved on a movie, do you find it better to start work with the rough cut of the film, or maybe you start with a script?

I prefer to start working when the film is already shot. The actors, the way the film is edited, the decors, all these elements are really inspiring for the orchestrations etc.
and I like working under pressure when time flies … 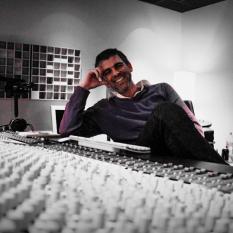 I Think I am right when I say your first assignment was for a short film entitled, LE BALLON PRISONNIER, how did you become involved with this movie?

It was « Ages ingrats » by the same director.
It was his first short film, and I was studying my medicine. A friend of ours knowing that I was composing music in my student apartment talked to him about me when he was searching for music for his film. It was like a dream coming true for me…

When you begin to work on a movie, do you like to start with a core or central theme and develop the remainder of the score around this, or do you work on smaller cues firstly and create a main theme from elements of these?

I need to write the themes before I start working on the film itself.
And then, I work chronologically most of the time. 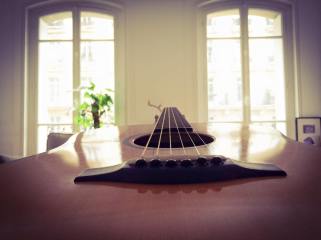 What is your opinion of the increased use of electronics and samples in film scores?

I love the use of electronic instruments in the scores. Analog sounds, textures, drones, original sounds. But I don’t like when samples try to sound like orchestral sounds, choirs or acoustic instruments. Although, it is very useful while elaborating mock-ups to be heard by directors, I do not want to keep them in the original soundtrack.

Do you think that there will be a soundtrack release of I KILL GIANTS?

Yes, Varese Sarabande Records will release the soundtrack at the end of March. 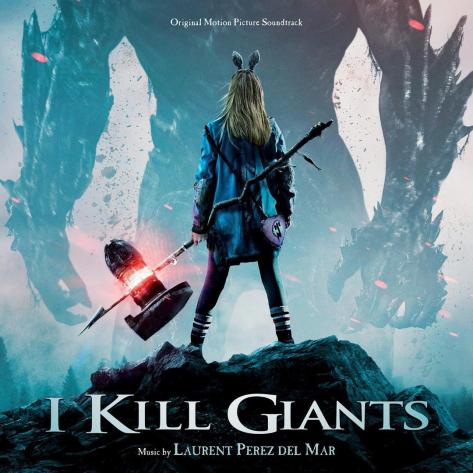