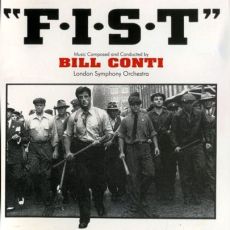 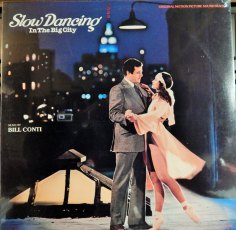 Directed by Norman Jewison and starring Sylvester Stallone and Rod Steiger, F.I.S.T. was released in 1978, and was Stallone’s first movie after the success of ROCKY. F.I.S.T. is at times an overlooked jewel of a movie and one that can be lost in the many big box office success’s that Stallone enjoyed over the years. My attraction to the movie was more because of the musical score by composer Bill Conti, who we all associate with ROCKY. Conti composed a fully symphonic and wonderfully dramatic score for the film and to this day I would say that it ranks amongst his best cinematic works. The movie F.I.S.T. is loosely based upon the Teamsters Union and its President Jimmy Hoffa. Stallone takes the lead as a Cleveland warehouse worker Johnny Kovak who joins the Labour Union and becomes the leader of the fictional Federation of Inter-state Truckers or F.I.S.T. The film is an entertaining one and I cannot understand why it pales somewhat in comparison to other movies which star Stallone. 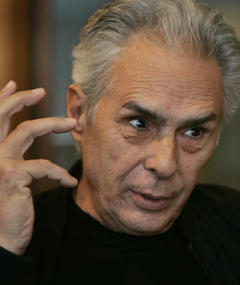 The direction is exemplary, and the film has a solid storyline with believable performances by all involved. The score by Conti does much to support and elevate the storyline, Conti’s driving brass and swirling strings add atmosphere and excitement to the proceedings, with the composer also fashioning a handful of softer moments within the score that are filled with emotion and fragility. Conti worked on another movie in the same year entitled SLOW DANCING IN THE BIG CITY which has a similar style and musical stature, but in F.I.S.T. we get a sneak preview of the musical identity that would be synonymous with Conti in later movie scores such as THE RIGHT STUFF, MASTERS OF THE UNIVERSE and the TV miniseries NORTH AND SOUTH. The richness and melodic content of the composer’s music underlines and punctuates the action throughout and heightens the drama within the movie with its powerful and beautifully written thematic material. The soundtrack was originally released on a United Artists LP record ‎– UA-LA897-H it also received a CD release on Varese Sarabande and was paired with the SLOW DANCING IN THE BIG CITY score, the CD is now something of a rarity and should in my opinion be re-issued. The style employed by Conti on F.I.S.T. is a breath of fresh air or at least it was back in 1978, but I still find it an exhilarating listening experience today. 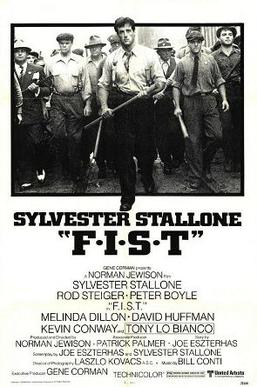 SLOW DANCING IN THE BIG CITY is such a mesmerising score, the composer created delicate tone poems that beguile and haunt the listener. The two are perfectly match and compliment each other when listened to back to back. I cannot say that either one is superior to the other as both are just great soundtracks. F.I.S.T. with its, anthem like style (listen to the end titles) and SLOW DANCING with its rich and highly themeatic music that is evocative of the Golden Age scores that came out of Hollywood, by composers such as Steiner, Newman and Toimkin and for which the composer created a ballet.  This is a combination of soundtracks that should be in every film music collection. Highly recommended.