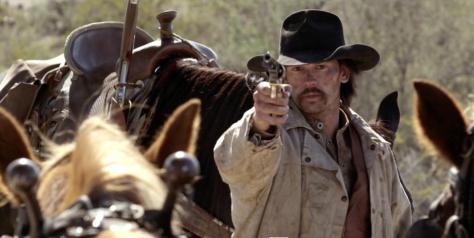 What got you into movie making?
Being an actor for well over a decade I read several plays and scripts and stories. I became addicted to creating your own content and leading a team of creatives and protecting the essence of a good story to make it to the editing room.

When you are on location either behind
the camera or in front of it do you ever think of what music
would be good for the scene you are shooting?
Not in front of the camera…no…I was too busy living under the imaginary circumstances. Behind the camera directing my own films yes-absolutely-I did/do…sometimes its kind of hard not to have a little idea of hearing a type of vibe that would amplify the performances and visuals.

Do you play music on set when you are
filming a movie?
No, we dont.
When do you think is the best time to
involve a composer on a movie?

You worked with Gerrit Wunder on DEAD
MEN, did you have specific ideas that you related to him for
the film?

My partner and director for Dead Men worked closely with Gerrit. I was kept in the loop, it I trust Roy’s discernment towards music especially and taste. He excelled in this category choosing Gerrit Wunder. I may potentially be working with Gerrit again for the feature film I just wrapped principal photography on. 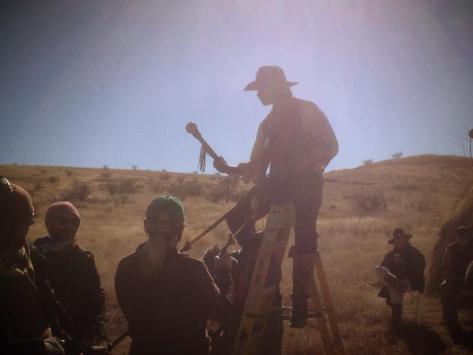 What composers or artists would you say
have influenced your taste in music?

How much time do you give a composer to
complete a score or does this vary from movie to movie?

Varies from movie to movie and depends on the deadlines from the EP.

Generally I would say at least 2-3 months depending on the budget and needs.

I understand you are beginning work on
a new movie, can you maybe tell us something about this?
Yes I am, we just wrapped principal photography on 2/4/19.

We are headed into post next week and then reviewing a rough cut hopefully in the next 30 days. It’s called “The Stalking Fields” and it is a military action thriller about a covert ops treatment facility wherein former spec ops soldiers hunt selected humans. It’s very “Running man” meets “The Hunted.” 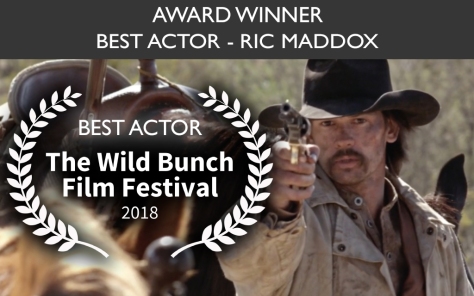 Do you play a musical instrument and
have you had any musical training of any kind?
Lol! Sure…I can do campfire strumming with the basic chords. Looking into getting a ukulele!

I have spoken to a few film makers who
are at times reluctant to hand over their film to a
composer, do you ever get the feeling that you have worked
on this project for months maybe years and then along comes
a composer who will score it and could potentially make it
better or make it less impacting via his music. Do you have
to trust a composer without when you ask them to work on
your project, also do you utilise a temp track on your
movies to work with and also to give the composer some sort of idea of what you want for the film?

Personally, I don’t use a temp track unless the composer is not understanding the sound I am looking for. It’s so nice when a composer “gets” a scene and knows intuitively how to bring it to life with music.

Again, this is what Hans, Brian, John, Ennio, and many others do so well. They transcend into a beautiful creation through music and support the story within the scene.

If there is going to be a soundtrack
release are you involved in selecting tracks that will be
included on the disc?
For Dead men, yes that was released on Movie score media and also Kronos records. For Stalking Fields, darn I sure hope so!

On DEAD MEN were you present at the
recording sessions of the score?

No I was not, that was all my partner Roy.