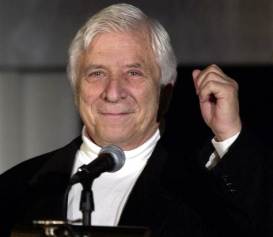 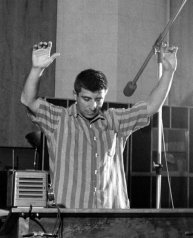 Composer Elmer Bernstein is probably one of the most well known composers of film music of the 20th Century. Bernstein was much in demand throughout his career and penned the themes and scores for numerous movies that are now considered classics. Born in New York in 1922, he studied piano at the Juilliard SchooL of music under the guidance of Henriett of a Michelson. He also began to study composition under the tutelage of Roger Sessions, Israel Citkowitz and Stepan Wolpe. During the second world war, Bernstein served in the American Air force and it whilst there he began to do arrangements for the Glenn Miller Band. Working on these arrangements led Bernstein to writing his own music for radio. After the war Bernstein spent a number of years as a concert pianist, but he decided that this was not musical route he wanted to pursue, he was more interested in composing and also was drawn to the idea of writing for film and television. He scored his first motion picture in 1950 which was a film entitled SATURDAY HERO. 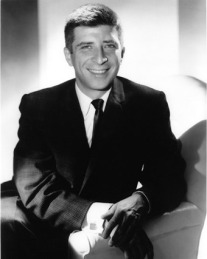 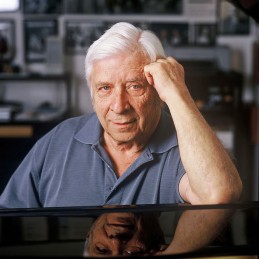 This was followed by BOOTS MALONE in 1951 and then in 1952 SUDDEN FEAR. Between 1952 and 1955 the composer worked on fourteen assignments mostly for movies but also these included documentaries. It was in 1955 that Bernstein got his break into the big time when he was asked to provide the score for THE MAN WITH THE GOLDEN ARM which was a film directed by esteemed film maker Otto Preminger. This was Bernstein’s landmark score and he received much acclaim and admiration from his peers for the use of jazz within the soundtrack. The composers next assignment would gain him even more recognition. 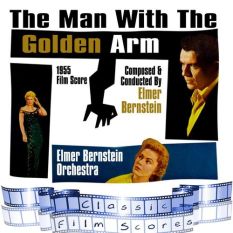 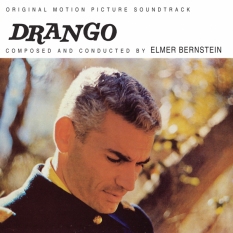 In 1956 Cecil B De Mille asked Bernstein to write the score for THE TEN COMMANDMENTS, this was a major film score and the composer utilised a large symphony orchestra as well as choir and an array of ethnic instrumentation. After the success of the TEN COMMANDMENTS Bernstein became much in demand and the remainder of the 1950’s proved to be a particularly busy time for the composer. He worked on films such as, THE BUCCANEER, THE SWEET SMELL OF SUCCESS, THE TIN STAR, DRANGO, KINGS GO FORTH, GOD’S LITTLE ACRE, MEN IN WAR and provided the TV series JOHNNY STACCATTO with its infectious theme. 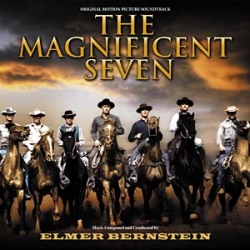 As the 1960’s began Bernstein wrote the score for one of cinema’s iconic westerns, THE MAGNIFICENT SEVEN is probably the most well known and recognisable themes for a movie. Bernstein fashioned a theme that was filled with an air of Coplandish flourishes and also composed a score that was overflowing with Americana fused with drama and Latin sounding passages, the result was stunning. 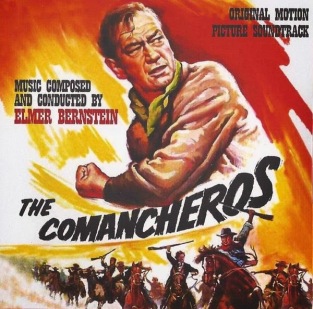 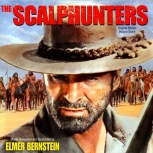 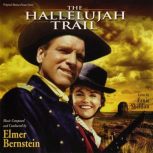 The 1960’s was a buy time for the composer and it was during this period that he wrote so many memorable film scores and penned numerous now classic sounding themes, THE GREAT ESCAPE, THE SCALP HUNTERS, THE HALLELUJAH TRAIL, TRUE GRIT, THE SILENCERS, THE CARPETBAGGERS, TO KILL A MOCKING BIRD, WALK ON THE WILD SIDE, KINGS OF THE SUN, WHERE’S JACK and many more. During the 1970’s the composer established his own record label, and in the series of releases FILM MUSIC COLLECTION re-recorded many of the classic scores as written by Steiner, Rosza, Herrmann and Waxman. 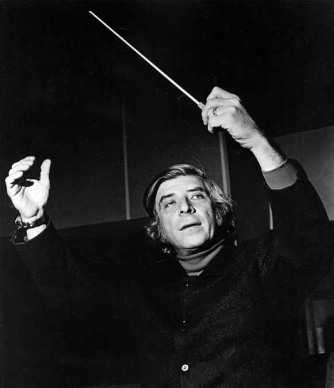 As well as this he continued to score movies and worked on SEE NO EVIL, THE AMAZING MR BLUNDEN, McQ, GOLD, ZULU DAWN, CAHILL U.S MARSHAL etc. The 1980’s remained busy as did the 1990’s with Bernstein scoring GHOSTBUSTERS, AIRPLANE, THE THREE AMIGOS, HEAVY METAL, THE BLACK CAULDRON, STRIPES, AN AMERICAN WEREWOLF IN LONDON, THE BABE, RAGE UP IN HARLEM, LOST IN YONKERS, THE AGE OF INNOCENCE and THE WILD WILD WEST. He scored his final movie in 2002 which was FAR FROM HEAVEN, the score earning him an Academy Award Nomination for best original score. Elmer Bernstein passed away on August 24th 2004.