The River Wild (1994) Directed by Curtis Hanson Shown in the recording studio: composer-conductor Jerry Goldsmith
To say that composer Jerry Goldsmith was a prolific writer of music for film and TV is an understatement of the greatest degree. In a career that lasted some 50 years the composer was responsible for writing the music for so many motion pictures that can easily fit into the category of the Blockbuster. Jerry Goldsmith was born in the February of 1929 in Los Angeles. At the age of twelve he began to study piano under Jacob Gimpel, for the best part of the 1940’s he continued to study with lessons in composition from Mario Castelnuovo-Tedasco. 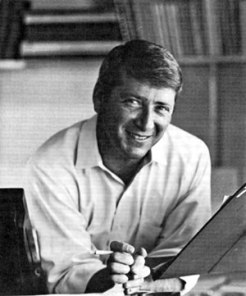 Towards the end of the forties Goldsmith attended L/A/ CITY COLLEGE and also whilst there did a years extra study at the University of Southern California. It was whilst studying at U.S.C. that he was tutored by Miklos Rosza in the film music class. In the early part of the 1950’s Goldsmith joined the music department at CBS he was initially an assistant, but soon moved up to become a composer for live radio and TV shows. 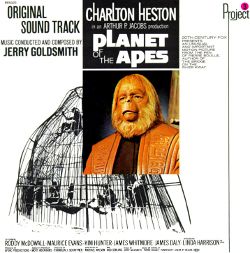 It was whilst at CBS that Goldsmith worked on shows such as DR. KILDARE, THE TWILIGHT ZONE, STUDIO ONE, CLIMAX and GUNSMOKE. In 1957 the composer was given his break into scoring motion pictures when he worked on BLACK PATCH. This led to other assignments including LONELY ARE THE BRAVE in 1960. In 1962 the composer received much critical acclaim for his score to the movie FREUD after which he found himself in demand. 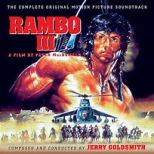 The silver age was a busy period for Goldsmith and arguably this was his most innovative and furtive stage of his career, with scores for films such as, THE BLUE MAX, BANDOLERO, LILLIES OF THE FIELD, SEVEN DAYS IN MAY, THE SAND PEBBLES, A PATCH OF BLUE, and his much revered score for THE PLANET OF THE APES. The 1970.s was also a fruitful period with the composer writing the soundtracks to THE OMEN, PATTON, PAPILLION. CHINATOWN, THE WIND AND THE LION, ISLANDS IN THE STREAM and DAMIEN OMEN TWO.

With so many wonderful scores to his credit it is somewhat hard to perceive that the composer won just one Oscar which was for his dark and chilling soundtrack for THE OMEN. Goldsmith continued to be in demand throughout the 1980’s and also into the 1990’s working on movies such as HOOSIERS, GREMLINS, SUPERGIRL, UNDER FIRE, TOTAL RECALL, STAR TREK, BAD GIRLS, THE RIVER WILD, MEDICINE MAN, MULAN, SMALL SOLDIERS, GREMLINS 2, AIR FORCE ONE, FIRST KNIGHT, MALICE, BASIC INSTINCT, RAMBO, INNERSPACE, POLTERGEIST, CONGO and so many more. His last scoring assignment was in 2003 when he wrote the music for LOONEY TOONS BACK IN ACTION. He died on July21st 2004 aged seventy five.