STAN AND OLLIE, I thought was a brilliant movie, it deserved more Awards than it ended up garnering during Awards season. It is a faithful account I think of how it was when the comedy duo arrived on England’s shores towards the end of their career. The musical score is by the talented and brilliantly gifted composer Rolfe Kent, he has provided the movie with a wonderfully lyrical and highly emotive and beautifully poignant soundtrack. Kent has this knack of creating simple but effective melodies and these superbly underline and support the action, drama, comedy or romance on screen, STAN AND OLLIE is certainly no exception to the rule. The composer has fashioned an eloquent and delicate score which not only enhances and brings greater dimension and emotion to the proceedings, but is also a joy to listen to away from the images and scenarios. In many ways the score is at times Barry-esque but of course Kent’s own musical identity and persona shines through. The work is fully symphonic with woods and piano at times taking centre stage, it is filled with an air of melancholy throughout but also contains moments which are either comedy infused or at times sombre and serious. The themes are glorious and haunting and contain fragile and lilting melodies, which linger with the listener long after they have finished playing, it is a triumph of a work,  On listening to the soundtrack, I returned to the beginning straight away and repeated it, it is one of those scores that you will return to numerous times and on each outing will discover something fresh and new, this is one for your collection, a must have item.

Released in 1969 HATE IS MY GOD or to give it its Italian title L’ODIO E IL MIO DIO was an interesting example of the Spaghetti western genre, the director Claudio Gora, produced a movie that was at times a little confusing and maybe somewhat dis-jointed in the opinions of many. From my own perspective I would say that I found it interesting in the fact that even at this stage in the entire genres development the film was something of an oddity in a collection of movies that themselves were looked upon as being quirky and offbeat by certain sectors of the motion picture fraternity. But, as always being within the genre of the Italian or Spaghetti western L’ODIO E IL MIO DIO was innovative and a movie that made people stop and think. I think that the graphic violence and the over the top dramatics that were employed at times made it an example of the genre that followers loved to hate. Right from the offset in the pre titles sequence the director relies on violent action to grab the audience’s attention. We see a hanging in front of women and young children and see the act through the eyes of a young boy, who we discover later is the Brother of the man who is brutally beaten and then hanged and left to be picked at by vultures. It’s a tale of revenge as in so many Italian westerns thet were produced in the mid to late 1960’s with the young boy returning wen he is an adult to avenge the murder of his sibling. As with all Italian westerns the musical score is always a component that plays a large part within the movie.

The score is the work of actor, singer. performer and composer Pippo Franco, I do remember buying the LP record back in the early 1970’s on CAM and it was actually the B side with the A side of the album containing HIS NAME CRIED VENGEANCE by Robby Poitevin. It was initially the art work that drew me to the release, as it was rather striking, and I pleased to say has been utilised for the compact disc release. Of course, being on a double soundtrack release LP there was limited space for the music and Franco’s score was cut down to just eight cues which open the CD release but with this latest issue on Penta music we are treated to no less than thirty three cues, the sound quality is excellent and the music is far better than I remember, the composer providing the movie with an inventive and bouncy soundtrack which encompasses many styles and is a collection of themes and vocals that will keep its listener entertained. There is amongst the jaunty themes and dramatic interludes and somewhat oddball vocals performed by Franco himself a sound and style that we all now identify with that of the Italian western I would not say that this is what one would normally expect when listening to Spaghetti western music, However, there are a number of stock sounds within the parameters of the soundtrack, banjo, organ, saloon piano, percussive elements, bells, jazzy ragtime sounding numbers, harpsichord, strumming guitars, jaws harp, and again those interesting songs, which pop up throughout in various guises and arrangements (shades of De Angelis). 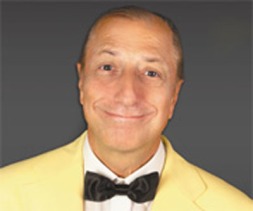 The score was conducted by Stelvio Cipriani and at times one can hear hints of this composers’ influences. There is also present echoing percussion which was something that Francesco de Masi employed on occasion within his scores for westerns and other types of movies, but an example of this sound is demonstrated in QUELLA SPORCA STORIA NEL WEST to name but one. When listening to the score if you know your Italian western soundtracks you will undoubtably draw comparisons between Franco’s music and that of Fidenco, Piccioni and Ferrio at times. The scores central theme is a haunting one, and again is presented in a number of arrangements, one being a vocal version and another having the banjo lead replaced by a Once Upon A time in the West fuzzy guitar effect. Pippo Franco I have to say did an admirable job for L’ODIO E IL MIO DIO, and it is a soundtrack that I know I will be returning to often. The release has great art work and contains admirable and informative sleeve notes, which is something that is a must for a release of a score such as this, because not everyone will be familiar with the movie. It is a gem of a release and one that every self-respecting Spaghetti fan should own.