Michiru Oshima, is definitely one of the most talented composers  working in film today. Her style and sound is highly innovative, lushly and romantically thematic and certainly melodic and hauntingly beautiful. She has the ability to support and underline dramatic, romantic and melancholy scenarios and lovingly adds colour to films like applying watercolours to a blank canvas, giving the film a greater impact emotionally. The composer adds fragility, drama, foreboding and also poignancy to every TV project and video game that she works upon. Plus she is also able to write rock infused passages and more contemporary sounding pieces, which is a testament to her expertise and her obvious talent as a composer.  I would like to thank Michiru Oshima for her time and her patience in answering my questions, I also owe a debt of gratitude to David Schecter of Monstrous Movie Music records, who made the interview possible.  jm.

Q: You have worked on motion pictures, video games and TV project’s, does the scoring or writing process differ between these?
Yes, when I compose music for the movies, I do think about the timing and how the music would sync with the pictures. For the games or TV shows, I often compose with the music menu rather than to match the timing of the images/pictures.

Q: You write for both symphonic and synthetic instrumentation, how do you work out your musical ideas, keyboard, or straight to the manuscript?
If there is visual content, then the image of the music will appear instantly in my head when I look at them. If there is no visual content, I do look at a script or storyboard, and I’d make an image in my head freely; I usually prefer this style to create ideas, so I often propose that to the directors.

Q: Do you come from a family background that is musical in any way?
My father used to work for a The Japanese TV station, creating video contents for TV. Not really connected with music, but I used to go to see movies a lot since childhood, and often, my father used to take me to the TV station where he worked. 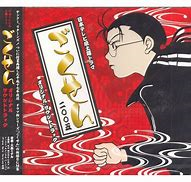 Q: What do you recall of hearing music for the first time, what was a piece of music that first caught your attention?
That was when I was 6 years old, and it was the Disney songs. When I was 8, I liked music by the Beatles, especially the song called “Yesterday”. 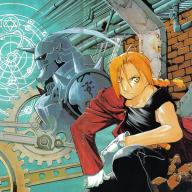 Q: What do you think is the role of music in a film?

I think that the role of music is like the blood in the human body, and also like a human heart, expressing the feelings that cannot be done by words.

Q: How did you become involved with your first GODZILLA movie?

I was asked by the director.

Q: You have scored three GODZILLA movies this is an iconic series that has been produced by Japanese filmmakers since the 1950s. when you were asked to score your first GODZILLA movie were you aware of the previous scores and the composers that created them or did you purposely avoid watching any of the previous movies so as not to be influenced, and did the producers of the movie have any specific instructions or ideas regarding the music?

Being a female, I had no interests in Godzilla at all; I’ve never watched or known much music of it before. When I composed the music for those films for the first time, I did not watch the movie or listen to music from the previous ones. The director just told me how big and how scary the Godzilla was. The rest, I just used my imagination.

Q: What musical education did you receive, and were there any specific areas of music that you concentrated upon whilst studying?

In the beginning, I composed music for commercials, then TV dramas, and then the film music as my music career progressed.

Q: Many of your soundtracks and compact discs are issued in Japan but these are hard to get in Europe, there are a few items available on I tunes or Spotify, but it’s very limited, when a CD of one of your soundtracks is released, do you have any involvement as in what music will be included on the disc or download?

No. Those are all decided by the recording companies or music publishers.

Q: I love the music for BLOOM INTO YOU, it is so lyrical, delicate and emotive, how much music did you write for this, and what size the orchestra did you have for the project?

About 40 songs, I believe. It was chamber music with about 30 people. A piano and string instruments were the main instruments, considering the contents of the production.

Q: The music for THE MESSAGE sounds so grandiose, what size orchestra did you use for the score and where was it recorded?
More than 80 musicians We recorded in Moscow.

Q: Do you conduct when scoring a movie, or do you prefer a conductor to work with the orchestra and you supervise from the control room?
If it is less than 40 people, then I would conduct it myself, and I prefer having a conductor if it is more than 60. 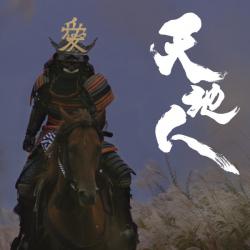 Q: As well as Japanese movies and TV projects you have scored Chinese productions, does the scoring process differ when you are recording outside of Japan?
Basically, the same, but if the recording is outside Japan, I have to send music and music data via the Internet about a week before the recording date. So, I do have to submit my work a little earlier. 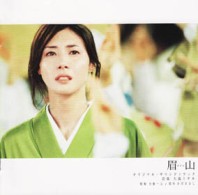 Q: How many times do you like to see a film or TV series before you begin to get any ideas about what type of music is required and where the music should be placed to best suit the movie?
It depends on the work, but for a movie, I’d watch it many times. I like to match the image and music frame by frame, so I check it in great details. It’s more about syncing the music with images/pictures than to get an idea. The idea of music usually comes to me almost immediately after I see the visual content for the first time.

Q: What composers and artists would you say have influenced you, this can be from film music, pop, classical?
I love British rock music. I love Genesis, Peter Gabriel, and Sting. And of course, the Beatles. I often write orchestral music, but in the future, I would like to write such music for films, and I’d also like to write rock music for the non-film/score music also.

Q: Your scores and music is so melodic, so beautiful, what is your opinion of the use of the drone-like sound in Hollywood movies in recent years, the themes seem to be fading away in film music, do you think this is a trend that will cease, or is this the new style of movie music?

I will continue to write music, treating the melody as an essential part of my compositions in the future, even if the new trend in film music is not so. I think that the melody is what people remember in their heart. I don’t believe that the melody/theme will disappear.

Q: You have worked on numerous projects for NHK TV, which is similar to our BBC, are the budgets for the music lower on these projects and how does a lower budget affect the music for a project?
In the old days, the budget was significant, but recently it became smaller. We used to have an entire month of the studio for just one production. I was able to make many variations of music using various instruments such as an ethnic instrument, electric guitar, drum, voice, orchestra, etc., but it is tough to do so now.

Q: How the recording facilities differ between Japan, Russia, and the USA, and have you a preferred recording studio or orchestra when you are working on a movie score?
First of all, the sound is different. The voltage, the construction of the studio, the humidity, etc. are also different. Depending on the worldview of a visual content/film/production, I would consider and select the country and the orchestra for the recording. Of course, I have to consider the budget also. I have not any records done with the UK or German orchestras yet, and I hope to do so in the future.

Q: GODZILLA VS MEGAGUIRAU, was released in the United States on CD I think, will the other two GODZILLA scores are getting a soundtrack release soon in the USA or maybe the UK?

I have no plans for the moment, but I would like to make the “best of the three Godzilla’s” that I’ve worked on, if possible.

Q: Do you orchestrate all your music, or is this sometimes not possible?
I do everything myself including composition and orchestration. I also do all my communications with the managers of various orchestras and synthesizers.