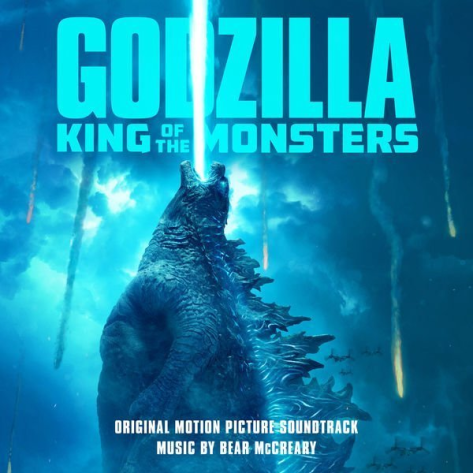 Theres a big movie in town this weekend and its star is the biggest in movie history. GODZILLA is back to cause mayhem and destruction in GODZILLA-KING OF THE MONSTERS, the music is by Bear McCreary who we all know from WALKING DEAD, and a few other well known TV shows and movies, his score for this incarnation of Godzilla is breathtakingly powerful, filled with commanding themes inventive choral passages and high octane action cues that never seem to let up keeping the pressure and tension full on throughout. This epic sounding symphonic bliss for any fan of quality film music is delight. The opening track of the score GODZILLA MAIN TITLE is superb, the blasts from the brass section heralding the coming of GODZILLA and the composer adds to this driving strings thundering percussion and harsh and aggressive choral chanting, that all combine to reach a wonderfully dramatic crescendo. Track number three, MEMORIES OF SAN FRANSICO begins slowly and subdued, but soon begins to build and alter its musical stance to become an imposing and grandiose affair for brass, percussive elements and again male voices, it is underlined by strings which are not so action fuelled giving the cue a kind of dual musical persona.

I love the way that McCreary incorporates ethnic Japanese sounds, which are a link between his score and many of the soundtracks to the original Toho movies which are now considered movie classics. In fact,  McCreary’s score is a homage to the many composers that went before him within the genre of monster movies, in particular the Japanese Godzilla pictures and he incorporates themes by Akira Ifukube into the fabric of his score, arranging them and orchestrating them sympathetically. I was brought up on the Japanese monster films and there would often be one or two on almost every weekend on the TV, I loved them and as I grew older began to appreciate not only the films but their scores. Monsters such as MOTHRA, GHIDORHA and RODAN who all feature in this latest outing for GODZILLA, all became familiar to me as did the music of composers such as, Akira Ifukube, Masuru Sato and Michiru Oshima. 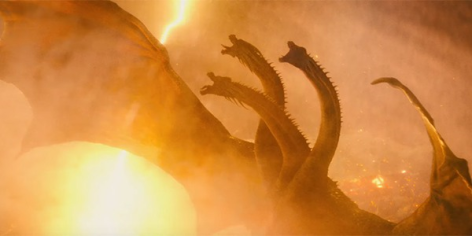 Of course there have been non-Japanese composers such as David Arnold and Alexandre Desplat who were involved on versions of GODZILLA but I do not think that their scores were any where near as entertaining and imposing as the Japanese originals. McCreary however, has managed to fashion a score that is a fusion of both the Japanese styles and the European approaches, and what we are presented with is a rich and highly dramatic work that like the monsters featured in the movie rampages its way forward and generates a fearsome and unstoppable musical tour de force, that is an action film music fans dream come true.

The rasping and growling brass is complimented by searing and soaring strings and thunderous and booming percussion, the use of male choir too gives this a real ferocious and hostile sound, as if the music itself like the Monsters is intent of destruction of everything around, but saying this there are still driving and powerful themes present, and although at times the music is totally action orientated every so often from amidst the carnage and sounds of destruction up rises a wonderfully atmospheric theme. McCreary also makes effective use of slight but hauntingly ethereal voices, which at times are barely there, but add their weight to the proceedings. McCreary has created cues for all the main monster contenders and fashions a explosive and striking composition to accompany A MASS AWAKENING. This is a soundtrack that I know you will enjoy, It is relentless in its style and sound and also has to it richly dark and vigorous themes throughout. Recommended.