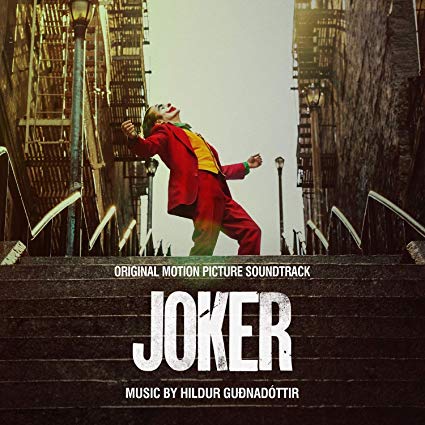 In a world of so many movies about Superheroes, I suppose it was inevitable that at long last there would be a film dedicated to a Super villain. And what a Super Villain THE JOKER is. The character has come a long way since those meek and good-humoured rough, tumble and biff, bam, zoew, TV episodes that starred Adam West as Batman and Burt Ward as Robin. And Cesar Romero as the Joker, his interpretation of the character being evil but in a kind of hammy and jovial way. The latest incarnation of the JOKER character is certainly way darker than those early days on TV and is an unnerving and convincing performance of a deranged personality that is pure evil and knows no boundaries in inflicting pain, discomfort and spreading chaos and carnage. Directed, produced and co-written by Todd Phillips, JOKER is an origin story The director focuses upon Arthur Fleck ( Joaquin Phoenix), and his study of this character is a rather stark and mostly sad insight into the life of a man who is clearly struggling to find his way and make his mark within the fragile and frantic society that is GOTHAM City. Fleck just wants some glimmer of light or maybe a slice of hope to fall his way, he attempts to change his fortune by becoming a stand-up comic, but he soon realises that the joke is very often him. He becomes trapped in a recurring existence that drifts between lethargy and spite and, finally we see his hurt when he is betrayed. The character portrayed wonderfully by Phoenix, gets caught in a spiral of never ending wrong decisions all of which impact upon each other and escalate into problems that become increasingly unsolvable, the chain reaction of bad scenarios in his life are the beginnings of this virulent characters incarnation, and we are treated to a no holds barred and gritty character study. The music for JOKER is the work of talented and innovative composer Hildur Guðnadóttir. She recently worked on the successful TV series CHERNOBYL and her score for this series received numerous nods of appreciation from both collectors, fans and critics alike. The music for JOKER is in the main dark and edgy, it has apprehensive and sinister undertones throughout, and supports and enhances the images and scenarios on screen perfectly. The score is filled with shadowy and unsettling passages and sounds, that are disconcerting and unnerving when listening to them away from the film. Many of the cues I would say lean towards the atonal as in no- thematic, but even amongst all of the darkness we can still find traces of thematic quality albeit fleeting and subdued. The work is certainly an original one, with the composer providing a vibrant and innovative sound and style to the proceedings.

If however you are looking for themes that are anthem like or traces of flourishes that are remotely proud and patriotic as in fanfares or racing and heroically laced compositions etc, then you maybe a little disappointed, But, that is in no way a slight upon this score, as it is robust, brooding, melancholy and at times lilting, and most certainly dramatic and exciting, but above all it is superbly affecting and tantalising.