I think I can safely say that we are all film music lovers here, but do we listen to just film music? Of course not, well at least I know many of us don’t. I am passionate about movie music and have grown with it as well as up with it. But along the way of course there have been other genres of music that have made an impression upon me. I was a dj for a while in fact for longer than I care to remember, and via this career move I encountered many types of music over a period of some 43 years behind the decks at first on the mobile circuit and then in the clubs of my home town Brighton on the south coast of England. One particular area of music I was drawn to was MOTOWN or TAMALA MOTOWN, its funny because Motown is the name of the label but it also is now established as the label for the type of music and the sound and style that that label purveyed.

But it was not just as a DJ that I noticed the Motor Town sound, no it began a few years before that when I discovered much to the annoyance of my parents the portable transistor radio the kind that ran off batteries, I spent many a night hiding under the covers in the hope that they would muffle the sound that was coming from its small speaker. Listening to the wat are now called pirate radio stations normally Luxembourg. Its funny because as a kid I honestly thought that radio Luxembourg was not in the Duchy of Luxembourg but on a ship off the coast of the UK, like Radio Caroline etc. I even had the idea that’s why it keeps fading in and out because it’s the ship moving on the sea. It was then under the covers that I began to notice this sound this style that was being put out by the Motown label, the DJs on air often referring to it as the Detroit Sound which of course was where the label was based. 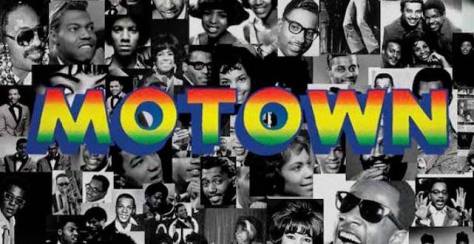 It was not just the vocals that I was drawn to, in fact it was more the music that caught my attention, and when you think about it the music actually was the driving force which pushed the vocals and enhanced the glorious voices of the likes of Marvin Gaye, The Four Tops, The Temptations, Diana Ross, Edwin Starr, Gladys Knight and the pips, The Supremes, Stevie Wonder, and later the likes of The Jackson 5.

The Motown artists were like a family, at times appearing on each other’s records sometimes uncredited. But it was the music that fixated my attention, those strings, the horn section, the riff’s performed by the guitars, percussion, keyboard or piano, it was a glowing collection of musical excellence that was flawlessly performed and often done in just one take. But who played the horns, who performed the riffs on guitar, who conducted this orchestra and where did they get those beautifully energetic strings from? This year it is 60 years since the Motown label was established, six decades of hits, six decades of vibrant and ingenious writing and sixty years of memories all accompanied by the sounds of Hitsville.

You may be wondering by the time you get to this point, is he mad, has he lost his marbles? Why is he talking about Motown this is a film music site, well yes it is and that brings me to the reason for this article, is a new music documentary that has already been aired in the USA on the Showtime Channel and is due to hit the UK in December 2019, (there have been screenings in cinemas already in the UK) the reason it was brought to my attention is I interviewed composer Ian Arber a while ago and he was responsible for scoring the documentary, so after the interview I researched the production and decided that it was certainly worth mentioning, and being the 60th anniversary of Motown what better time to INCLUDE IT ON mmi.

The film charts the labels birth in Detroit in 1958 up until its relocation to Los Angeles in the early part of the 1970’s. The label was established by Berry Gordy, and ended up being an iconic and respected name, the music of Motown and its artists transcended time, and brought together cultures, generations and also helped in bringing together ethnicities. The Motown sound often acting as a bridge or common denominator for various ethnic groups. The film contains interviews with key artists and also rare footage of recordings and performances. It explains Gordy’s reasons for forming the label and also touches upon the Civil Rights movement, but also shows that Motown was a colour-blind label as in it was aimed at everyone. For me after the 1960.s Motown changed and it was in the early part of the 1970.s that we began to see Motown artists leaving the label and turning up with Motown sounding songs on EPIC, ABC etc. But Motown continued, and attracted new talent in its new LA home. As a DJ in the clubs, I noticed that certain records which were popular say in the 1980’s lost their appeal to the audiences and sounded dated and tired, but as soon as a Motown classic was played the dance floor soon filled, with dancers of all ages, it seems that the sound of Motor town resonated with everyone. So, Motown I think never ages, it has to it a style and an overall sound that remains appealing to every generation, youngsters like it because their parents played it and in turn their parents also played it because they loved it etc etc. 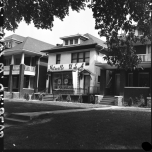 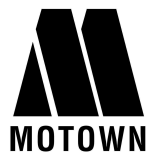 Berry Gordy who was the founder of Motown had always loved music and began by opening a record shop in Detroit, called the 3D Record Mart, Gordy’s aim was to try and educate the people into appreciating jazz, but the store did not last long and Gordy had to close its doors. However his love of music never faded and he would go to the clubs in Detroit and watch bands and solo artists, and it was in one of these bars that Gordy met a bar manager named Al Green, no this s not the same Al Green we all know as a vocalist, this Mr Green also owned Pearl Music and just happened to represent a singer named Jackie Wilson. It was at this stage that Gordy became a member of the song writing team for Wilson and penned REET PETITE which was a great success for the artist all over the world. The other writers involved were Billy Davies and Gordy’s sister Gwen. Gordy continued to write songs and it is estimated to have written a further 70 or so with his sister Gwen and Brother Robert.

The Temptations circa 1974. They are, clockwise from the left, Dennis Edwards, Melvin Franklin, Richard Street, Otis Williams and Damon Harris.

In 1957 Gordy met a young doo-wop singer Smokey Robinson, and with Robinson wrote GOT A JOB which was licensed to END RECORDS a label that was based in New York. The song which was to be the first for Smokey Robinson and his newly re named group The Miracles, was an answer song to GET A JOB which had been recorded by The Silhouettes the previous year achieved mild success. Gordy decided that he wanted to form his own label, originally wanting to call it TAMMY RECORDS after a film which starred Debbie Reynolds, but this was not possible, so he settled on Tamala instead, in 1959 Gordy and his sister founded ANNA records, and on this label they released a couple of dozen singles, the most popular of which was Barret Strong’s MONEY(that’s what I want). Which was written by Gordy and a Janie Bradford who was a secretary at the label. A number of the records released by Tamala and Anna records were picked up and distributed by Chess records in the States giving them a greater audience. And this relationship led to Gordy coming into contact with Harvey Fuqua who was the brother of INK SPOTS group member Charlie Fuque.

Gordy’s sister Gwen married Harvey in 1961. The rest is as they say History, and the founding of the label led to numerous hits which have become classics in music history, the harmonies, the melodies and the lyrics performed by so many iconic artists will I hope live forever. Many of the major hits for Motown were hits because they were simple, easy lyrics and also lyrics that actualy had heart and soul. For example, MY GIRL by the TEMPTATIONS with a lead vocal by band member David Ruffin and an unforgettable opening bass line and guitar riff. It was musical moments like this that I for one was attracted to and also the string arrangements in many of THE TEMPTATIONS other songs such as “JUST MY IMAGINATION”, and who could forget the infectious and driving strings in GET READY and the wonderful orchestral backing on Marvin Gaye and Tammi Terrell’s “AINT NO MOUNTAIN HIGH ENOUGH”.

And “IT TAKES TWO” with Gaye duetting with Kim Weston. These are just five examples off the top of my head, and as they say the list is endless and with Motown they are not exaggerating.

The brilliance of Stevie Wonder as an artist and a song writer, the haunting vocals of Diana Ross and the unmistakable lead vocals of Levi Stubbs of the FOUR TOPS on. Hits such as REACH OUT, SEVEN ROOMS OF GLOOM, BERNADETTE and CANT HELP MYSELF, with the remaining three group members punctuating and enhancing his distinct vocalising. Motown will live forever, which is something I am pretty pleased about. Catch the movie if you can or wait till December for the TV screenings, either way you must see the movie. In the mean time dust off the MOTOWN CHARTBUSTERS ALBUMS and step back in time for a party.