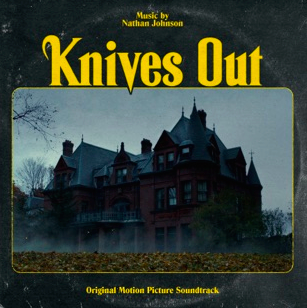 There has been a lot of hype and media cover on the movie KNIVES OUT, and by the looks of things all the positive remarks and observations are correct. The musical score is by Nathan Johnson, who wrote the scores for films such as LOOPER in 2012 and DON JON in 2013. Johnson is also a director and producer, Nathan Tyler Johnson was born on August 4th 1975, in Washington DC, he spent much of his early life in Colorado, and then lived in the UK for a while during the early to mid-2000’s. He then returned to the United States where he settled on the Eastern coast and formed his band the Cinematic Underground. This career move made it possible for Johnson to begin to work on film scores and he wrote his first work for film in 2005 when he scored the movie BRICK. Which was directed by his Cousin Rian Johnson who has also directed an all-star cast in KNIVES OUT. And so, to Johnson’s atmospheric and entertaining score for this contemporary take on a whodunnit which leads to another whodunnit or an on-screen version of Cluedo if you like. Nathan Johnson has crafted an appealing and highly atmospheric score for the movie, he manages to evoke memories of film scores from an age away, yet incorporates a somewhat jazzy and jaunty sound into the fabric of the work, so although it is for the most part fully symphonic it also boasts a number of sounds and styles which are cleverly integrated into the main weave of the score. 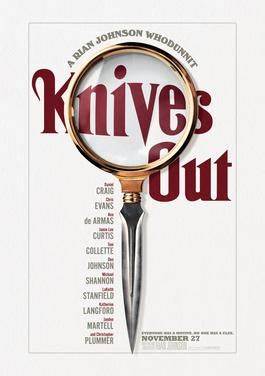 The work for me was sharply intense in places and also had to it a preciseness, the composer creating wonderful razor edge lines via strings that are embellished by brass and percussion, in a number of passages I was reminded of the almost growling and dark style as purveyed by composer Bernard Herrmann with Johnson using solo violin and also piano and harp to introduce an air of elusiveness and mystery. To be honest I believe this will feature in many top film score lists for 2019 because it is an affecting soundtrack and also an accomplished one.

Right from the off with its STRING QUARTET IN G MINOR acting as the opening theme, we just know that we have something special here, the style of writing and the quality of the compositions and the performance just gets better as the work progresses. I would not say it’s a complicated score but there again it’s not a simple one either, we have drama here, comedy, romance, melancholy and downright menace and mischief all rolled into one and with everything musical moving around one another trying to maybe outfox or at times outplay each other, this is a film score of the highest calibre and one that you should own, the colours and textures that are contained within the score are unbelievably vibrant and once heard are never forgotten and soon returned to for another listen. RECCOMENDED.