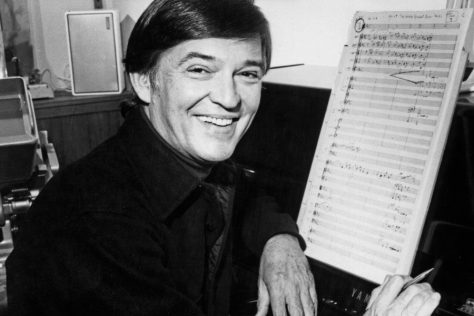 John Morris was in my opinion such an underrated and undervalued composer of film scores. We all and rightly so associate him with the works of film maker Mel Brooks, but because the Brooks films were invariably comedy many seemed to dismiss Morris as a composer who could only work on comedies or satires as produced by Brooks, these being THE PRODUCERS, SILENT MOVIE, BLAZING SADDLES and also YOUNG FRANKENSTEIN. But I was always told by various composers that the hardest genre of film to work on was comedy, because the composer had to get the timing exact and also dare not go over the top musically for fear of stealing the verbal and visual punchlines. 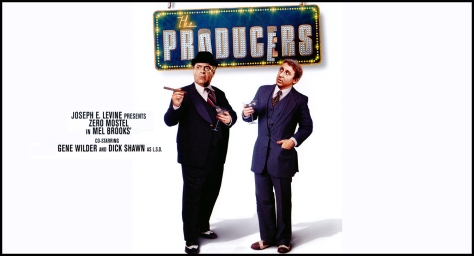 But Morris to coin a cliché was chameleon like when it came to writing for film and I am of the opinion that YOUNG FRANKENSTEIN is a perfect example of his scoring prowess, his innovative talent and his obvious gift for melody and also his precise and accurate execution of placing music in exactly the right place to either highlight a moment of drama or more often than not to underline and add weight to a punchline within the storyline or in a particular scene. Sadly, the actual score for YOUNG FRANKENSTEIN has never received an official release, yes there was the version which included excerpts of the composers score but this release focused mainly on the dialogue from the movie itself. I could never understand why the score was not issued as it is probably one of the composers most accomplished works for cinema and stands alongside more serious efforts such as THE ELEPHANT MAN and THE DOCTOR AND THE DEVILS. 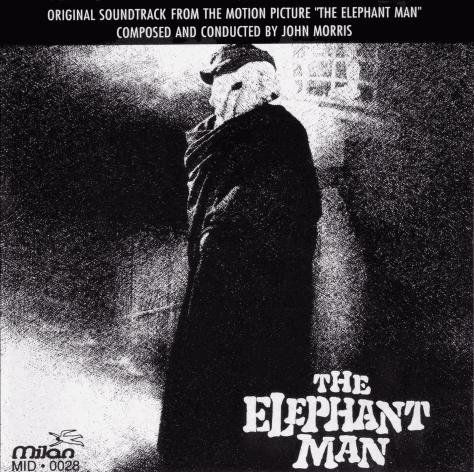 There was so much more to this composer than the scores he produced for filmmaker Brooks, Born John Leonard Morris on October 18th 1926 in Elizabeth New Jersey, it was evident that Morris would be involved with music because as a three year old he began to take interest in all things musical and also started to learn how to play the piano. His family re-located to Kansas where Morris continued to take an interest in piano, but in the 1940.s Morris moved back to New York City where he studied music at Julliard School and at The New School for social research. From the early 1950’s through till the 1970’s Morris began to work composing incidental music and writing musical numbers for various Broadway shows. In 1966 he wrote his own musical entitled A TIME FOR SINGING, but also worked on other shows which included HAMLET, MACK AND MABEL, DEAR WORLD and BAKER STREET. It was whilst working on Broadway that Morris met Mel Brooks and they collaborated on two shows, SHINBONE ALLEY in 1957 and ALL AMERICAN in 1962. 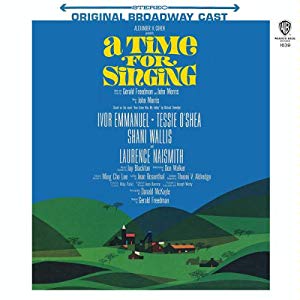 It was these early collaborations that led to Morris working with Brooks on THE PRODUCERS when he penned the number SPRINGTIME FOR HITLER and created the underscore for the production. This was the beginning of a collaboration that was to last many years and include twenty movies. Many people in the world of film and film music mention great composer director collaborations such as Sergio Leone and Ennio Morricone, Spielberg and Williams and Herrmann and Hitchcock, but maybe they should focus upon the Brooks, Morris partnership also. It is a partnership that has produced numerous moments of excellence within cinema history, where music and film just come together to create stunning and memorable combinations. YOUNG FRANKENSTEIN is one of those movies where the composer and the director are in tune with each other, Brooks creating his own take on a classic horror film, and Morris scoring the comedy led movie with music that at times is less than comedic, but is melodic and haunting. 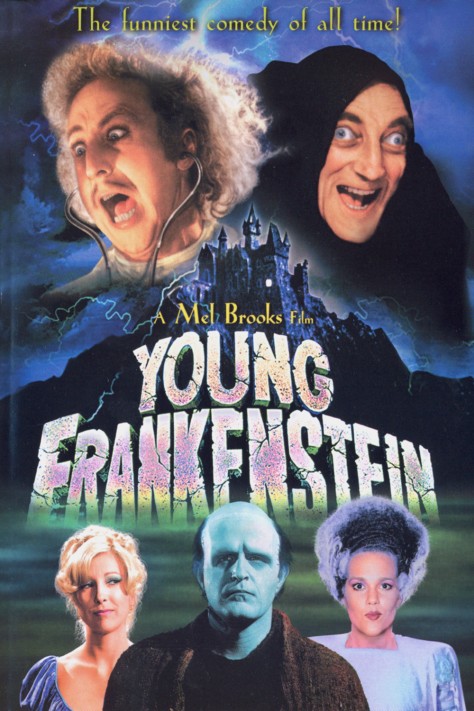 Brooks filmed YOUNG FRANKENSTEIN in black and white, which of course was a direct acknowledgement to those Universal horrors of the 1930’s and 1940’s, and Morris too paid his own homage to the Universal years with a score that had many nods to composers such as Hans J Salter and Roy Webb who worked on these monster movies and others. This romantic and melodic approach can be heard within the composition which has become known as THE TRANSYLVANIAN LULLABY, a composition that became the core theme for Morris’s score, the composer introducing the theme within the opening track which played over the films main title credits. It is maybe also the pre-cursor to the theme that John Williams penned for SHCINDLERS LIST.

Morris utilised the lilting and melancholy sounding theme performed by a fragile and heartfelt solo violin as the theme for the Monster, which was a masterful way of accompanying Frankenstein’s creation, and gave it heart and actually made the watching audience feel empathy for it. The theme is central to the films storyline and the composer s affecting and beautiful composition becomes not just a background to the story but an important and integral piece of the film and the foundation on which the composer builds the remainder of his score. Morris also scored films for actors such as Gene Wilder and Marty Feldman who had starred in a few Brooks movies, these included THE ADVENTURES OF SHERLOCK HOMES SMARTER BROTHER, THE LAST RE-MAKE OF BUE GESTE, and THE WORLDS GREATEST LOVER among them. 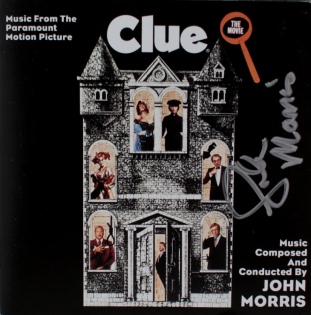 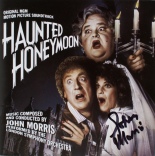 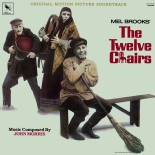 Morris dd not score two Brooks films because he was committed elsewhere according to the filmmaker, these were ROBIN HOOD MEN IN TIGHTS and DRACULA DEAD AND LOVING IT, both of which had scores by composer Hummie Mann. YOUNG FRANKENSTEIN was released in 1974, and although on reflection on the occasion of the films 40th Anniversary Brooks said he considered it his finest work, but probably not his funniest. 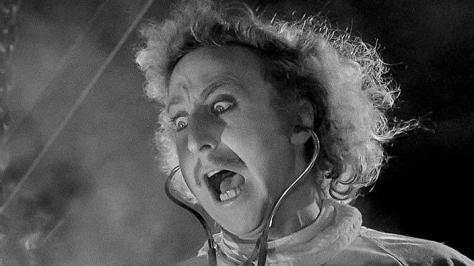 The score for this gothic laced spoof of the classic Mary Shelly story, starred Gene Wilder as Dr Frederick Frankenstein, Marty Feldman as Igor, Peter Boyle as the Monster, Terri Garr as Inga, Madeline Kahn as Elizabeth and Cloris Leachman as Frau Blucher (thunder and lightning effects with a horse neighing wildly). The film also featured Gene Hackman as Harold the Blind man. I think the movie is something of an acquired taste, but then if you have seen anything by Brooks I am sure you know what I mean, and yes I have to agree with the film maker when he said it was not his funniest move, but it is still a good one and also a movie that itself influenced other productions. Considering the film was in essence a comedy or a satire on a classic tale, composer Morris played it straight when it came to the music, and although there were a handful of punchline musical moments, for example when Frankenstein meets Igor and when Wilder declares he is indeed a Frankenstein. 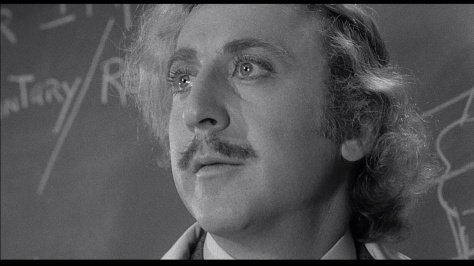 For the most part the composer scored away from the comedic content, the score becoming the straight man to the director’s funny man approach which came across wonderfully when the music and image fused and became one as it were. We felt the anguish and the confusion of the Monster within the score, the music purveying a sense of not belonging and also at the same time it underlined the comedy element and probably made that even more prominent because the music was serious and at times over the top dramatically. It is without a doubt the composers Masterpiece, or at least one of them, because we have to consider the brilliance of his score for THE ELEPHANT MAN for example, and also his split second timing on the score for SILENT MOVIE which was key to the gags that were being acted out on screen. And then there is his dark, chilling and atmospheric music for THE DOCTOR AND THE DEVILS, all very different but all superb examples of movie music. Watching the movie YOUNG FRANKENSTEIN and focusing upon the actual score is a difficult task as one invariably becomes involved and caught up with the images and the films storyline, but when you do kind of manage to isolate the score and take a listen it is a work of impeccable quality, the composer fashioning this homage to films from days gone by with romantic and dramatic compositions complimenting each other and eloquently underlining and punctuating the proceedings on screen. 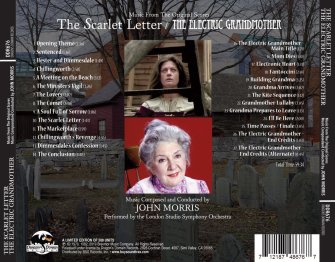 There is a romanticism to the work but also an underlying element that suggests madness and unpredictability, the sound and style employed being a million miles away from that of say, SPACEBALLS, BLAZING SADDLES and THE PRODUCERS. The composers central theme becoming mesmerising and strangely attractive. The score was a short one and runs for approximately thirty minutes, but the impact it made was immense. YOUNG FRANKENSTEIN without the music of John Morris would be like watching PYSCHO without Herrmann’s shrieking strings and James Bond without his theme. 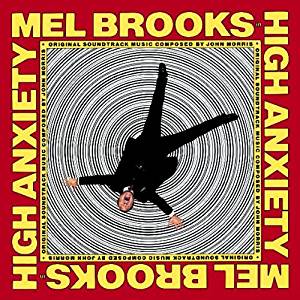 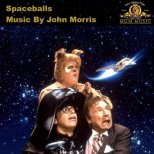 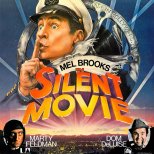 The score itself was made up of a number of relatively short cues, but it was where these brief musical encounters were placed that was so beguiling and affecting. The composer at times providing literally seconds of music to create an atmosphere or add impact to a scene or underline a punchline. One track in particular I think is effective and that is the scene in the graveyard, Frankenstein (Wilder) and Igor (Feldman) go to the graveyard to get a body as they dig up a coffin from its resting place, Frankenstein says, “What a filthy job” spitting the earth from his mouth. “Could be worse” replies Igor. “How”? enquires the doctor. “Could be raining“. says Igor in a matter of fact way, And at that moment there is a flash of lightning and thunder rumbles as the heavens open upon our hap hazard grave robbers. Morris scored the seconds leading up to this moment with a sombre sounding low brass led composition, which created an eerie atmosphere, but as soon as we see who the grave robbers are the music stops and that’s when the gag or the scene takes over. So, Morris sets up the gag and at the last-minute pulls back allowing it to have centre stage.  Let us also not forget the composers work for TV, as in SCARLET, THE SCARLET LETTER etc and his score for DIRTY DANCING. John Morris was an accomplished and highly talented musician, composer and arranger, the like of which we will be hard pressed to discover again. He died on January 25th 2018. 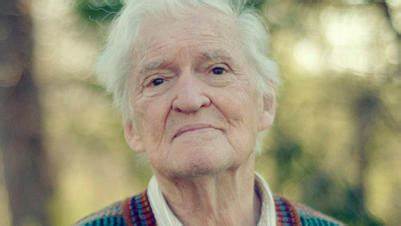