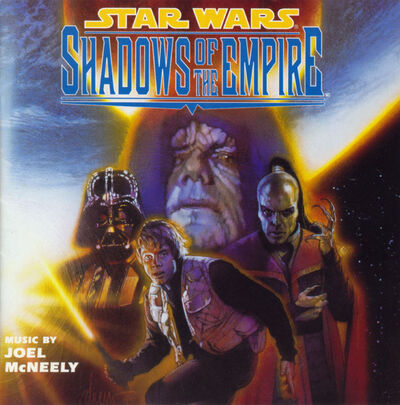 It was 1996, and the STAR WARS trilogy was still that a trilogy, as in STAR WARS-A NEWHOPE, THE EMPIRE STRIKES BACK and THE RETURN OF THE JEDI. Enter then the excellent score as composed by Joel Mc Neely for SHADOWS OF THE EMPIRE, which I am pleased to say was re-issued onto vinyl on My 4th this year. Not a film or a video game as it has been advertised or spoken of by many as being,  but instead music written for a book, yes that is right a novel which was written by Steve Perry and Mc Neely fashioned a musical score which revolved around it. 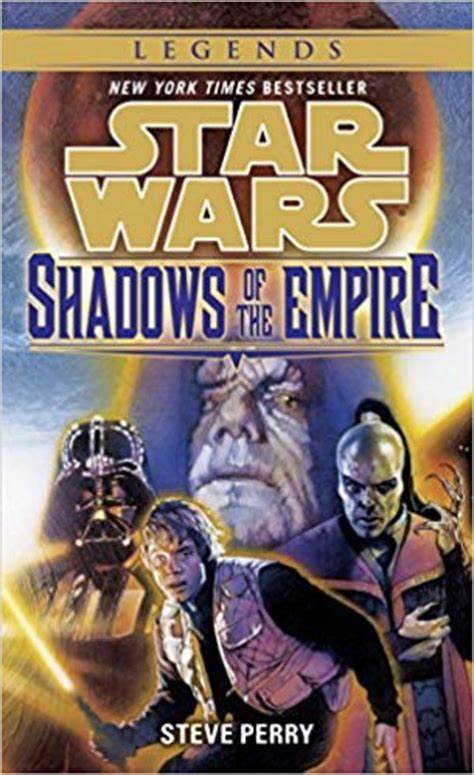 But before we discuss the score for this STAR WARS spin off, I would like to go back a few years, to the 1980.s when two films which were indeed the first STAR WARS spin offs were released. CARAVAN OF COURAGE (1984) and THE BATTLE FOR ENDOR (1985) involved those feisty and adorable Ewok’s that we first encountered in THE RETURN OF THE JEDI in 1983. 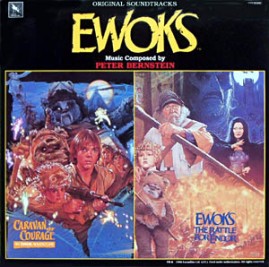 The music for both the Ewok adventures was penned by composer Peter Bernstein, the LP containing both soundtracks being issued by Varese Sarabande. Both Ewok adventures were made for TV films, but in the UK were shown in cinemas before going to video. CARAVAN OF COURAGE, which when shown on TV was entitled AN EWOK ADVENTURE is set on the moon of Endor and takes place at a time between the events of THE EMPIRE STRIKES BACK and THE RETURN OF THE JEDI. The plot involves the Ewok’s and two young children who are searching for their parents. It is an entertaining movie and one which obviously has become linked to the STAR WARS series and looked upon affectionately by some STAR WARS fans. 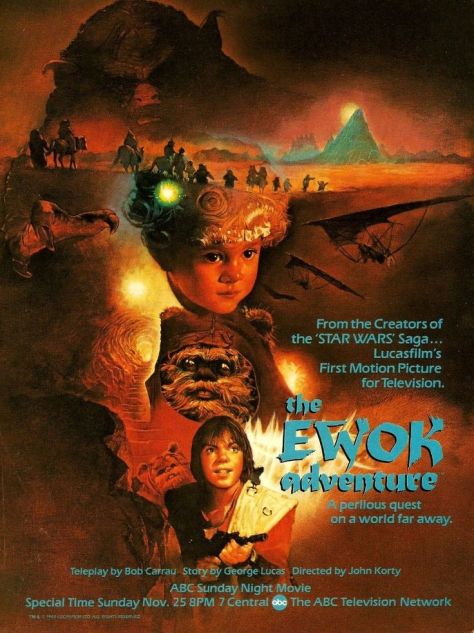 Because it was well received a sequel was released swiftly and THE BATTLE FOR ENDOR came to fruition. This time the plot revolves around Cindel Towani who is the young girl from the previous movie, who after being orphaned stays with the Ewok’s in their battle to save their village and fighting the evil raiders that have taken control of the Endor Moon. Both stories were written by George Lucas the first movie being directed by John Korty and its sequel being helmed by Jim and Ken Wheat. Both films were scored by Peter Bernstein, who resisted the temptation to include any direct reference to the STAR WARS music of John Williams as in openly using the iconic theme or references in musical terms to the trilogy of scores, which in many ways was a good thing, the composer thus creating an original sounding work that supported both adventures magnificently. 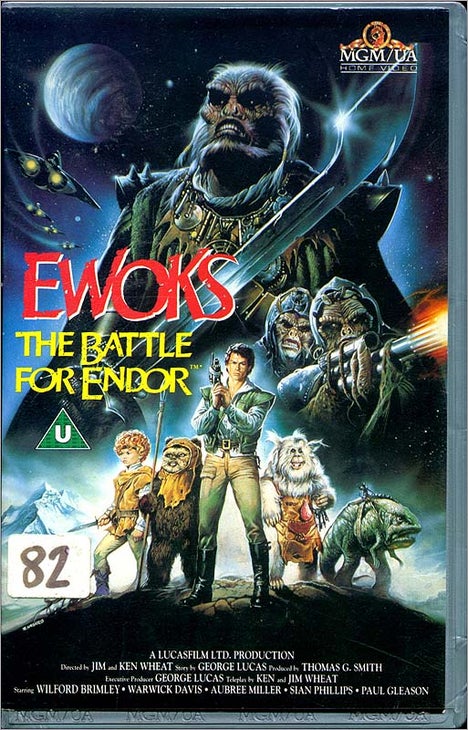 The scores were both dramatic and had action led cues but also contained some lush sounding and romantically slanted themes. Bernstein’s score for CARAVAN OF COURAGE opens with a rousing march like piece entitled THE TREK which is filled with brass flourishes and strident strings supported and embellished by martial sounding percussion. A simple but effective composition that sets the musical mood for much of what is to follow. 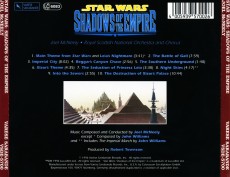 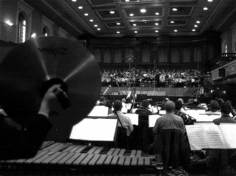 The second cue from the score which is THE INTRODUCTION/MAIN TITLE is a more lavish and romantically led piece, with strings again having the lions share of the performance with subtle woods and restrained brass combining with the string section to deliver a luxurious sounding theme, that at times is very reminiscent of the STAR TREK television series theme as composed by Alexandre Courage, but given a more sumptuous arrangement. CARAVAN OF COURAGE contains many varying styles, and is I have to say a score that can be listened to from start to finish without thinking I will just skip this track. Cue number three NOA AND TERAK is initially a rich and melodic piece, but soon alters and changes its mood purveying an apprehensive air and tone, the composer alters the sound and style again for track number four TEEK, which is a theme composed for one of the movies quirky but lovable characters and is a little madcap and comedy led. 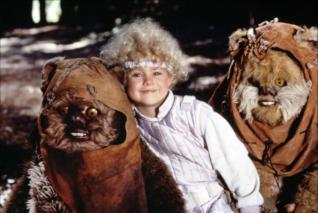 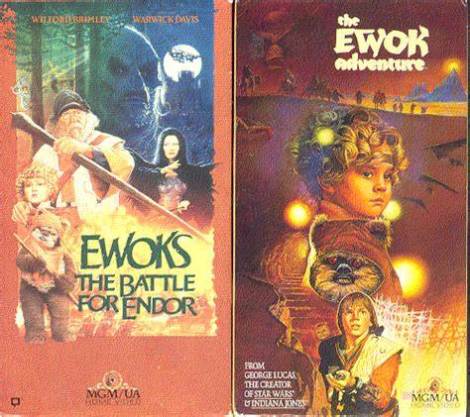 I am not sure if all pressings contained the same track line up because there seems to be at least three versions as far as I can make out, what I also noticed is that there are definite references to the scores of Elmer Bernstein within the score, most noticeable when we hear a KINGS OF THE SUN influenced section. But this does not detract from the quality and the entertainment value of the scores, in fact it probably adds much to both. All the music on the recording is good and is a worthy addition to the STAR WARS musical canon. 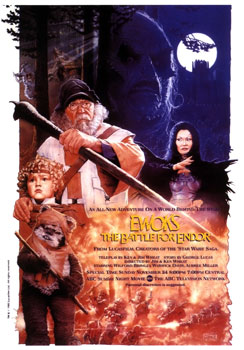 I think I correct, but do not shoot me if I am not, but the scores never received an official CD release, instead there was a bit of mish mash bootleg on FORCE RECORDS who are based supposedly in Singapore. Which contained two cues that are not on the original LP and although STAR WARS themed are nothing to do with the Bernstein scores at all. If there was no official release maybe this is something that Varese might want to consider soon. 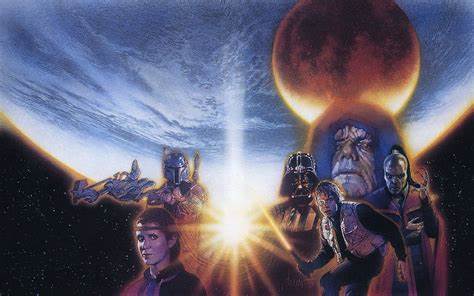 Back now to SHADOWS OF THE EMPIRE, Joe Mc Neely is a composer who always delivers, he may not be high profile in the eyes of many, but he has the ability and the talent to provide music for every genre of film and in this case compose an epic sounding score for a story rather than a TV show, video game or motion picture. SHADOWS OF THE EMPIRE has an affiliation with the two Ewok movies as it is a story that is set between EMPIRE and JEDI in the STAR WARS series. It was a multimedia project that was an idea of Lucasfilm, who created the story and wanted to explore the notion of the commercial possibilities of a motion picture release in the series without making a film. It was mildly successful and played a big part in re-igniting interest in the series before the re-release of the original trilogy in cinemas with special features and outtakes in 1997.

The score by McNeely is superb, and although it was said that the composer set out on the project with the idea of creating a sound and style all of his own it opens with the familiar STAR WARS theme, and the composer employs a Williams-esqe style throughout, introducing instantly recognisable themes which were fashioned by Williams for the central characters of all three movies. 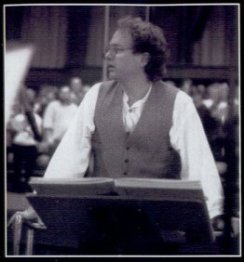 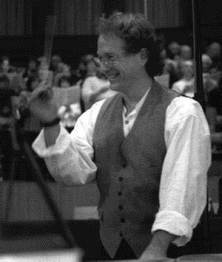 He fuses these with new and vibrant compositions, thundering percussive elements and fast paced string and brass compositions that add depth and excitement to the proceedings. The familiar musical moments include THE MAIN TITLE, THE IMPERIAL MARCH or at least shades of it, LEIA’S THEME, with fragments of CARBON FREEZE from EMPIRE, the action cues too are typical STAR WARS led pieces, and also have to them Mc Neely’s own stamp upon them. Performed by a near 100-piece orchestra in the form of the ROYAL SCOTTISH NATIONAL ORCHESTRA with a substantial choir. This 50-minute score is well worth investigating the original CD also contained CD-ROM features which are also well worth checking out.