SONHO DE ALINE is a documentary short film, it tells the story of a Franciscan nun who during world war ll was responsible for rescuing children who had been orphaned and bringing them out of Germany and ensuring that they safely arrived in The United States. This work is still today being carried on, with organisations working effortlessly with deprived children, but this time in Brazil, where they take the children off the streets and offer them a chance of a better and safer life.

But due to the lack of financial backing and dwindling funds they are close to having to stop their work, maybe for good. The documentary shows their work and also hopefully will get across their desperate plight and also the ever diminishing life-lines for the children. The music for this documentary is the work of composer Alfonso G Aguilar, the Spanish born composer who is now based in The United States has written a handful of scores in recent years that have raised more than a ripple of interest within the soundtrack collecting fraternity, a few of which we will touch upon later in this review/article. He has for SONHO DE ALINE created a touching and sensitive score which underlines the fragility of the children and also supports the emotional and heart breaking situation that they and also the people who are trying to help them find themselves in. It is certainly a score that is filled with poignancy and also has to it a real heartfelt and affecting sound, the composer lightly brushing the film with his light and effective musical poems adding texture and colours like an artist adds colour to a blank canvas. It is a short as I have said and therefore it follows that the score too is a brief affair, just over eleven minutes in total, but the composer in this short space of time manages to fashion a soundtrack that is totally consuming and hauntingly beautiful. The work is a fusion of instrumentation, but nothing over the top or over blown, instead the composer writing in a more understated and subtle fashion, which in a way makes the music stand out more if that is at all possible. The effect is a stunning collection of short musical interludes that are dramatic in a subdued way but are also powerful.

In recent years, the music of Spanish composers has become more prominent in films that have received releases outside of Spain, and many of the composers have indeed become as well known as some of the Hollywood composers. Aguilar wrote a wonderfully atmospheric score for the 2018 Argentinian horror NO DORMIRAS or THOU SHALL NOT SPEAK as it was entitled outside of its country of production. I would not say that the movie itself was a great one, as I felt it was rather predictable and also did take a while to actually get moving, The score however I felt was accomplished, the composer using a more melodic approach at times rather than the normal Horror atonal material, although there is certainly also some of that present. 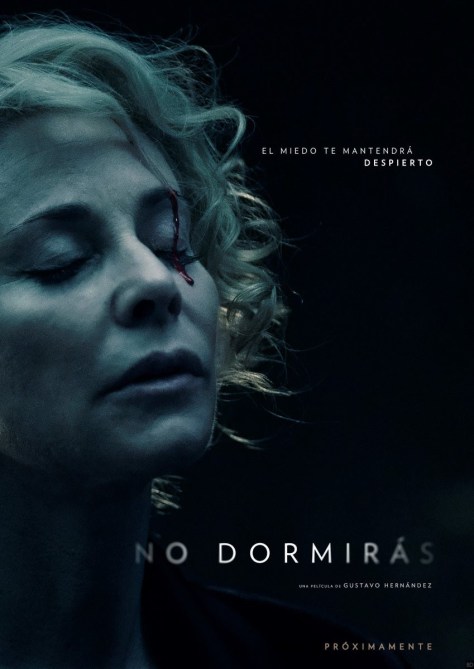 There are a handful of cues that are performed on piano, which has to it a lilting and delicate sound, the charming and haunting melodies gracefully supporting and enhancing the films storyline or accompanying one of the characters in the story. The composer also employs the string section to great effect creating an adagio type of style, at times, which is lush but by the same token can be chilling and unsettling. A music box sound is also included, with a simple childlike melody that grabs the attention of the listener and is something that the listener will recall long after it has ceased to play. The atonal material although being relentless and driving does have within it thematic direction, by this I mean it is not just driving strings layered over percussion and with brass and more strings adding to its tense and dramatic content. NO DORMIRAS is a wonderfully dark score, filled with jolts and jumps and those things that make you uneasy even in the day light. One to look out for.

PERDIDA is a Netflix film from 2018, (not to be confused with the Spanish TV series of the same name from 2020. This is a drama set in Argentina, which was at first glance to be honest looking promising. But and there is always a but, isn’t there. It turned out to be something of a let-down, it’s a mystery drama about a missing girl, who’s case is re-opened by a police officer who was her friend and is approached by the Mother of the missing girl to do so. It’s the same old scenario, she wants to re-open the case but her boss is saying no, but guess what she does it anyway. The musical score in fact adds so much to the drama but even though it is a good soundtrack it still does not have the ability to lift the production out of the doldrums and make it more interesting. The work by Aguilar is a fusion of both conventional instrumentation and electronic sounds and soundscapes, which work fairly well together, combining to create some interesting moments, but like the movie the score at times does tend to lose its way slightly, I think what I will say is if you want to check it out it is on a number of digital platforms, so definitely try before you buy as they say. 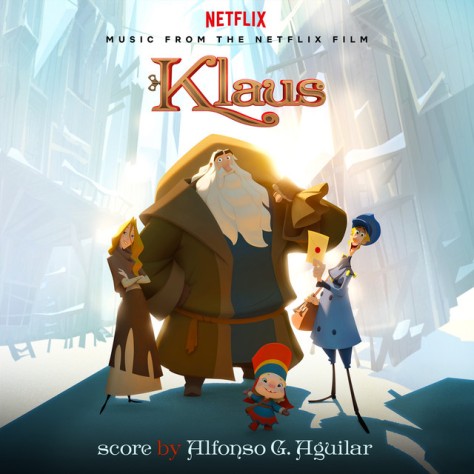 In 2019 the composer scored the Netflix animated feature KLAUS, which was a delightful tale and one for kids of all ages. The composers score is attractive and robust, filled with superbly vibrant themes and an abundance of memorable musical moments. I have to say I enjoyed this one immensely, it has to it a sound and a style that maybe could be likened to that of James Horner, chilling and dark in places as well as being welcoming, calming and sentimental. This is one of my favourite scores by this composer, there are numerous fun packed cues as well as the over the top action pieces, its just a rollercoaster ride of rich heroic and grandiose romantic interludes, that are heard alongside mysterious and magical compositions, emotive and melancholy tone poems and sorrowful cello performances. it is a great score and an entertaining listen.

YOU ONLY LIVE ONCE is a film that the composer scored in 2017, at the time I did think that it was quite outstanding, but for some reason never did get round to even mentioning on here, its an up-beat score, literally a no holds barred, knock em down and drag em out soundtrack, it just never lets up, keeping the pressure applied throughout. It I think more akin to the Bond sound than anything else, full throttle and brassy percussive beats being the order of the day with driving strings supporting synths and electronic instrumentation all the way, with the occasional respite, that includes a Yiddish sounding theme, which is so relevant to the films storyline. It’s a bit of fun, but at the same tie this is good film music and a soundtrack that you should really consider adding to your collection asap. Other scores worth mention from the pen of Alfonso G Aguilar include, MONEY, TODOS, 021 and the inventive GURBA.