The movie KILLERS ANONYMOUS received mixed reviews when it was released, sadly many were negative, but I remember catching It on SKY movies  early one morning, and thinking it wasn’t that bad, ok yes it’s a little bit of a quirky storyline, and at times did remind me of something that could be the work of Tarantino, it has that sort of vibe going on. Maybe I am easy to please not sure on that one?  Gary Oldman was the star, which is a plus in anyone’s book. I was however more impressed with the score for the film, the music is by composer Roger Goula.

His creation and combination of musical textures and colours is superb, with the moods and atmospheres he brings to fruition being wonderfully supportive of the scenario or action that is unfolding on screen. It was I thought also quite integral to the movie with music not just being a background becoming a vital component of the production. At times, the music was slow burning and a simmering underscore, which undulated beneath a storyline waiting to pounce, successfully creating a taught atmosphere for the watching audience, KILLERS ANONYMOUS is a rather unconventional movie, and things can become heated and downright bloody in the blink of an eye.

The score I thought took this into account and worked well in bringing to the fore the correct amount of tense and nervous elements. Then there were more pronounced musical moments which just took the action on screen by the throat literally, enhancing a camera shot and underlining a sentence that was spoken.  The score, I felt worked so well because it gave away very little there were no musical hints or even an inkling of what was about to happen, at times it was more the music that was lulling one into a false sense of calm and then POW, without any warning or no musical indicator the moment of violence, or action was upon us. There are many nods in the direction of other genres including some smouldering and threatening material and a rather offbeat and quirky homage to the Italian western score in the cue  CHURCH SPLATTER, which reminded me of something that Bruno Nicolai, Luis Bacalov or even Nico Fidenco might have come up with for a western showdown. 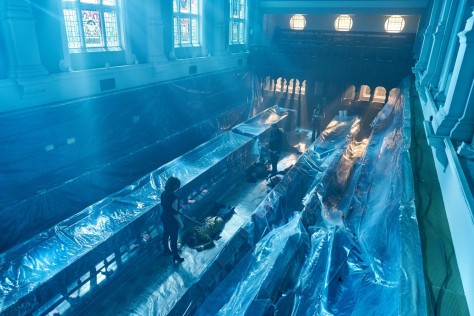 Whether the composer did this intentionally I do not know, but it worked and was affecting as well as effective. The cue opens with what I would call a slightly sinister but at the same time reverent sounding organ that opens the proceedings the organ being played in the church  by one of the protagonists, this segues into something that is the beginning of a more up-beat and substantial composition, as timpani introduces and ushers in a mariachi sound as in a trumpet solo that is combined with a whistling effect and strumming guitars punctuated by Jews harp that fashion the atmospheric piece which is  both, melodic and stirring, adding drama and tension to the scene it is written for. 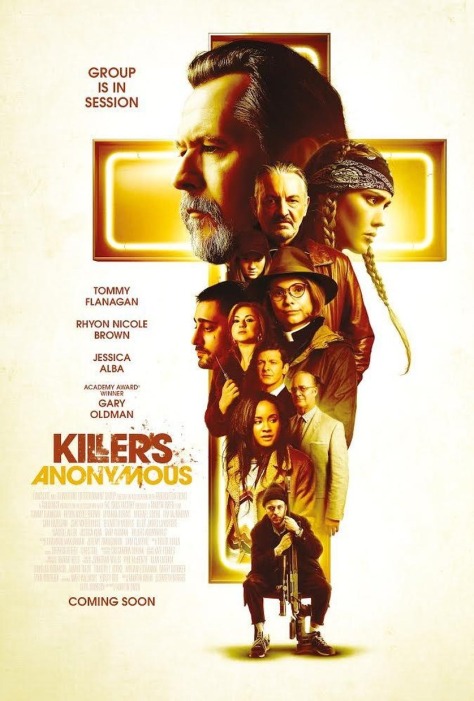 Most of the score is built upon a mysterious, low key style that is filled with an apprehensive air, the brooding and dark foundation of the score has to it a compelling persona that is menacing and attractive. Like myself, I am certain that you will find it difficult to resist this combination of sounds, because like the movie you feel that you must continue with it, as curiosity is telling you to continue so you can discover the delights and unconventionality that is unfolding.

The same can be said of the score, the music has to it a beguiling and attractive style, and it seems to hook the listener when heard away from the images, but also is absorbing when one is watching the movie. This is a score that I found interesting as well as being entertaining, and whatever critics etc felt about the movie, they surely have to agree that the composer created a soundtrack that punctuated, enhanced and totally supported the quirky, violent and strange occurrences on screen.

Sadly, the score is not released yet, but I am hoping this will be rectified very soon.  There is so much variety within the work, dark and sombre material, alongside up tempo and infectious sounding passages, funky interludes and then the more symphonic sounding pieces that seem to appear out of nowhere creating what I call those special moments within a score or film, when the images and the music go hand in hand and gel, fashioning an impacting musical momentum and making a good scene great and more effectual. It is a score I recommend, so when it is released go out and get it before it comes looking for you.

It’s worth mentioning that the score was recorded in Budapest, and performed by the Budapest Art Orchestra, mixed by Tom Bailey at Air studios in London, with some outstanding musicians that have solo parts within the score such as, Gareth Lockrane on flute and trumpets by Tom Walsh. This is a quality work and one that you should add to your collection when its finally available.