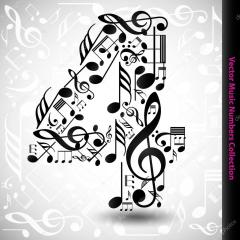 Interesting, dark, surprising, heartrending and entertaining, that is what I have thought of a handful of the latest additions to the soundtrack releases worldwide. Tense and harrowing thrillers, wartime dramas, Kids movies, romances and tales of special individuals all go to make up Soundtrack Supplement fourteen, hope you enjoy our latest look at the soundtrack releases around.

The soundtrack for many of us refers to the ORIGINAL SCORE and I for one normally would be a little apprehensive listening to a soundtrack that was made up of just previously released tracks. But the first release I have included is a soundtrack that is made up from original compositions and also includes tracks that have been written as just music or have been used before in other ways. SANDOW (2018) is an independent movie that was the directorial debut of Alexander Cooper who also has a role within the production, SANDOW is a strong man played in the movie by Timo Kerviven, the music is credited to KILLSTAR and Frederic Mauerhofer, but which tracks are by whom I am not entirely sure as there is at the moment no soundtrack release, but there are a handful of cues on You Tube, all I can say is I enjoyed listening to the tracks that are available and was struck that some were evocative of the style of Vangelis in places, the opening credits theme is an attractive and catchy piece with other cues being performed on solo piano that are hauntingly effective as a listening experience. It’s a difficult thing to recommend that you check this out as there is as I say no official soundtrack recording, and I suspect that being an indie movie this wont happen any time soon, SANDOW the soundtrack is however an example of original music and already available music working together and gelling to create an interesting collection of thematic material, which is probably down to the director of the movie

Next up is VORES MAND I AMERIKA aka OUR MAN IN AMERICA or THE GOOD TRAITOR.  which has an atmospheric sounding score by composer Jonas Struck, it is a fusion of electronic, choral, and symphonic, the mix of these elements blending and working well. The composer manages to effectively create lilting and mesmerising themes via electronic means, which are at times bolstered and enhanced using conventional instrumentation and effecting vocalising from choir and solo performers. It is a score that I listened to a handful of times before writing anything about it, not because I was not sure that it was good, no just the opposite, I just wanted to go back and hear the quality of the music over again.

The soprano performances are exquisite with the choral work also being near celestial, add to this subtle string passages and delicate piano solos underlined by violin and woodwind and what we have here is a score of immense fragility in places but also a work that just oozes with emotions and purveys a sense of poignancy and  melancholy. Truly exceptional in every way. Available on all digital platforms, I recommend that you to listen.

Next is something a little different, AN AMERICAN PICKLE is a comedy and focuses upon an immigrant worker who has been accidentally preserved for a hundred years and wakes up in modern day Brooklyn.  Yes you read that correctly, told you it was a little different, it stars Seth Rogen and Sarah Snook and is directed by Brandon Trost. Music is by Michael Giacchino who is credited for composing the original themes and Nami Melumad who is credited for the original score. This is an HBO Max production so therefore only available there. The score is interesting and is filled with little nuances and references that are comedic in a Yiddish kind of fashion, I am sorry but I did think straight away of FIDDLER ON THE ROOF  on first listen, but that is unfair of me as it is an interesting and also an entertaining listen. At times it is slightly over dramatic and over the top, but that is I think its appeal. It also has its more serious and melancholy side within cues such as the touching and poignant JOINING THE KADDISH, which must be the most outstanding piece on the soundtrack. I have to say its an ok score, but one that I did find myself losing interest in mid-way through the recording, but I do find this with a number of Giacchino scores, I am sorry to say. Nothing really that original or outstanding here.

WHAT WE FOUND is an interesting movie and also has an equally interesting score, three high school  friends decide to search for a friend when she goes missing, the police  seem to be reluctant to do anything, so the three comrades take it upon themselves to look for her, but are unbeknown to them embarking upon a perilous and harrowing journey. The musical score is an apprehensive and somewhat claustrophobic affair with hints of themes and little quirks and sounds adding to its atmospheric and dark sound. Composer Sam Hirschfelder has produced a soundtrack that is a varied and entertaining one for a thriller that has horror elements. With glimpses of light creeping into it via solo piano and jazz orientated sections. In many ways the lighter sounding parts of the score are reminiscent of Dave Grusin, but these are few and far between, with the darker elements of the work having the upper hand.

Or at least being more prevalent but saying this the jazz style does weave in and out of the work with some regularity forming a foundation on which the remainder of the score is built. It is a good score with inventive orchestration and a distinct sound, certainly worth a listen.  Again, it is available on digital platforms.

Composer Beatrice Thiriet, has written some touching and highly emotive works for cinema, her score for LADY CHATTERLEY being just one example of poignant and affecting music in film, but that was in 2007, one of her more recent scores is, TOUTE LA BEAUTE DU MONDE which is stunning, and now the score for VOIR LE JOUR has been released, again this is overflowing with a glorious abundance of thematic material. There is a fragility and a delicate air to this work that attracts one’s attention, it is a pleasurable listening experience, and has to it a varied and inventive content. The composer utilising solo instruments such as piano, guitar and cello to purvey the emotion and the powerful yet fragile musical persona. There is an astonishingly beautiful aura present within the work that makes it alluring and irresistible. Some of the compositions are simple but therefore they become so mesmerising and attractive, it is the simplicity and the pureness of the sound that shines through. With a style at times that evokes the romantic themes of Basil Poledouris, more specifically THE BLUE LAGOON. It is a soundtrack that one can listen to over and over, but on each outing one discovers something new and fresh. Recommended.