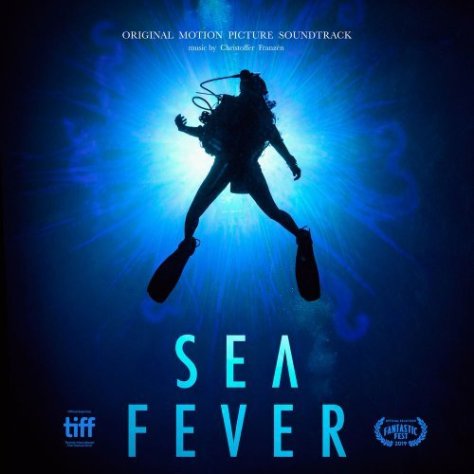 The movie SEA FEVER is soon to be released in the UK, it’s a thriller/horror, which has a plot that has probably been done so many times in various guises and incarnations, in fact I suppose this type of plot has been explored in hundreds of movies, not exactly in the same way but the basis of the plot is present in a number of movies as far back as the 1940’s. The plot focuses upon a marine biology student, Siobhan played by Hermione Corfield. She goes on a voyage aboard a fishing trawler who crew are shall we say not the politest and the most gentile. The trawler gets to the mid-Atlantic and it is here that they encounter a mysterious creature, which snares the vessel and maroons its crew and Hermione. As the story unfolds the crew members begin to become ill and it is left to Hermione to try and save them. Directed by Neasa Hardiman the movie also stars Connie Nielsen and Dougray Scott, it has a highly affecting and atmospheric score by composer Christoffer Franzen. 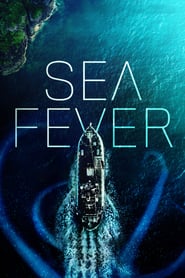 There are some wonderfully lyrical sounding interludes within the score which in the main are performed by solo violin, however for the majority of the work is a fusion of symphonic and electronic, with in my opinion the electronic having the lions share, but saying this the way in which the composer blends the synthetic with elements of the more conventional is well done, and at times it is difficult to tell if the music is being performed by orchestra or samples etc. There is a menacing aura to the work, with sinewy string arrangements, female voice and sinister soundscapes, its one of those scores that makes the hairs stand up on the back of your neck and arms, there is an icy virulence to this score, an unsettling and apprehensive air is prevalent throughout, an atmosphere that is perfect for the movie, but probably does not make for listening to just as music. But, nevertheless an impressive score.