Music inspired by the Motion Picture
Composed, and Conducted by Howard Blake
DDR687 Dragon’s Domain Records.
Many, many years ago, sometimes it seems in a different existence, a colleague from work and myself travelled up from the coast of Devon to Harrogate in Yorkshire, where the Menswear Trade was holding it’s half yearly Exhibition , when it previously it was held in Earls Court in London . I can’t recall where we were staying, but most of the hotels were close together. I recall going to The Old Swan Hotel, where some Exhibitors were showing, and then to the Royal Baths. It was worlds away from the bustle of London, and a superb relaxed atmosphere and I always recall it with enjoyment. I am pretty sure there was a plaque on the wall of the Old Swan re Agatha Christie , but I can’t really remember. I know now I walked the way of Agatha Christie all those years ago, and later Vanessa Redrgave did some ten years on from my visit.

Agatha Christie disappeared from home for well on 11 days in 1926. A nationwide hunt was launched for her, her marriage was going through a tricky period, and no one really knew where she was. When Ms Christie published her auto-biography many years later, the episode was basically glossed over, so no-one will ever really know what happened. Kathleen Tynan wrote a book on the story and collaborated with Arthur Hopcraft on a screenplay.. It was also well known at the time, that the Christie Family tried to get the Movie stopped and put up a fair bit of opposition against it, though, ultimately to no avail Vanessa Redgrave was cast as Ms Christie, not exactly type casting , certainly nor in stature, as Ms Christie was not exceptionally tall, and we as know , Dustin Hoffman who was cast as Wally Stanton, a fictional Newspaper man who eventually found her, is not , shall was say, that tall. So their scenes together , were somewhat incongruous , which didn’t help with the acceptance of the story . That said it was stunningly photographed and the whole venture had a fell of loss, hidden feeling and untold pain.

Which of course, would have been something a good ,well written score would have provided. When we originally saw the film, it probably wasn’t known that Howard Blake wrote an original score which subsequently dumped when it seems that Vanessa Redgrave wasn’t too keen on it. I should say that a lot of the coverage on this side of the story is highlighted in the CD Booklet so I won’t go into here. suffice to say, it was felt that a more modern score with a song was needed. Cue the arrival of Johnny Mandel, a consummate musician who’s great achievement must be rated as his score of the Richard Burton / Elizabeth Taylor movie THE SANDPIPER with its superb song “The Shadow of your Smile”. Which all worked sublimely there but in AGATHA, whether it was time restraints or lack of direction, Mr Mandel came up with basically a one tune score which at the end was worked into a song with lyrics courtesy of Paul Williams. He made the movie more sentimental and it did not propel the story or delve into the minds of the characters as it should have done, indeed I often felt it seemed to be written for a different film all together.

Which brings me, at long last to the main subject of this review. The score of Howard Blake which thankfully has been preserved and showcased in this amazing CD.

As an admirer of the works of Howard Blake for a very long time, I thought that his masterworks were THE DUELLISTS and THE RIDDLE OF THE SANDS (a particular favourite), but how wrong I was. Add AGATHA to these masterly scores.

Right from the opening cue (Prelude) we have a score that has been carefully thought out, lovingly created, and recorded with a clarity that takes your breath away. Whereas A MONTH IN THE COUNTRY tapped into the more Pastoral nuances of early 20th Century Orchestral music, here whilst sounding definitely English , has more cosmopolitan feel, more provincial, and full of a sense of not really knowing where the film will take us. Does it end up a possible murder mystery, a love story , a bit of both, or the novelist, just escaping from a marriage that has totally broken down. Coupled with the fact that as has mentioned before, the two main characters are not really written well enough for you to care what happens to them. Here Howard Blake’s score would have accomplished that. What you could not see on the screen or hear in the script, the score is telling you and propelling one to a end that anyone knowing the story before hand would have known

The Prelude sets the Scene and introduces the main theme, finely tuned and exquisitely orchestrated, which will surface again in “Agatha and Wally”. “Schnee” is almost atonal, but Howard very rarely goes down this route and there is a underlying sense of melody. “Following Baths” is a faster cue , where, is Wally following Agatha??. Maybe not. “Therapy Room Door” is very dramatic, drums and full orchestra. whilst I reserve full praise for a 6 minute cue entitles “They Don’t Believe / Closing”. To me it sounds like “They Didn’t Believe Me, originally written by Jerome Kern and Herbert Reynolds. It is not played in full or sung but running around one minute, just quoted segues beautifully into “Closing” – harp, strings and woodwinds utilising the principal theme to bring the score to a satisfying conclusion 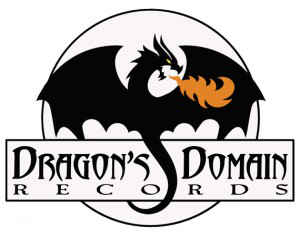 Anyone remotely interested in British Film Music should avail themselves of this recording. It is required listening. Certainly it a major canon in the works of Howard Blake. Much as we all love THE SNOWMAN, there is much, much more than this score to the continuing genius of Howard Blake., but then we know that anyway!!