After collecting film music for nearly 60 years now, I am still amazed at the amount of highly talented composers that there are out there working in film that have not really achieved the recognition that they so rightly and richly deserve, There are also numerous composers that have been recognised and even honoured that still remain in the background and are sadly only a second or third thought when composers list their favourites. One such composer is Armand Armar, I do not think that I have ever seen this wonderful composers name on a list of favourites from any collector, yet when one sits and listens to his scores for films, television and documentaries one cannot fail to be moved emotionally and mesmerised by his obvious talent for melody and his skilful placing of music within any of the mediums. 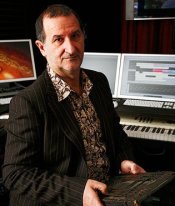 His output is vast and is always an enriching and rewarding experience whether one listens to it within the film or project it is enhancing and ingratiating or sitting just listening to it as stand alone music. It is an odd thing that Armand Armar is not more of a to use the cliché Household name, after all his list of credits are endless or it seems that way when you look at them and he has been the recipient of so many awards from all over the globe. His use of voices and the inclusion of ethnic instrumentation is I think why his music is so attractive, alluring and interesting. There is no doubt that his compositions are innovative and emotive, the composer being totally in tune with each and every project he has worked on. 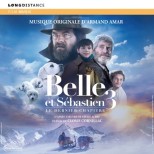 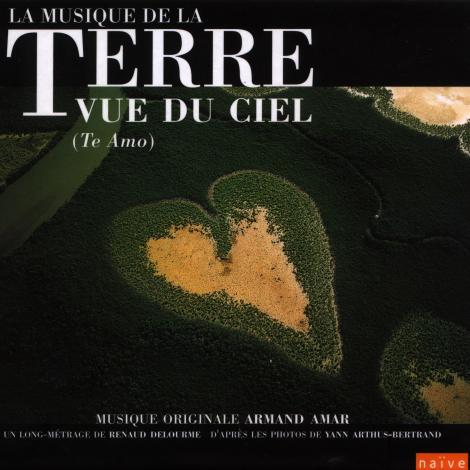 Armar has a light and delicate style that never overpowers or cramps the scenarios or situations that are unfolding on screen and the way in which he scores a movie is not unlike an artist adding colour and character to a blank canvas, bringing it to life with the stroke of a musical brush. Yes there are powerful and even highly dramatic interludes within his work for cinema and TV but these simply enhance and never swamp or overwhelm the visual or aural moments, but instead add depth and create an even greater impact. He as a composer can elevate a scene by the utilisation of a simple or what sounds simple collection of notes performed on woodwind, solo piano, violin, a mournful cello or even by the use of male or female voices. There is just something about his sound and style that not only pleases and entertains but haunts the listener and serves the film, the composer creating fragile, delicate, commanding and enduring musical motifs and passages that colour and adorn.

Born in Jerusalem to French/Moroccon parents, Armand Amar spent most of his earlylife in Morocco. Whilst growing up there he began to take in all of the sounds of the instruments that were native to that country and also others that had found their way into Moroccan musical culture. At the time these instruments were rarely heard outside of the African continent and were also considered to be somewhat exotic. It was hearing these and also in later life experiencing the more European sounds that has shaped and influenced the composer and has also enabled him to utilise and fuse both musical cultures and use them within his music for film and TV.

Amar is a composer who is constantly searching for unusual instrumentation for his film scores and musical compositions in general. He has taught himself to play Tabas. Zarb and Congas whilst at the same time studying under a number of more traditional music Masters, where he was schooled in composition, counterpoint and other musical avenues.  The composer discovered dance in 1976, following an invitation from the South African choreographer and trained anthropologist Peter Goss. Which proved to be a decisive moment in the musicians career. Writing muscfor dance he thought allowed him freedom to write music he wanted to and also allowed ato improvise.  Two other challenging ventures broadened his scope further: these were his involvement in Patrice Chéreau’s actors’ school and his teaching at the Conservatoire National Supérieur [Higher National Music School] which focused upon the relationship between music and dance. Since these first forays into writing music for dance the composer has worked with various choreographers from the different parts of contemporary dance (Marie-Claude Pietragalla, Carolyn Carlsson, Francesca Lattuada and Russell Maliphant ).

His involvement in composing for dance shine through within his work for film and TV in projects and assignments such as, The Axe  (2005), Eden is East (2009) both films by Costa-Gavras. The Concert (winner of the César /Best Soundtrack of the Year Award 2009), Live and Become (2006), The Source (2011) directed by Radu Mihaileanu, Days of Glory (2006), Blame it on Fidel (2006) The First Cry (2007), The Maiden and the Wolves (2008) and You will be my Son  (2011) directed by Gilles Legrand and so many more. In August 2014, Armar was awarded the Amanda Award/ Best soundtrack of the Year for the music of the Norwegian director Erik Poppe’s movie A Thousand Times Goodnight. He more recently composed the music for Belle et Sébastien, l’aventure continues which was directed by Christian Dugay and HUMAN which was directed by film maker Yann Arthus-Bertrand. His most recent work is for director Gilles De Maistre on the movie MIA AND THE WHITE LION which contains a wonderfully melodic and haunting soundtrack. Many of the composers scores and works for dance are released on his own label LONG DISTANCE the majority of which are available via I.tunes or Spotify, he has also released a number of his movie scores on Naive records. The music of Armand Amar is something that has to be heard to be believed, please do not take my word for it go and discover it yourselves. Maybe start with MIA AND THE WHITE LION or go back a few years and savour the haunting tone poems of THE MAIDEN AND THE WOLVES. I guarantee you will not stop there.