The first time I heard Laurent Eyquem,s music was for the movie COPPERHEAD, which got me hooked straight away, well I say hooked more like interested and fascinated that a composer such as this I had not heard of before. I then heard a few more of his works that were for in the main movies produced in South Africa and the composer very kindly sent me a download of his score for WINNIE MANDELA, this led to an interview with him and then I realised just what a great talent he was. One of his latest assignments is RAGE-TOKAREV which is a tense action thriller starring Nicholas Cage. Cages characters daughter is kidnapped and he turns to his old acquaintances in the criminal world and reverts to his old ways to try and get her back. The score for this drama is a multi coloured and varied styled score which seems to encompass an entire palette of sounds and musical textures during its running time. Poignant and touching tone poems are accompanied by nervously tense and highly combustible tracks which have at their core thundering percussive elements that drive headlong at a break neck speed to create that edge of the seat tension that is required in movies such as this as in track number 2, THE KIDNAPPING and track number 3, TRYING TO UNDERSTAND which are veritable smorgasbords of sounds both symphonic and synthetic, but the composer fuses these in such a way that they compliment and embellish each other to heighten the drama and create a thrilling and relentless composition. I was struck by the fact that even the more robust and action led cues remain musical and melodic throughout, the composer creating dramatic and powerful cues that are dynamic and pulsating but have solid thematic properties. I must admit that it is the quieter moments within the score that attract me personally more than the action material; the composer has the ability to create haunting and subtle musical phrases that are highly emotive and in a word beautiful, as in cues such as BODY FOUND, THE PAIN and the plaintive and emotive BOX FULL OF MEMORIES. The composer also utilises female voice within the work which adds a fragility and delicate tone to the proceedings. Solo piano features large within the score also and it purveys an atmosphere which is calming but also at the same time is filled with melancholy. 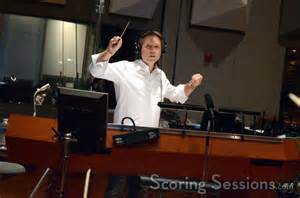 The score does have a particularly attractive central theme which is at times performed by piano and also is give a fuller and more expanded work out by the string section who give the theme a sweeping, luxurious and lavish sound.
This is a score that I recommend you add to your collection, and while you are listening to it make sure you have your pc on to go to one of those well known sites that sell music because as soon as you hear the artistry and the richness and the freshness of Laurent Eyquem, s music you will be looking for more of the same. Presented well by Caldera records with informative notes by Gergely Hubai and eye catching art work by Luis Miguel Rojas. The CD was produced by Stephan Eicke and John Elborg.

Composer Guy Farley is one of those names one sees on numerous credits of movies and is a composer who always produces wonderful scores for any genre of film. Sadly he seems to very rarely get credit for his musical prowess and his expertise in the art of film scoring, which can also be said for many composers who work in film and television who continue writing great scores that are unfortunately sidestepped or overlooked for the more lucrative and spotlighted scores from big Hollywood productions which contain music by composers who in most cases do not even come close to the talents of lesser known Maestros who work in the field such as Guy Farley. The SECRET SHARER is an interesting score and contains a number of oriental sounding instruments within its make up, it has a central theme that is in my opinion very European in its style and sound, in fact the utilisation of the accordion and later the trumpet and woodwind to relay this piece did remind me some what of IL POSTINO and also evoked memories of Rota’s GODFATHER soundtrack. It is however the highly melodic and romantic sounding themes that fill the score which attracted me to it. The composer uses the string section and also piano to purvey a sense of romanticism that is tinged with melancholy throughout the work, Farley also brings into the equation woodwinds, harp, horns and ethnic flutes and percussion. For me also there were little nuances and quirks of orchestration etc that gave the work a certain Barry-esque sound, the rich sounding strings and also the composer’s obvious gift to create haunting musical passages that are delicate, fragile and highly emotive bringing forth some beautiful and stunningly touching melodious pieces. This score is certainly worth having as I know that you will return to it many times to sample the highly emotive and poignant compositions. But hang on there is more as they say. The compact disc also includes the unused score for the South African movie TSOTSI (2005) why this score was unused I do not know as it is wonderfully earthy and haunting. Farley employing the distinct vocal talents of Nicola Emmanuel (who also performed on George Fenton’s CRY FREEDOM). Farley enhanced her vocal performance with ethnic flutes, Ocarina and punctuated these with a sprinkling of African percussion underlining the proceedings with plaintive and at times dissonant strings that bring a richness and depth to the work. Again I have to say that this is work of merit and quality, the composer conveying sadness via his thematic material and also creating an atmosphere that is both dramatic and emotive. Both scores on this compact disc are in a word stunning.

I interviewed Pinar Toprak a few years ago now, I was taken with her versatility and also her fresh and enthusiastic attitude and approach to scoring motion pictures. Her music struck a chord with me (forgive the pun). Her compositions I thought were interesting and above all original and entertaining. I am pleased to say that her score for THE RIVER MURDERS has been released by Caldera records, and they have seen fit to give us an extra treat by including her score for SINNER on the same compact disc. THE RIVER MURDERS was released in 2011, and I always wondered why a score that was so good had not had an official release, the film too was an entertaining thriller about a serial killer which starred Ray Liotta and Christian Slater. The surprising thing about the soundtrack is that it contains just two live performances, by this I mean two solo performers, the remainder of the score is constructed and performed on synthesizer etc, but would you know this if not told of it, I doubt it. It is a credit to the artistry of the composer and her skills in the actual orchestrating or fashioning of the music and the way in which she fuses the synthetic with the actual solo performances flawlessly. The central solo instrument is cello, wonderfully performed by Tina Guo who I think we have all heard at some point.

She actually takes the music and lovingly purveys it via her cello giving it heart, soul, depth and substance and also via her performance adds real passion to the proceedings. The second soloist is Liz Constantine who provides the haunting vocal performance on the score. Guo’s heartfelt cello performances combine with Constantine’s unblemished vocalizing on occasion within the score to create a wondrous sound that manages to invade the listener’s inner being, the most expressive performance that showcases both the performers talent is for me track number 12, END CREDITS, where we are also treated to a celestial sounding choir. It is also Guo’s performances throughout the score that bring the whole thing together, her sorrowful and poignant sound acting as a bridge between the more dramatic and atonal sections of the score. In many ways the style of music, especially the sections written for cello, evoked memories of some of Ennio Morricone’s work for example, MOSES THE LAWGIVER, and Guo’s performance is not dissimilar in stature and quality to that of the great Dino Asciolla who is a performer that Morricone utilized on many occasions, the choral sections also reminded me of Morricone’s style for example CASULTIES OF WAR with cello weaving its magic within the vocal performances to elevate them to a higher plain, this I think is demonstrated to a greater degree within track number 2, THE FATHER,THE SON AND THE LETTER. 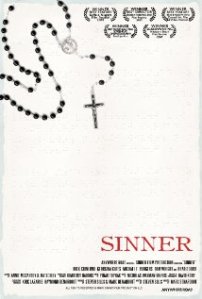 Of course the score does also contain a number of darker and more ominous sounding passages which are largely atmospheric but still contain some thematic properties, Toprak subtly hinting at a more serious, chilling and fearsome atmosphere, with a sprinkling of piano that is underlined by a faint but threatening background. This is a highly emotive and expressive work, and one that you will love. The compact disc also contains the composers score for the 2007 production SINNER, which is also a delight, mesmerizing violin and piano are the main stays of this work, and together and also as solo performances offer up a richness and luxuriously melancholic sound that is hauntingly beautiful. Again I am sure SINNER will delight all who listen to it. A wonderful release from Caldera containing two infectiously attractive works. Also includes a 7 minute audio of the composer talking about her career,and informative liner notes courtesy of Gergely Hubai with a number of stills from The River Murders. Please do not miss this one.