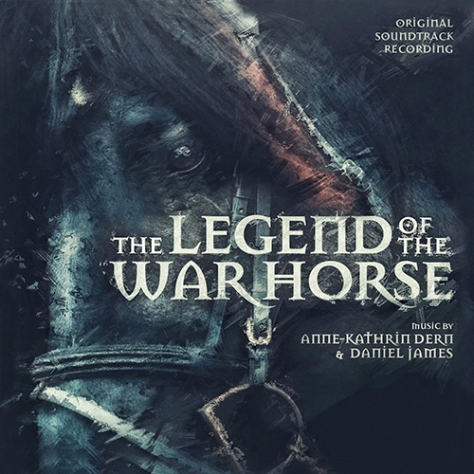 Recently I reviewed a few soundtracks that were music for theatre productions, which was a first for me, today I discovered a soundtrack that was written for an open air play, set in Mongolia THE LEGEND OF THE WAR HORSE focuses upon a Mongolian soldier who leaves his home and family to fight to protect them. The film or play features hundreds of horses and a number of aerial set pieces, to match the exciting and highly dramatic storyline composers Anne Kathrin Dern and Daniel James have collaborated to create a score that is not emotive and touching, but as one would expect contains grandiose and epic action compositions, which are fast paced and powerful, but are also at all times rich with a wonderful thematic quality. The score contains a number of cues that incorporate traditional sounds and also folk instrumentation from Mongolia, which adds authenticity to the proceedings. Particularly effective and haunting is the use of Matougin which is the earthy and at times quite unsettling sound of throat singing, which can be heard straight away in the first track INTRO or at least a fleeting performance of it as it soon gives way to a beautiful lilting theme performed by strings before returning to be accompanied by the strings to realise a superbly affecting opening. The action pieces, however, are in the style of epic film scores and at times evoke memories of the work of Jerry Goldsmith, John Williams and more recently Hans Zimmer and even to a degree James Newton Howard. This is evident from the off in track number two, CAVALRY, strings and percussive elements combining with a scattering of brass to launch us head on into the score, choir is added and the strings underline its performance before combining again with brass to fashion an exhilarating and totally exciting composition that is unrelenting in creating a commanding persona but also remaining fully thematic. Track three, HOME is a more down tempo affair, and has to it a lilting and alluring sound created via strings, wood wind and ethnic instrumentation, however it also retains a western film score style, the composers combining both to achieve an effective sound. Track four, is just a rollercoaster ride musically with symphonic combining with Matoguin, in a fast paced and driving composition, with strings pushing the piece forwards underlined by percussion and further embellished by brass, it is more than powerful it is a potent and dominant piece that is a formidable musical force. 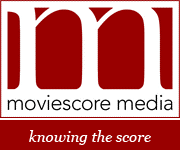 I have to admit I love these action scores and also am a big fan of the use of ethnic instrumentation and traditional sounds and music, and THE LEGEND OF THE WAR HORSE is a score that I am sure has something for everyone, it oozes drama, romance and there are even comedic sounding interludes scattered throughout. Above all it’s a soundtrack that fans will listen to and not see the need to reach for the fast forward if you know what I mean, it is a consuming and entertaining score, that I for one will be returning to a few times today. Take a listen to track number seven HORSE RACE for example, and you are there in the thick of it, racing along and loving every second of it. Track number nine too is a favourite of mine, THE WOMEN DANCE PART 1, Is I cannot help thinking maybe even a kind of western homage or at least western film flavours can be heard within it that Elmer Bernstein would have been proud of.  And tracks such as SWEET BREEZE, TWO LOVERS and PASSION are totally captivating and charmingly attractive. Released on digital platforms by Movie Music Media, let us hope it will not be long before a record label picks this grand sounding work up and releases it on compact disc. This is a score that demands you listen and also commands a CD release.  recommended.