THE SESSIONS   PART ONE.

In November 1995, I travelled to London’s Whitfield Street recording studios to sit in on the recording sessions for two albums that were being recorded by the British soundtrack label Silva Screen. These were HORROR and THE DEVIL RIDES OUT music for Hammer films composed by James Bernard. The label had found success previously when they re-recorded music from other Hammer horrors in their landmark album MUSIC FROM THE HAMMER FILMS which was issued originally on both long playing record and compact disc in 1989, the compilation included mainly the music of James Bernard, but also had within its running time a stunning suite from VAMPIRE CIRCUS by David Whitaker and also an equally interesting suite of themes from THE HANDS OF THE RIPPER by Christopher Gunning.

Based on the success of this re-recording Silva Screens David Wishart, James Fitzpatrick and David Stoner planned further re-recordings of not only Hammer film music but other pieces from the horror genre. On this occasion the first sessions were to focus more upon non James Bernard scores and to my delight WITCHFINDER GENERAL was on the schedule, Philip Lane had reconstructed the music from the score by Paul Ferris and had arranged the principal themes into a wonderful suite, which included the haunting love theme and opening theme from the movie.

The recording engineer was Mike Ross Trevor who was a familiar face to many collectors of movie score’s, the orchestra was THE WESTMINSTER PHILHARMONIC who numbered nearly 100 musicians, under the very able guidance of conductor Kenneth Alwyn. I arrived late thanks to British rail, and was met with a crowd of young girls and boys making a bit of a din and holding cameras in hand. Sadly theses were not for James Bernard, Carlo Martelli or Buxton Orr, but for Madonna who was recording an album in the studio next door. I got through the crowd and into the studio, the session had already started and the orchestra were already in full flight giving a thunderous performance of Buxton Orr’s CORRIDORS OF BLOOD,

I have to admit I did not recognise this at first but soon was reminded of what it was by David Wishart. I also did not recognise David Stoner, which was a little remiss of me! I had spoken to David Many times but only met him the once before, I soon however recognised the voice when he told me “It’s going really well”. Also in attendance at that time were composers Carlo Martelli, Buxton Orr plus Dimitri Kennaway (Benjamin Frankels stepson) and also his Mother Frankel’s widow. 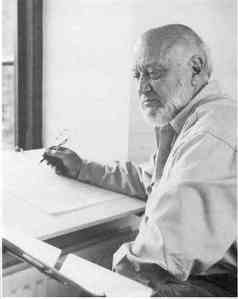 Day two and this was a session I was looking forward to because WITCHFINDER GENERAL was on the running order for that day; the session was running late because of THE CURSE OF THE WEREWOLF which was still proving a little difficult for the orchestra. Frankel’s score for Hammer’s lupine classic was after all a more or less fully atonal work, and the Westminster philharmonic had to have a few attempts at it before they got it sounding the way it should. After approx; 9 takes and the marvellous conducting skills of Kenneth Alwyn everything fell into place and it sounded marvellous.

Carlo Martelli was present once again and I took a few minutes to speak with him, the composer was somewhat worried about how the orchestra would cope with his music for THE CURSE OF THE MUMMY’S TOMB, he felt that this too was a little difficult, however the orchestra took things in their stride and turned out a polished performance which the composer was pleased with. Next up was the classic British horror THE NIGHT OF THE DEMON this surely is one of the most iconic pieces of music from a horror movie, composed by Clifton Parker, it is a terror filled soundtrack for this recording the orchestra performed the overture, and filled the studio with the sound of horror and foreboding and evoked memories of the demon in question seeking out its victims and ending their existence, swiftly and mercilessly.

WITCHFINDER GENERAL was up next, and after a short break the orchestra came back into the studio to prepare for this, the music was composed by Paul Ferris, who had sadly passed away just one month previous to this recording, WITCHFINDER GENERAL or THE CONQUERER WORM as it was entitled in the United States has since its release become a cult movie and has been hailed as a masterpiece of horror film making by critics and fans alike.

The orchestra acquitted themselves marvellously, and special mention must be made of the string section and the beautiful delicate guitar solos of Harvey Hope. The re-construction by Philip Lane is in a word flawless. The cues included in this 6 minute suite included the Prelude and also the love theme which was arranged by Ferris in the movie to accompany Ian Ogilvy’s character as he rode home from the chaos of the English civil war to his fiancée. During this part of the recording I was invited to sit in the middle of the orchestra which is an experience that I will never forget.

It was at this point that David Wishart informed me that The Horror album would be dedicated to Paul Ferris, a fitting tribute I think. Also during this session the music of Humphrey Searle was on the agenda, these included his brilliant music for Robert Wise’s chiller THE HAUNTING and also Hammer films production of THE ABOMINABLE SNOWMAN, both re-recordings went well and even with a full orchestra in a fully lit studio and the assembled company in the recording booth THE HAUNTING still made me feel slightly edgy and uneasy.

After lunch composer James Bernard arrived. His THE DEVIL RIDES OUT was to be recorded, but as the session was running late it was not recorded until the session had almost finished, they decided to just go for it and try and get it in one take, so after a very quick run through Kenneth Alwyn raised his baton and the orchestra launched into the virulent sounding composition THE POWER OF EVIL from the score. This concluded the session, we would all return in two weeks for more dark delights.

THE DEVIL RIDES OUT COMPILATION.

If I was asked what James Bernard score was my favourite I would find it very difficult to single one out. Obviously his DRACULA theme looms large because it conjures up an atmosphere and feeling of pure evil. The composer’s music adds perfectly the sense of menace to the proceedings of any horror film that he has written for. So when I saw what was to be recorded during these sessions I was in seventh heaven, DEVIL RIDES OUT, KISS OF THE VAMPIRE, SHE and music from QUATERMASS. KISS OF THE VAMPIRE I think was the main attraction for these sessions. The wonderful piano music from the score had been arranged by the composer for this re-recording into THE VAMPIRE RHAPSODY, Bernard told me that the solo piano part had originally been performed by Douglas Gamley, but for this session it would be played by Paul Bateman, who produced a flawless performance par excellence. This stunning performance will be one of the highlights of THE DEVIL RIDES OUT compilation, without sounding clichéd or corny I was literally mesmerized by Bateman’s performance.

Also recorded over the weekend were sections from James Bernard’s SHE which he had arranged into a suite, Bernard confessed this was one of the hardest scores he had composed and had more problems with it than all of his other works for Hammer, but it also turned out to be his own personal favourite. The suite included AYESHA THEME, DESERT RIDE, BEDOUIN ATTACK, IN THE KINGDOM OF SHE and also the music for the end sequence where Ayesha enters the flames and perishes. An additional treat was a suite of music from all the QUATERMASS movies that Bernard scored. THE QUATERMASS SUITE is in the words of David Wishart “Real Horror stuff” and after hearing it I totally agreed. The suite is terrific, tense and dramatic music that is performed on strings and percussion only, this rivals the work of Herrmann in my opinion and is more complex and certainly more harrowing in its overall sound than PSYCHO or VERTIGO, and seeing as Bernard penned QUATERMASS before either of these two Herrmann scores, one has to ask the question who influenced who, if indeed anyone did. The sessions had gone well and we had time to record additional tracks which were destined for THE HORROR album.

Gerard Schurmann’s KONGA and HORRORS OF THE BLACK MUSEUM plus Buxton Orr’s THE FIEND WITHOUT A FACE.  As the sessions ended I was confident that both these compilations would do well for Silva Screen and also that the label had once again restored and preserved some wonderful music from film, which might have been lost forever.

A few weeks later the HORROR album dropped through my letterbox and to my surprise and also delight I saw that David Wishart had used my photographs from the sessions and also had given me a credit in the CD liner. It was also at these sessions that James Fitzpatrick played to me a few cues that he had recorded with another orchestra, these were FRANKENSTEIN CREATED WOMAN and THE SCARS OF DRACULA, which sounded brilliant, the orchestra was THE CITY OF PRAGUE PHILHARMONIC, who as we all know have become a driving force in film music.