Born in San Francisco on May 3, 1908 Hugo Friedhofer was the son of German parents, his Father who was a cellist had studied in Dresden,Friedhofer followed in his Fathers footsteps and began to take lessons in cello from the age of 13 and after taking instructions in harmony and counterpoint at the University of California took up employment as a cellist with the Peoples Symphony orchestra. In the latter part of 1929 Friedhofer moved to Los Angeles and began to work in orchestras that were performing for Fox Studios. After a few years Friedhofer was employed as an orchestrator for Warner Brothers and whilst working for the studio he carried out orchestrating duties on over 50 motion picture scores.It was whilst he was at Warners that Friedhofer worked on orchestrations for Max Steiner and also because of his German background was also assigned to work with Erich Wolfgang Korngold. Max Steiner in particular relied heavily upon Friedhofer,s skills as an orchestrator to transform his musical sketches into full blown symphonic scores, Friedhofer’s skills as a composer and orchestrator became evident in Hollywood,but for some reason he remained in the background for a number of years his ability being overshadowed by the likes of Steiner and Korngold. in particular. In 1937 Friedhofer was given his first opportunity to score a film himself, which was THE ADVENTURES OF MARCO POLO and although he still remained busy as an orchestrator he began to gradually receive more and more assignments and commissions as a composer in his own right. It was in 1946 that the composer wrote the score that was to become a milestone in his career. 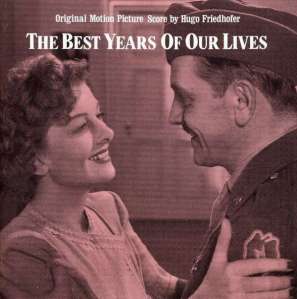 THE BEST YEARS OF OUR LIVES, was directed by William Wyler,and Friedhofer was hired to write the music on the recommendation of fellow Hollywood music-smith Alfred Newman. The music that he composed earned Friedhofer an Oscar for best original score in 1947 being selected over soundtracks by Miklos Rozsa, Bernard Herrmann, Sir William Walton and Franz Waxman. In later years Friedhofer was no stranger to Oscar nominations receiving recognition from the Academy for his work on films such as AN AFFAIR TO REMEMBER, THE YOUNG LIONS, THE BISHOPS WIFE,JOAN OF ARC and ABOVE AND BEYOND. He was greatly admired and respected within the film music composing fraternity. He passed away on May 17th 1981. 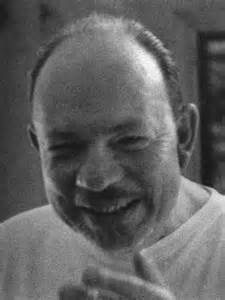 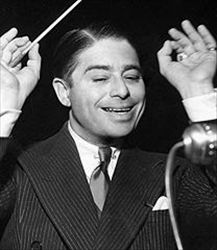 Alfred Newman was born in Connecticut in 1901, he was one of the eldest children in a family of ten.  He began to take a keen interest in music from an early age and aged just 5 years he began to have piano lessons and two years later was performing in public. He studied at the Von Ende school of music in New York, where he concentrated on piano under the tutalage of Sigismond Stojowski and counterpoint and composition under the watchful gaze of George Wedge and Rubin Goldmart. The young Newman made an impression on his teachers and won medals for his high standard of piano performance.  After his time at the school of music Newman continued to take further musical education from Arnold Shoenberg. During his teen Newman began to perform piano to support himself and also his family, after leaving the school and finishing his studies he was introduced to Broadway by the vaudeville producer Grace La Rue, he began to conduct a handful of shows and these became very successful and as they did Newmans reputation as a fine conductor arranger spread. He finally got his big break in 1920 when George Gershwin appointed him as musical director for THE GEORGE WHITE SCANDALS, which ran till the latter part of 1921. Newman continued to work on Broadway for just over a decade, he was involved in numerous productions that involved Gershwin, Jerome Kern and even Al Jolson. 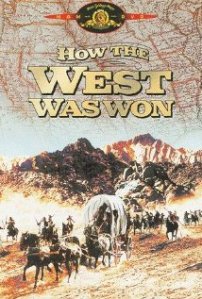 In 1930, Newman received a commission from Irving Berlin and the young composer travelled to Hollywood, Berlin had written the theme for a film entitled REACHING FOR THE MOON, and had asked Newman to be musical director on the movie.  Newman decided that he liked Hollywood and settled in California and it was at this time that the composer met Samuel Goldwyn who introduced him to the studio system. Newmans career is phenomenal and he is probably one of the most prolific composers of film scores ever, he wrote the music to well over 200 motion pictures and acted as musical director and supervisor on hundreds of others, he adapted lots of musicals which had been successful on Broadway when they were brought to the big screen and also worked with Charlie Chaplin, conducting the actors music for MODERN TIMES and CITY LIGHTS, it is also Newmans music that we hear at the beginning of every 20th Century fox movie and TV show, this has to be one of the most familiar pieces of music that is connected with the cinema. In 1940, Newman began to work for Fox, he was MD for the studio and not only wrote numerous film scores during this time, but also hired various composers and assigned them to films.
It was Newman who championed Hugo Friedhofer and also gave Jerry Goldsmith his first big break in the film music arena. Newman’s music was to become a fixture within Hollywood and his sons David and Thomas carried on the family tradition by themselves becoming highly respected and sought after film music composers and his nephew Randy is also an Oscar winning composer and lyricist. In 1960, Newman decided to leave Fox and go freelance, and he was certainly not short of assignments, it was during this period that the composer wrote the powerful score for the western HOW THE WEST WAS WON and provided THE FLOWER DRUM SONG with its musical accompaniment. Alfred Newman garnered forty five Academy Award nominations during his long and illustrious career and won the Oscar on nine occasions. His musical career spanned four decades and his techniques and stylish orchestrations have had far reaching influences at times manifesting themselves within other composers works for the cinema.

Alfred Newman passed away in February 1970, his last film score AIRPORT received an Oscar nomination just one month later.  Newman’s rich and sweeping soundtracks brought a new dimension to the movies he worked on and also like Max Steiner, Alfred Newman was an innovator and an inspiration to numerous other composers. He was also responsible for creating the Newman style for scoring motion pictures,  This System is a means of synchronising the performance and recording of a movie score with the film itself. A rough cut of the film is shown for the conductor to look at whilst in the recording session, the film is  marked with punches and streamers. Punches are tiny marks in the film, for two of every ten frames, creating a standard beat to help the conductor keep time. To synchronise music and action, the conductor then uses streamers, that are horizontal lines which move across the screen at a regular pace. This system devised by Newman revolutionized the way in which films were scored.