Sleeve notes for the up and coming CD release of the music from KATTENOOG. On KRONOS RECORDS.

Music for television is often looked upon as something that I at times refer to as film music’s neglected sister. I say this because there seemed to be a lot of snobbery amongst a number of film music collectors when it came to music for TV. I am glad to say that in recent years this snobbery or ignorance from collectors has ceased and TV scores are now regarded with much respect and held in high esteem by collectors and critics alike. In fact Television music can at times be as grand or even plusher and more complex than certain film soundtracks these days and I am of the opinion that a composer who works in television probably has a harder task establishing themes etc simply because of the time scale and at times the budget that is involved. This in my opinion is the case for the music to KATTENOOG, it is an accomplished work and contains numerous themes and sub themes all of which combine to create a pulsating and highly atmospheric musical score, which enhances, punctuates and supports the various story-lines and images appearing on the small screen. Composer Joris Hermy has created a tantalizing and infectious collection of themes for the series, each and everyone varying in sound and even having a differing style but at the same time the composer manages to make them become compatible with one another, each segment or motif complimenting the other with hints of themes being incorporated into others thus elevating these so that within the context of the series there is musical presence and consistency that adds depth, mood and atmospherics to the proceedings. With the genre of horror or science fiction, music is especially important it is the unseen actor or scenario that heralds that moment of dread or fear and it is usually the music that scares the watching audience well in advance of anything fearful or sinister happening on screen and although I would say that KATTENOOG is not a truly horrific experience but more of an exciting one, it is series which contains story-lines that have numerous twists and turns that do fit firmly within the category of horror that include episodes with Water Monsters, a Magical stone, Witches, Vampires and Zombies. The score is filled with a musical atmosphere and sound that is thrilling and heroic plus there is a menacing air of apprehension and tension which is perfect for the various scenarios and characters within the series. KATTENOOG is more of a mystery or sci-fi/horror experience and this too is reflected within the strong musical score, as it can be uneasy and anxious, then at other points becomes contemporary, melancholy and even upbeat with an edgy but melodic style.

I spoke with the composer Joris Hermy about KATTENOOG.

How did you become involved in writing the music for KATTENOOG?

I have worked with Douglas (The Director) before, so I guess it was a matter of time before we would collaborate on a project like this. Although it’s not only up to the director to decide who will be scoring a certain project, although our previous collaborations certainly helped I think. After our initial chat about this possible collaboration, I started out writing a lot of demo’s to find the right sounds & themes although I was not officially attached to this project yet. The further into the process of brainstorming & creation, the more Douglas and I were convinced I would be the right guy for the job. The only thing left was to convince the production company to choose me as their composer, which they luckily did!
What size orchestra did you use for the score and what percentage of the instrumentation was synthetic?As often with television work there is little to no budget for live recordings. So basically it was me, myself and I. I did insist on having a Soprano singing the melody in the ‚Opening Sequence’ since the Main Theme is a crucial part of the series and the audience will here it every time a new episode starts. I also knew that the Main Theme would reprise on key moments through the series so I could quote this beautiful Soprano performance to it’s maximum effect. Along the way I wrote a couple of cues for important moments that – for me – would benefit from live musicians. Fortunately the producers understood the value of these additional recordings which was a lucky break for me of course. Nothing really beats talented musicians performing the music. 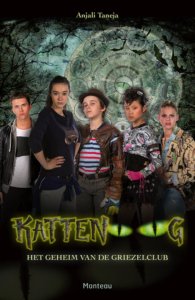 I understand that you wrote over 350 minutes of music for the series, When working on the project did you ever recycle any cues as re-use certain pieces from previous episodes and place them in other episodes?

The total amount of music I wrote must be close to 350 minutes of original composed music yes. If I had known that in advance I’m not sure how I would have responded really since that is a LOT of music. But once you start working, you just keep on going until the work is done. There isn’t any other way. It did help that the score is very melodic driven score, so I could use the main themes for the main characters and quote their theme whenever they appear in the story. It’s important I think to have these kind of melodic hooks that holds it all together musically and add a sense of natural continuity of the story. Maybe recycling isn’t the best word to describe it but yes I would need to adapt the themes, make variations, adjust tempo & scale of instrumentation of these main musical ideas to fit the images as good as possible.

When you were offered the assignment, did the director/producers have any specific ideas or instructions concerning the style of music or where the music should be placed?

Well, let’s say they had a pretty clear idea of what they didn’t want which was a good place to start for me. Since this sort of dark and mystical story for kids hasn’t been done that often before, it gave us the opportunity to bring something new, something fresh, yet recognizable. I think the most important focus was to treat this mainly younger audience as grown ups more than children, so the music had to reflect this as well. You will notice that I wrote quite some dark, ominous and dramatic music at times, but never to the extend that it would scare them beyond their darkest nightmares. I think it’s quite balanced throughout since I also wrote a fair amount of innocent, goofy and fun music as well. It’s always a matter of finding that balance I think. As for style; Douglas and I discussed the possibilities extensively after which I would work on a couple of ideas and present them for feedback. It was an ongoing process of trial and error really. Certain elements – like adding a 80ies retro flair to the sound and yet sound contemporary – were clear from the beginning, while others – like for instance the more dramatic moments – weren’t that defined in this phase of the process. By the time I had the locked footage, I could start scoring to picture with an arsenal of approved themes which made it possible to write such an amount of music in only 10 weeks or so. As for spotting the music; that was usually up to me but after a couple of meetings I knew they liked a lot of it so it was very much ‚wall to wall’ scoring. Sometimes I would double-check certain tricky scenes with Nico Nieuwdorp – who did the final mixing – to decide if it would be stronger not to add music at all. It’s always convenient to have someone around that has a fresh couple of ears.

Do you think that scoring a TV series is maybe more difficult than working on a feature film or a one off TV project?

Both have their challenges I think. Although the approach might be different, the result in my opinion is very similar. Both should enhance the images and support the story as good as they can. But it’s the way of composing that is different to me. For film you need to find the key moment from where to start. It’s not necessarily at the beginning of the film. Composing for television is more linear perhaps, since work starts usually with the Opening Credits from which more ideas emerge for things that will happen along the way. With television you also have more characters- sometimes with their own story lines. This gives you a lot of possibilities as a composer musically and often gives you the ability to write in a variation of styles. I like this diversity actually and it helps to give the series it’s own unique and recognizable voice.

Did you have any involvement in selecting the music for this Kronos Records release?

Absolutely. Mr. Godwin Borg gave me total freedom as regarding to the music I would select, and the order I would put it in. I have spent a lot of time after the project was finished to select, mix, re-edit the music to give it the best possible representation on the album. It’s always a bit ‚killing your darlings’ but in the end less should be more and that was what I was hoping for. I can honestly say that I’m very happy with the final result and I hope the listeners will enjoy it as much as I did creating the score for this wonderful project.

The composer has successfully established a musical persona or personality for the series and has also been equally triumphant in fashioning outstanding themes for its story lines and most prominent or key characters. The opening theme hooks the listener immediately its fairly up tempo beat acting as a background to a wistful and haunting melody that establishes itself quickly with a Soprano voice entering the equation grabbing one’s attention and setting the scene wholly for what is to follow. It is one of those opening themes that makes a statement and leaves the listener wanting more, in fact its got the Jerry Goldsmith TV theme procedure written all over it, by this I mean it has an infectious sound that when heard anywhere in the home will call people to the TV to sit and watch the show, which is how it should work. 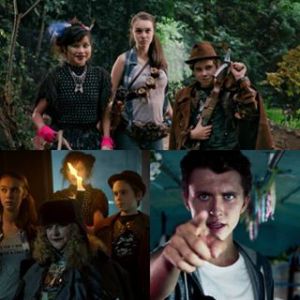 The series is set in Kattenoog, a charming and relatively quiet little village or so we think initially which sits on the edge of a mysterious lake. For many years, the village has been in thrall to the legend of a magic stone that attracts witches, vampires, Zombies and ghosts. To protect Kattenoog’s inhabitants, the Mystery Club was founded a long time ago; Eli, Robin and Simone all dream of becoming members. But that dream won’t come to fruition without a challenging and dangerous adventure. The legend has also caught the attention of Max, Boris and Daphne of Booh-TV, an online channel specialising in unusual and scary stories and myths. They decide to go to the village to see what they can find out about the Legend and the unusual occurrences in KATTENOOG. They soon discover the secret of the Magic Stone at the centre of all the the weird goings on. The series is written by Anjali Taneja who also was responsible for writing THE HOUSE OF ANUBIS, Directed by Douglas Boswell the series is produced by Santeboetiek-Het Konijn and Goed Verhaal for VTMKZOOMand RTL Telekids.