Doreen Carwithen wrote the suitably robust and swashbuckling soundtrack to MEN OF SHERWOOD FOREST in 1954 which was conducted and supervised by John Hollingsworth as it was a Hammer films production and it was in my own personal opinion a case of the music being far better than the film it was intended to support. She was born in Haddenham, Buckinghamshire on 15 November 1922. As a child she began to take music lessons from her mother who was a music teacher the young Doreen starting both piano and violin with her aged just 4. Her Sister Barbara was also highly musical and the two siblings had perfect pitch. At age 16 Doreen began composing by setting Wordsworth’s I Wandered Lonely as a Cloud (Daffodils) to music and wrote a piece for voice and piano. In 1941 she began her training at the Royal Academy of Music and performed cello in a string quartet and also would at times play with orchestras. She was a member of the harmony class that was overseen by British composer William Alwyn, who after seeing her enthusiasm and potential also taught her composition. Her overture One Damn Thing After Another, received its premier performance at Covent Garden under the baton of Adrian Boult in 1947. The same year she was selected by the Royal Academy to train as composer of film music on a scheme that was sponsored by J Arthur Rank. 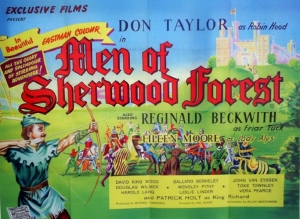 In 1961 she became William Alwyn’s second wife, and decided to change her name to Mary Alwyn, as she disliked the name Doreen, and took her middle name Mary as her Christian name. She later worked as a Sub Professor of Composition at the RAM. She was devoted to her husband and acted as his secretary. After he died in 1985, she decided to found the William Alwyn Archive and William Alwyn Foundation to promote his music and initiate related research projects. She then also returned to her own music. In 1999 a stroke left her paralysed on one side. She died in Forncett St Peter, near Norwich, on 5 January 2003. During her time as a film music composer she wrote over thirty scores her first scoring assignment being for segments of the documentary short , THIS MODERN AGE (1946). Other assignments soon followed and she was particularly busy during the late 1940,s through into the mid 1950,s when she also acted as assistant to Muir Mathieson and at times often acted as an arranger or orchestrator on film scores by other composers and was used many times to assist composers who were running out of time on certain assignments, most of these she received no credit for. She also composed the music for Elizabeth is Queen in 1953 which was the official film of the coronation her other documentaries included Teeth of the Wind(1953), The Stranger Left No Card (1952) and On the Twelfth Day (1956) where her music took the place of dialogue.